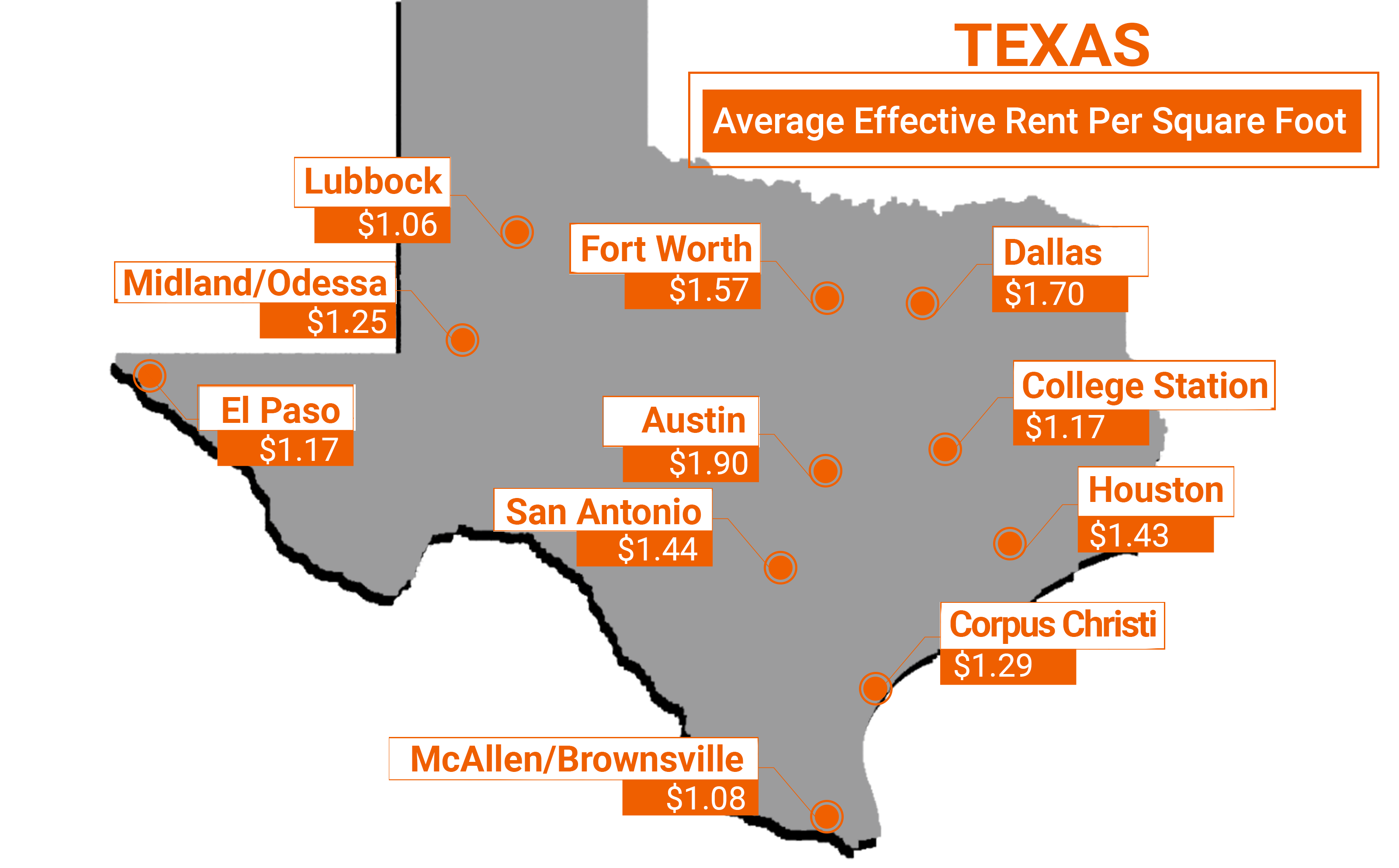 Of the 11 largest apartment markets in the Lone Star State, the state capitol claims the priciest rents per square foot. In Austin, average effective asking rent per square foot hit $1.90 in April 2022, according to data from RealPage Market Analytics. That rate outpaces the prices in other major Texas markets such as Dallas ($1.70), Fort Worth ($1.57), San Antonio ($1.44) and Houston ($1.43). Austin’s average is right in line with the U.S. norm of $1.89, meaning that, comparatively, Texas markets remain an affordable alternative to the national norm. College markets College Station and Lubbock have more modest prices per square foot of $1.17 and $1.06, respectively.