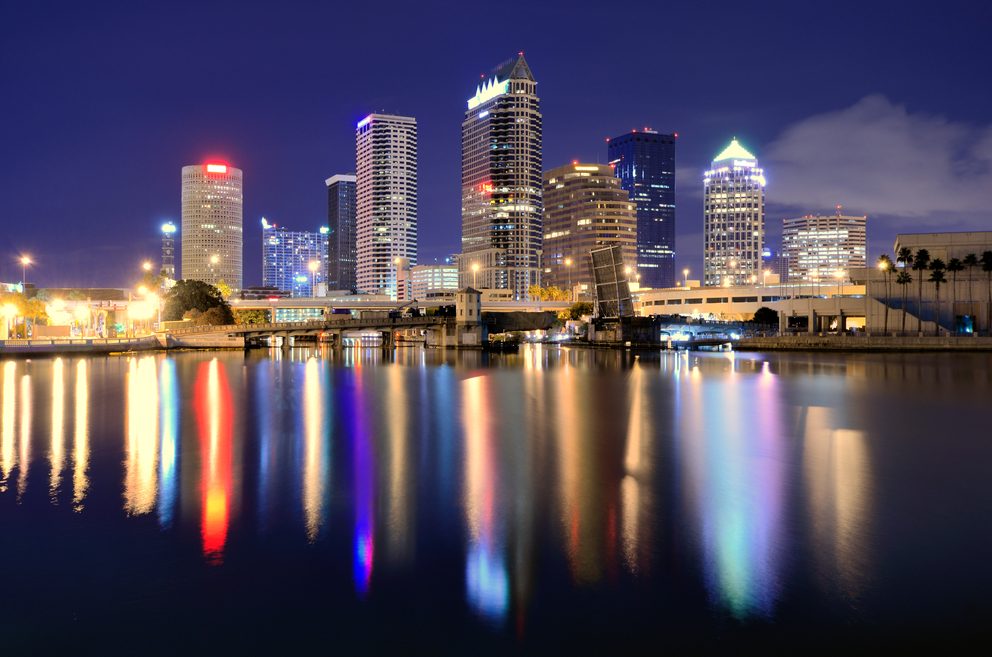 Tampa Bay’s apartment sector hit its stride three years ago on the back of improved job growth, but that momentum appears to be winding down as the supply wave wears on.

Though occupancy remains tight, rent growth levels in Tampa moderated in 3rd quarter 2017. Apartment operators raised rents 3.6% in the past year, a solid result in the national picture but well below the 5% to 7% increases common since 2015.

The rent slowdown occurred as job growth has eased, suggesting operators are pricing units to fill. Tampa’s employment base expanded 2.2% in year-ending October 2017, down from the annual expansion pace of roughly 3% to 4% seen in most quarters since 2015. The slowdown occurred across nearly every market segment. 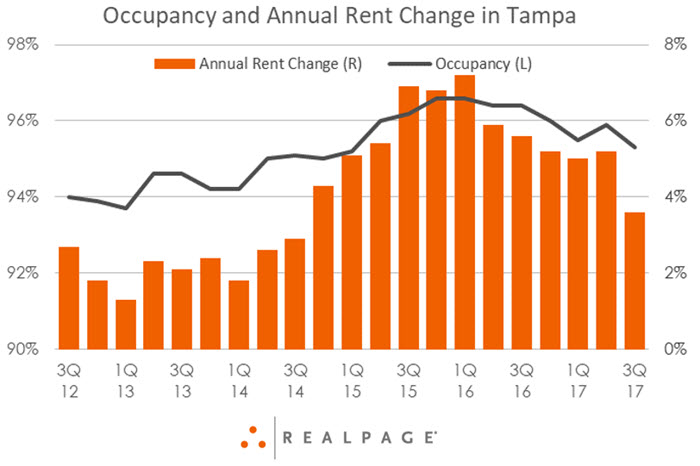 Demand has moved in step with the local economy, as absorption levels have flattened in recent quarters to levels well below robust volumes seen throughout 2014 to 2016. Absorption for the 12 months ending 3rd quarter 2017 landed at 1,812 units – a quarter of the peak volume two years ago. Still, occupancy remained essentially full at 95.3%, albeit down 1.1 percentage points year-over-year.

That occupancy decline came as more than 5,300 new units completed in the Tampa area. Those new units are the latest in a four-year supply wave that has grown the metro’s inventory 7.6%.

Tampa’s supply-demand imbalance could continue throughout much of 2018. At the end of 3rd quarter 2017, more than 8,224 units were under construction – a figure that essentially matches the metro’s three-year average. Central Tampa is set to receive nearly 40% of those units. With elevated development activity, Central Tampa operators have struggled to raise rents. The submarket recorded rent growth of only 0.2% in the past year – a stark contrast to the 6.3% annual growth registered in the previous quarter. But major shifts aren’t unusual for the metro’s downtown area. Central Tampa’s pricing power has fluctuated throughout much of the cycle.