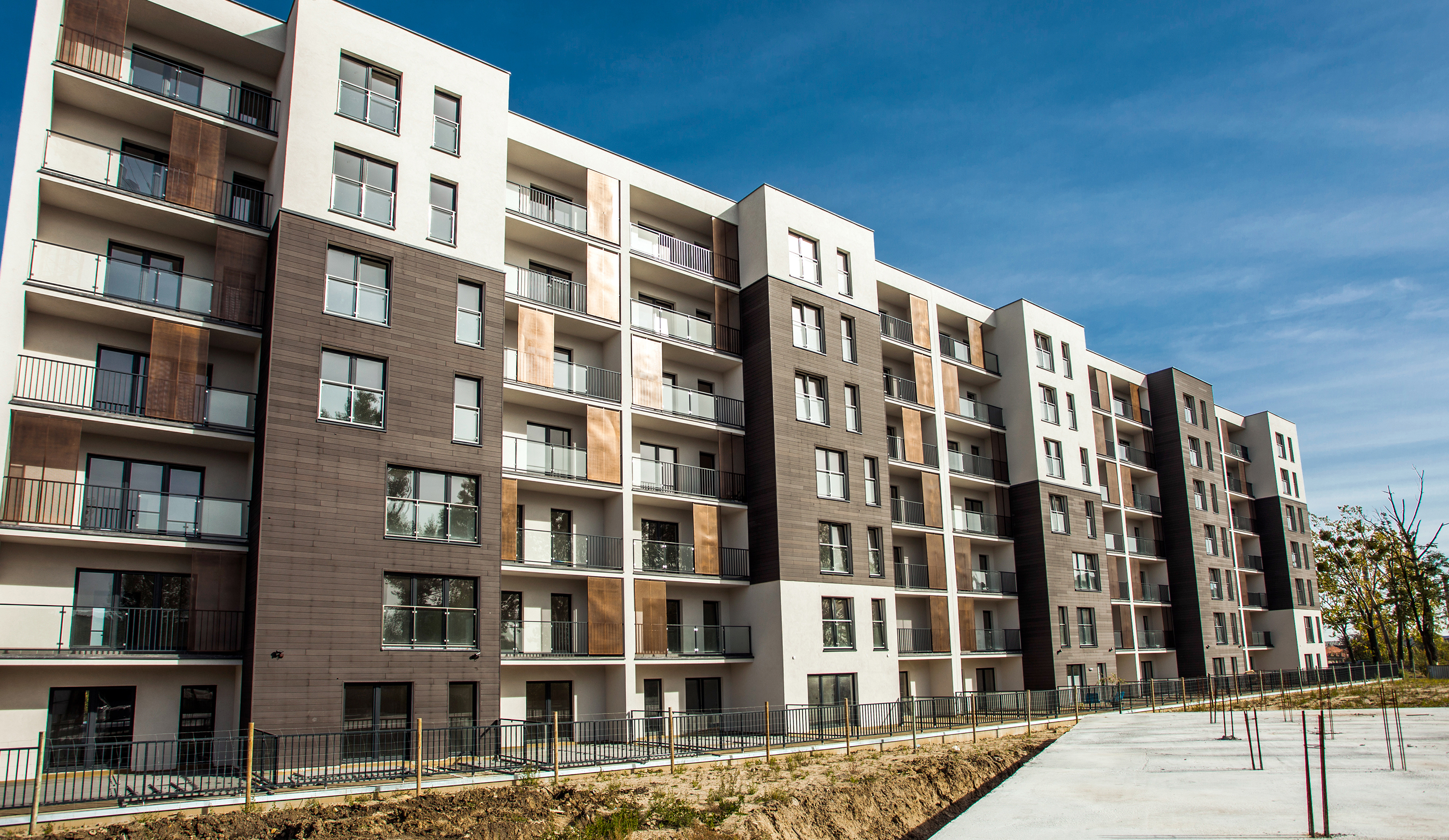 by   Julia Bunch
in   Uncategorized

Urban cores have largely rebounded from the pandemic-induced performance lows seen over the last couple years. That’s good news for several reasons, especially as many downtown submarkets are set to receive a significant share of their market’s new supply over the next year.

Pent-up demand and strong absorption will be met with high supply in several markets across the U.S. In 10 of the nation’s 50 largest apartment markets, annual supply expected in the urban core over the next year will account for over one third of the market’s total, according to data from RealPage Market Analytics. 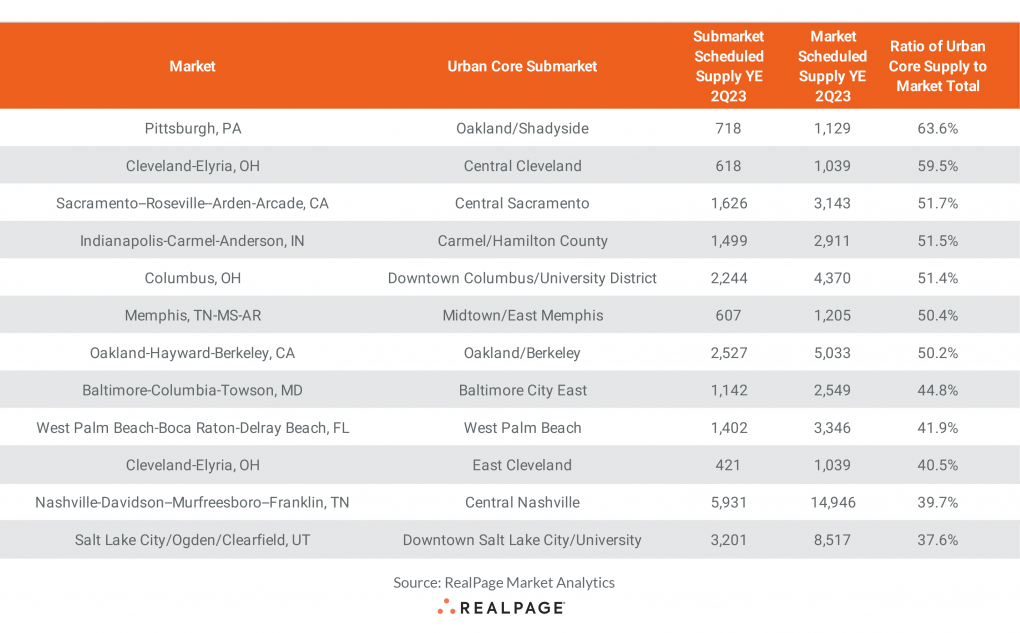 In many of these markets – particularly Cleveland, Pittsburgh, Memphis and Baltimore – expected new supply over the next year will be low, registering around 1% net inventory growth. Still, Cleveland is set to receive all its new supply in the year-ending 2nd quarter 2023 in its two urban core submarkets of Central Cleveland (about 60%) and East Cleveland (about 40%). In Pittsburgh, Oakland/Shadyside (718 units) and Central Pittsburgh (303 units) will bring a combined total of over 90% of all new supply in the next year.

By contrast, elevated new supply in Nashville has been the norm of late. That will remain the case over the next year as nearly 15,000 new units will grow that market’s inventory by a whopping 9%. Central Nashville – where new supply has also been elevated for quite some time – will claim nearly 6,000 of those units.

Salt Lake City’s expected 8,500 new units in the next year will grow that market by 7.3% as over a third of those units hit the Downtown Salt Lake City/University submarket.

Checking In On Rent Recovery in Gateway Metros