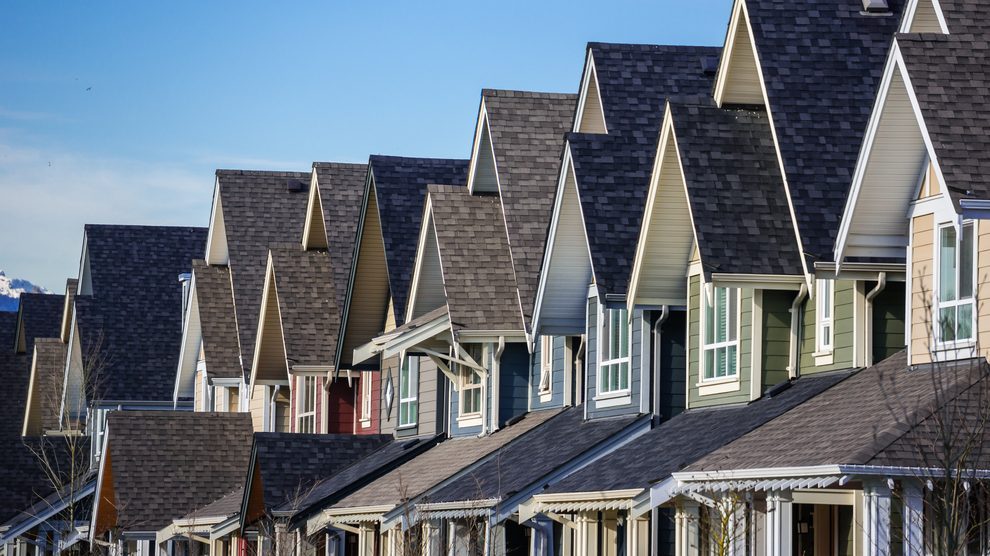 by   Brandon Crowell
in   Research & Trends

Overall, urban core rents have increased about 14% since 2013, while suburban rents have grown about 19%. Going forward, suburbs are expected to continue to outperform urban core areas for rent growth, though the margin is expected to narrow considerably as urban core supply is leased up. But to understand the broader scope of apartment fundamentals, we need to look at another foundational component of the apartment market: occupancy. 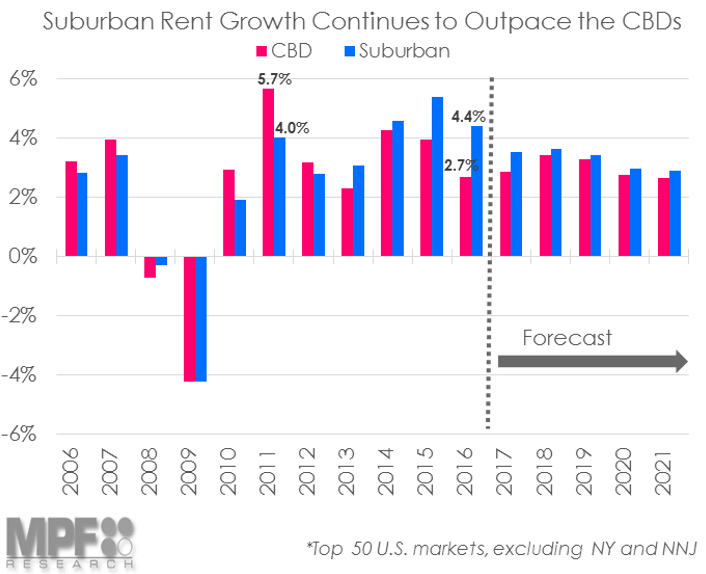 When looking at apartment occupancy through the urban/suburban lens, a clear trend emerges. Occupancy has historically been tighter in urban core submarkets. That was the case in most of 2010 through 2013 as strong demand for units in the urban core pushed occupancy rates higher than their suburban counterparts. In turn, with not enough new supply to satiate demand, rent growth in the urban core accelerated. It wasn’t until 2014, when deliveries reached their post-recession peak, that occupancy rates in urban core submarkets briefly came in line with the suburbs. But after 2014, the story shifted. Strong demand in the suburbs and insufficient supply caused fundamentals to improve relative to the urban core. Occupancy rates tightened in the suburbs and continued to surge past the supply-laden central business districts, or CBDs. 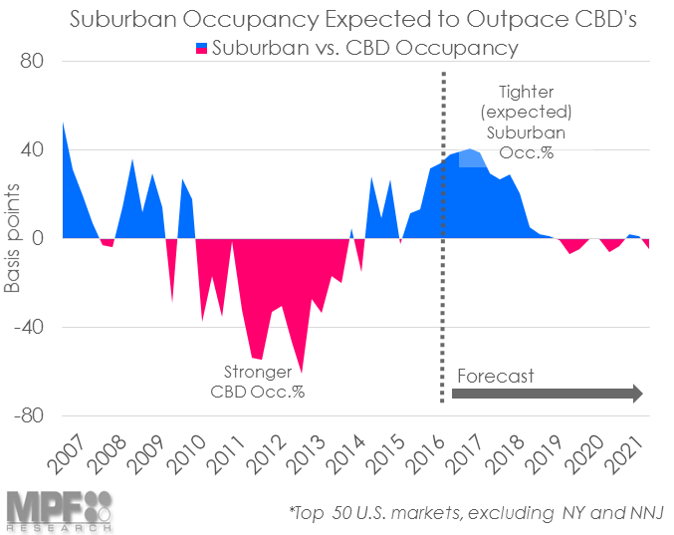 In the near term, suburban apartments are poised to continue outperforming assets in the urban core. With the massive amounts of apartment development, struggles at the top end of the market are not surprising. Over the next year or two, revenue growth will likely be strongest in areas outside of the urban core, while an unprecedented expansion occurs inside the CBDs. However, with strong structural drivers, apartment demand should remain above historical norms, as recent economic momentum is expected to continue.