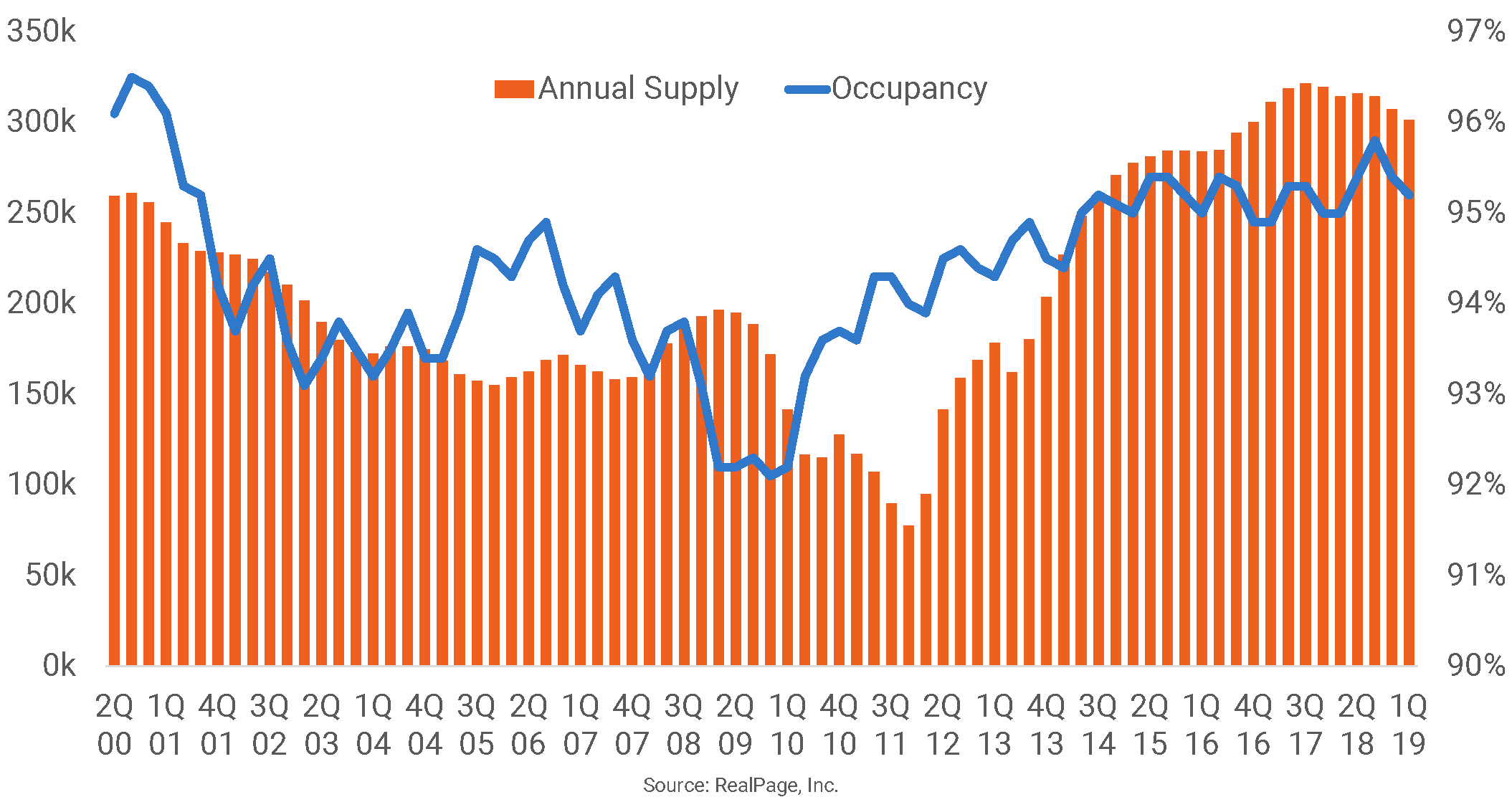 While the pervasive story in the nation’s apartment market right now is elevated supply, it’s important to point out how well occupancy has held up during this active construction period, especially since the building spree doesn’t seem to be over yet. As of 1st quarter 2019, occupancy in the U.S. apartment market was at 95.2%, well above the long-term historical average. In fact, the market has displayed consistent resilience to new supply recently, as occupancy has held steadily between roughly 95% and 96% for five successive years now. During that same time frame, developers have completed an average of roughly 74,000 new apartments each quarter. The only time occupancy has run higher in the past two decades was at the height of the tech boom in 2000. That year, occupancy averaged 96.1%.