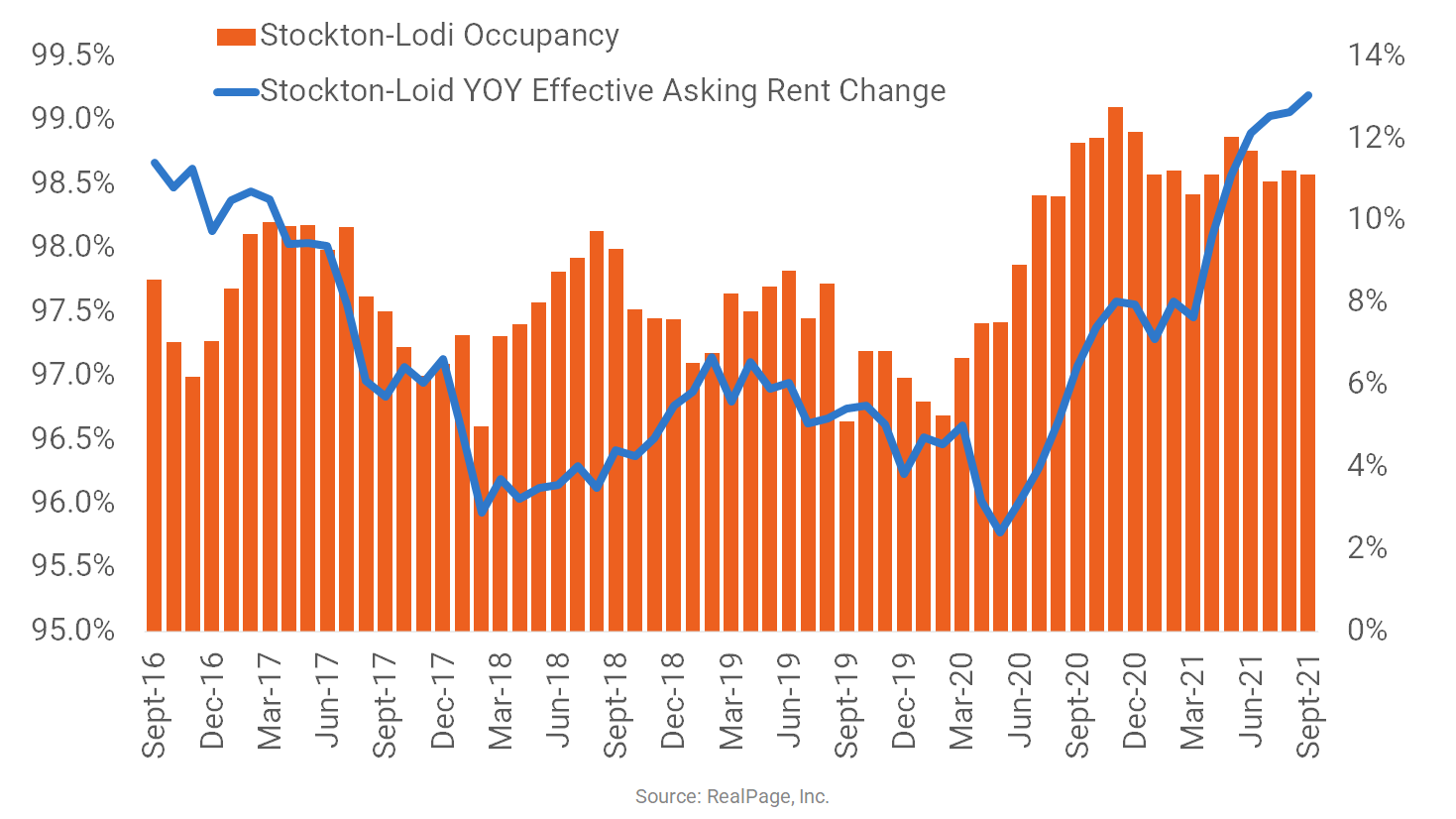 Effective asking rent growth hit a recent high in Stockton-Lodi, CA. At 13%, the year-over-year increase was the strongest performance in the market since summer of 2015. Additionally, recent rent growth nearly doubled the market’s five-year average of 6.8%. Occupancy is also at historically tight levels in Stockton-Lodi. At 98.6%, September occupancy was 130 basis points above the U.S. average. Today’s employment count in Stockton-Lodi is basically back to the pre-pandemic level. In contrast to this quick recovery, it took seven years for the metro to reclaim the huge block of jobs lost in the Great Financial Crisis. Stockton-Lodi sits about one hour from Sacramento, the state’s capital, and ninety minutes from the Bay Area. As of September, the effective asking rental rates in Stockton-Lodi averaged $1,710 per month, offering a discount of about $130 compared to the Sacramento average and is at least $730 below Bay Area norms.