States with the Most Unemployment Claims Per Capita 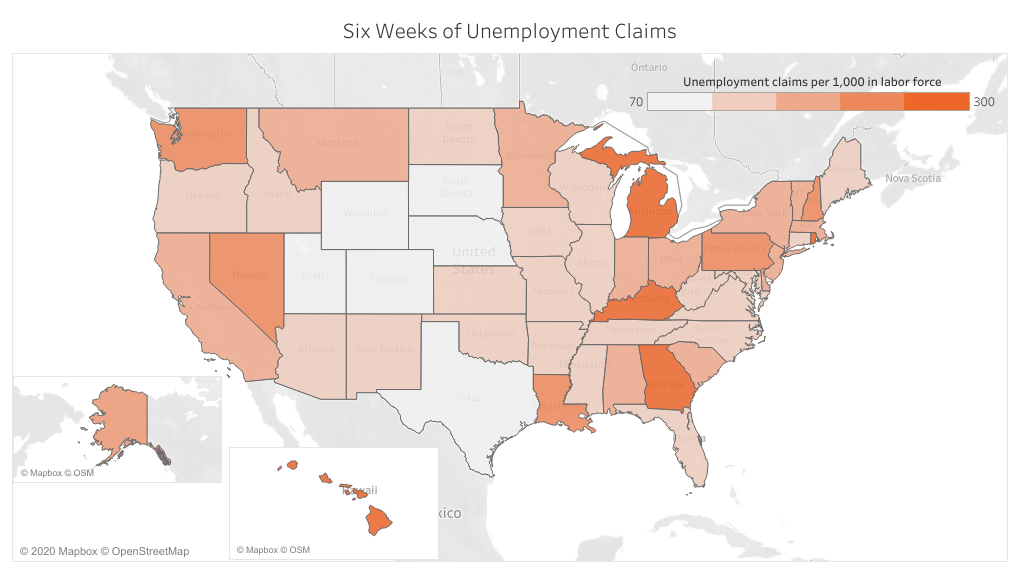 An unprecedented 30.3 million Americans filed for unemployment in the past six weeks, in the economic backlash of the COVID-19 pandemic, but some states were hit worse than others. Per capita, Hawaii was the most impacted state in the nation, followed closely by Kentucky. In these states, roughly 290 workers per 1,000 in the workforce filed for unemployment in the past six weeks, according to the U.S. Department of Labor. Some other heavily affected states – with around 250 to 260 filings per 1,000 workers – were Georgia, Michigan, Rhode Island, Pennsylvania and Nevada. Of these, the biggest volume of total unemployment claims was in Pennsylvania, where 1.6 million workers filed since the country started fighting the COVID-19 outbreak. California logged the nation’s most unemployment claims, with 3.7 million people registering for benefits in the past six weeks. However, the workforce in California is also the largest in the country, at 19.2 million workers, per the Bureau of Labor Statistics. That means that for every 1,000 workers in California, 190 applied for unemployment. States with the fewest claims per capita – at about 70 to 100 workers per 1,000 affected – were South Dakota, Utah, Nebraska, Wyoming, Colorado and Texas.