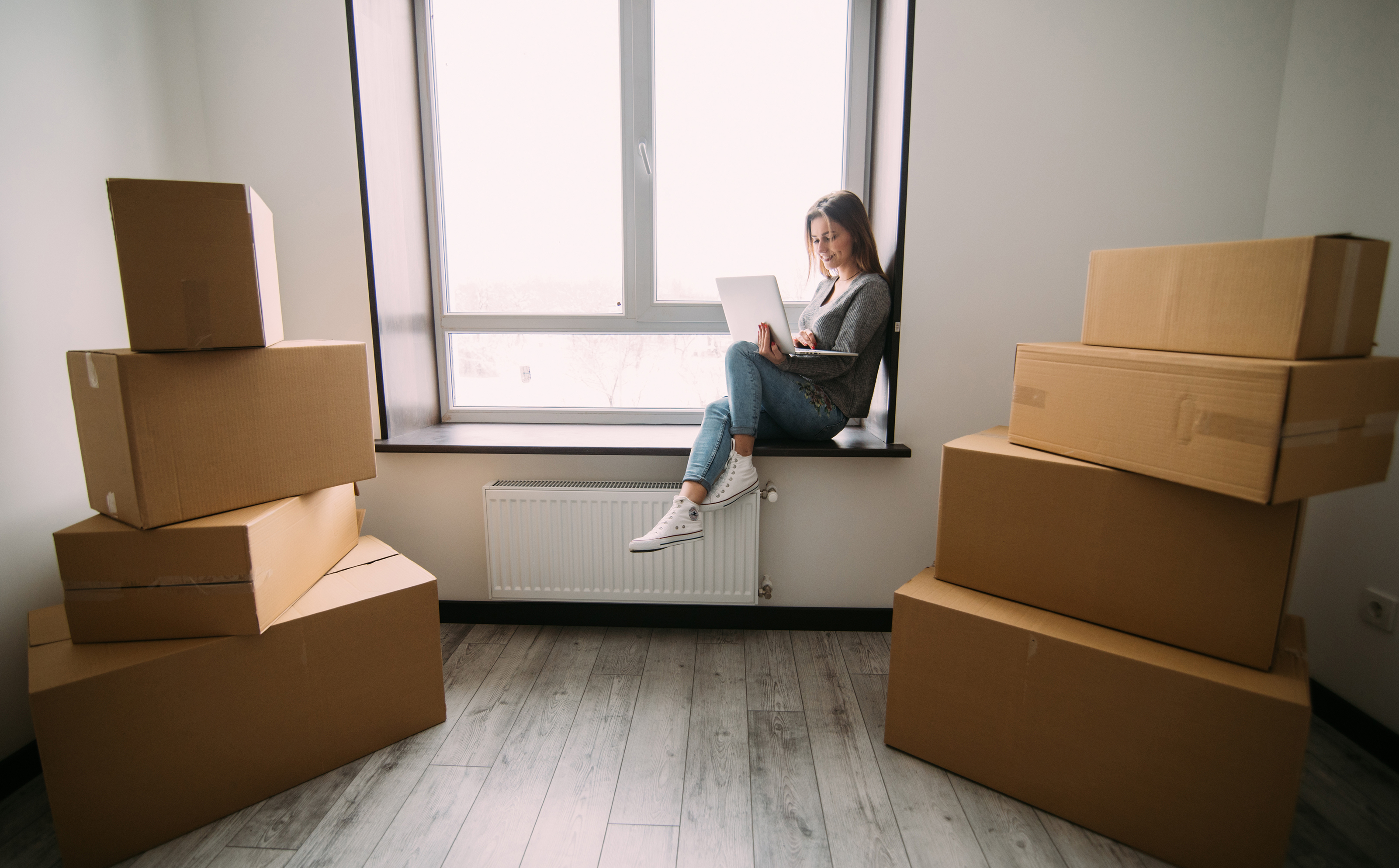 Across the nation’s student housing stock, the average unit size is about 920 square feet, although that size varies quite a bit from state to state.

Average square footage per bed also varies by geography as states tend to have different roommate ratios. Nationwide, the average student housing unit has 1.8 beds per unit, according to data from RealPage Market Analytics. That ratio runs higher in states such as Mississippi, Utah and Hawaii where more roommates occupy each unit. In states like Washington, DC, Vermont and Connecticut, the ratio of beds per unit runs smaller as students tend to have fewer roommates. 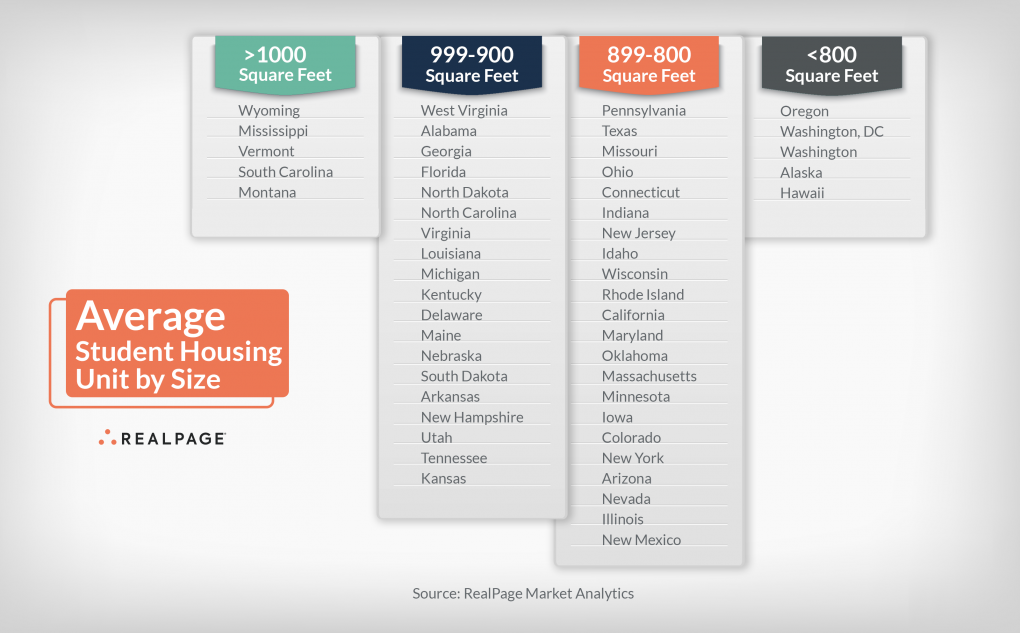 Meanwhile, five other geographies – Oregon, Washington, DC, Washington state, Alaska and Hawaii – claim the smallest student housing units in the nation at less than 800 square feet per unit, on average.

States that fall roughly in-line with the national norm of 920 square feet per unit include many of the states with the nation’s largest student populations, including Florida and North Carolina.