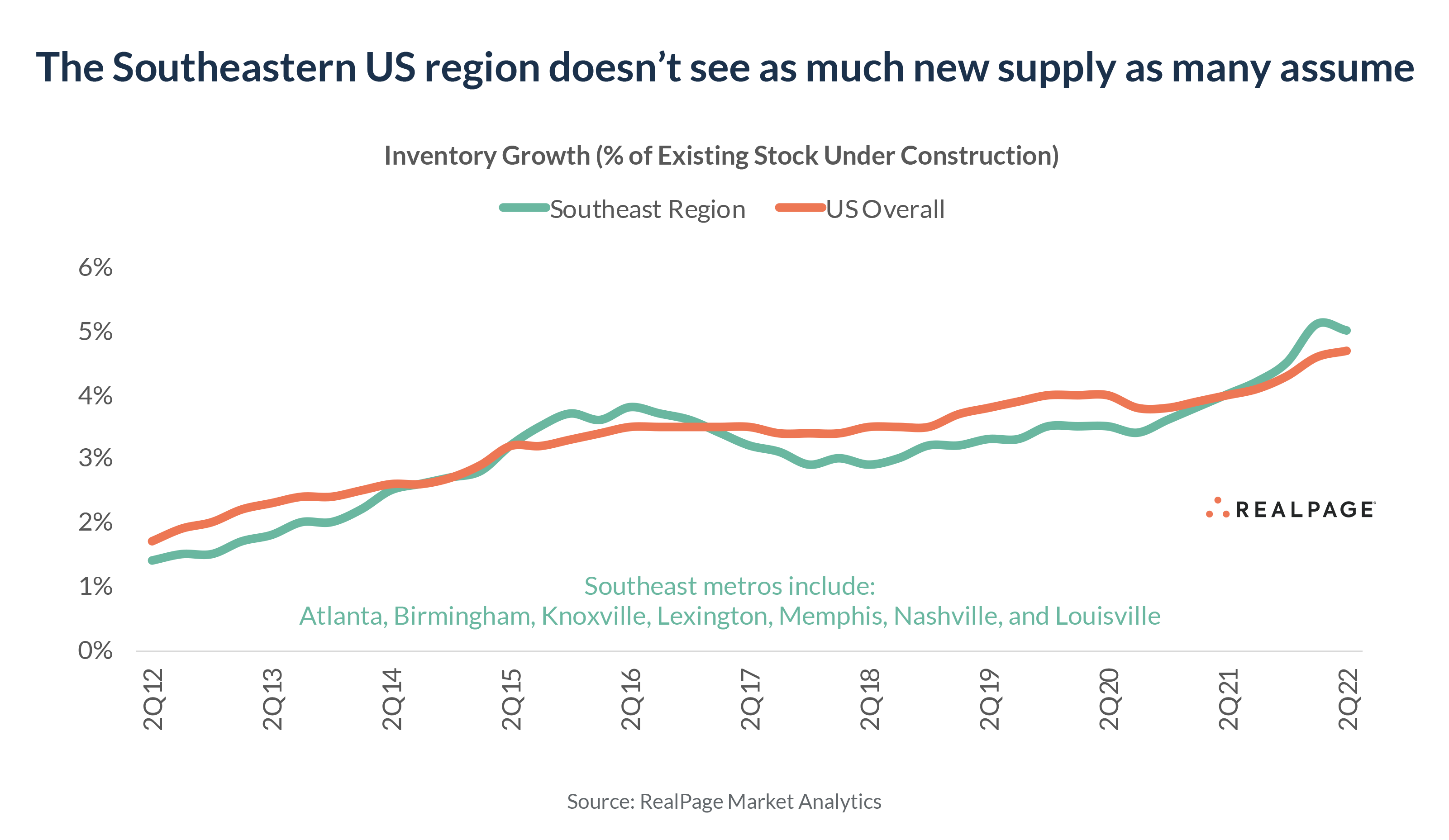 While Southeast apartment markets like Nashville and Atlanta tend to have significant construction pipelines, the region overall generally grows at about the same pace as the U.S. overall. The volume of units currently under construction in Nashville is set to increase the existing apartment base there by nearly 15%, ranking the market right at the top of the U.S. leaderboard for that measure. In comparison, the U.S. overall is slated to see inventory increase by a little less than 5%. Parts of Atlanta are also logging sizable volumes of apartment construction, pushing the overall inventory increase to about 6%. But construction volumes in the rest of the Southeast region of the country are behind the U.S. norm. In fact, permitting volumes across this region tend to veer more toward single-family homes.

For more information on the state of the Southeast apartment markets, including forecasts, watch the webcast Market Intelligence: Q3 Southeast Region Update.