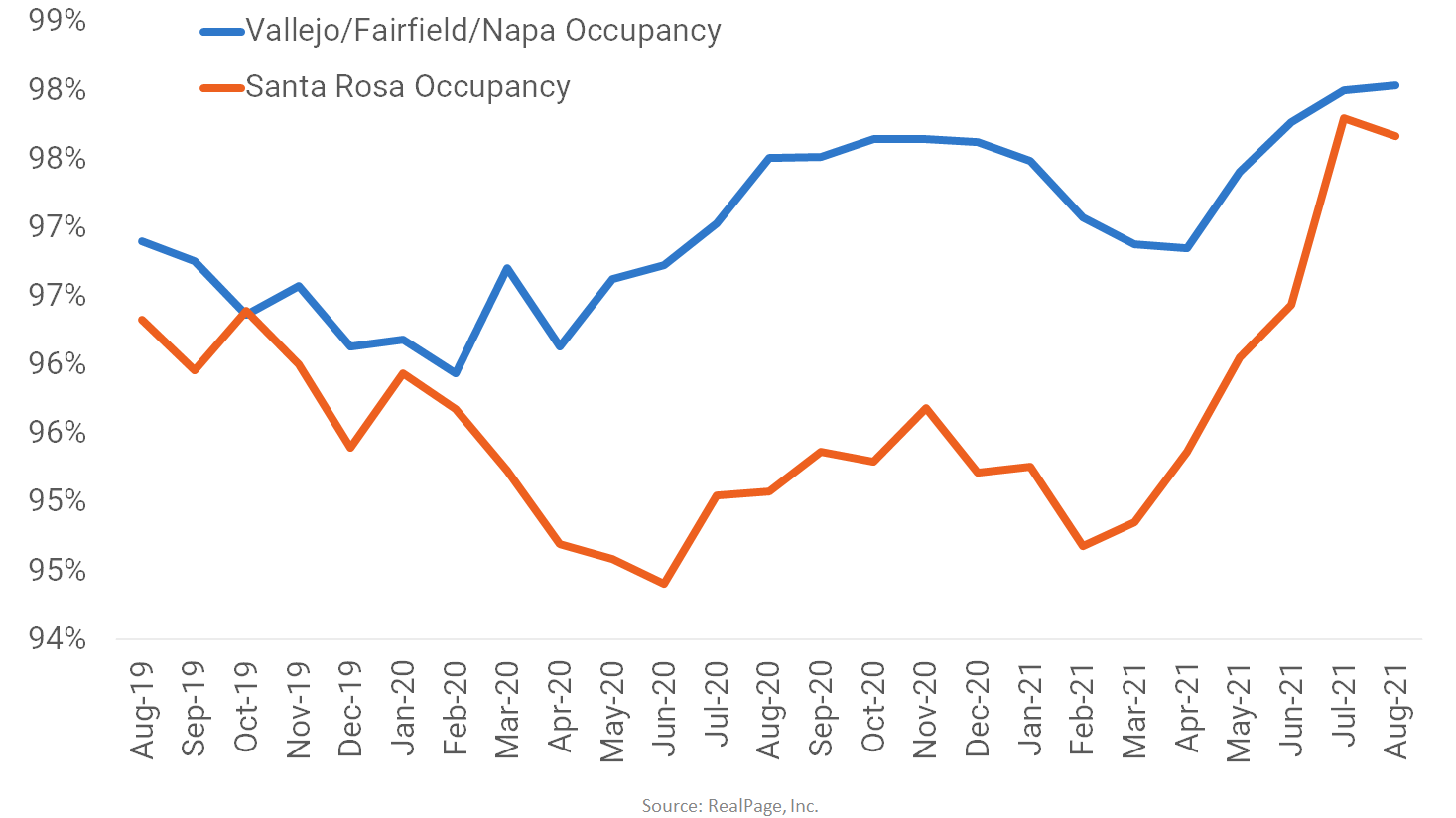 Historically tight apartment occupancy in Northern California’s Wine Country tightened even further in August, accelerating well beyond the U.S. average. In Santa Rosa, occupancy climbed at one of the fastest rates in the nation, hiking 260 basis points above the year-ago rate to 97.7%. In neighboring Vallejo/Fairfield/Napa, occupancy also improved, although to a lesser degree, tightening 90 basis points over the past year to a very tight 98%. Rent increases were solid in this region as well. Apartment operators pushed effective asking rents up 9.5% in Vallejo/Fairfield/Napa and 9% in Santa Rosa year-over-year. While below the growth pace seen in some other California markets, those increases nonetheless were well above historic norms. These are some of the most expensive apartment markets nationwide, with rents averaging around $2,200 in August.