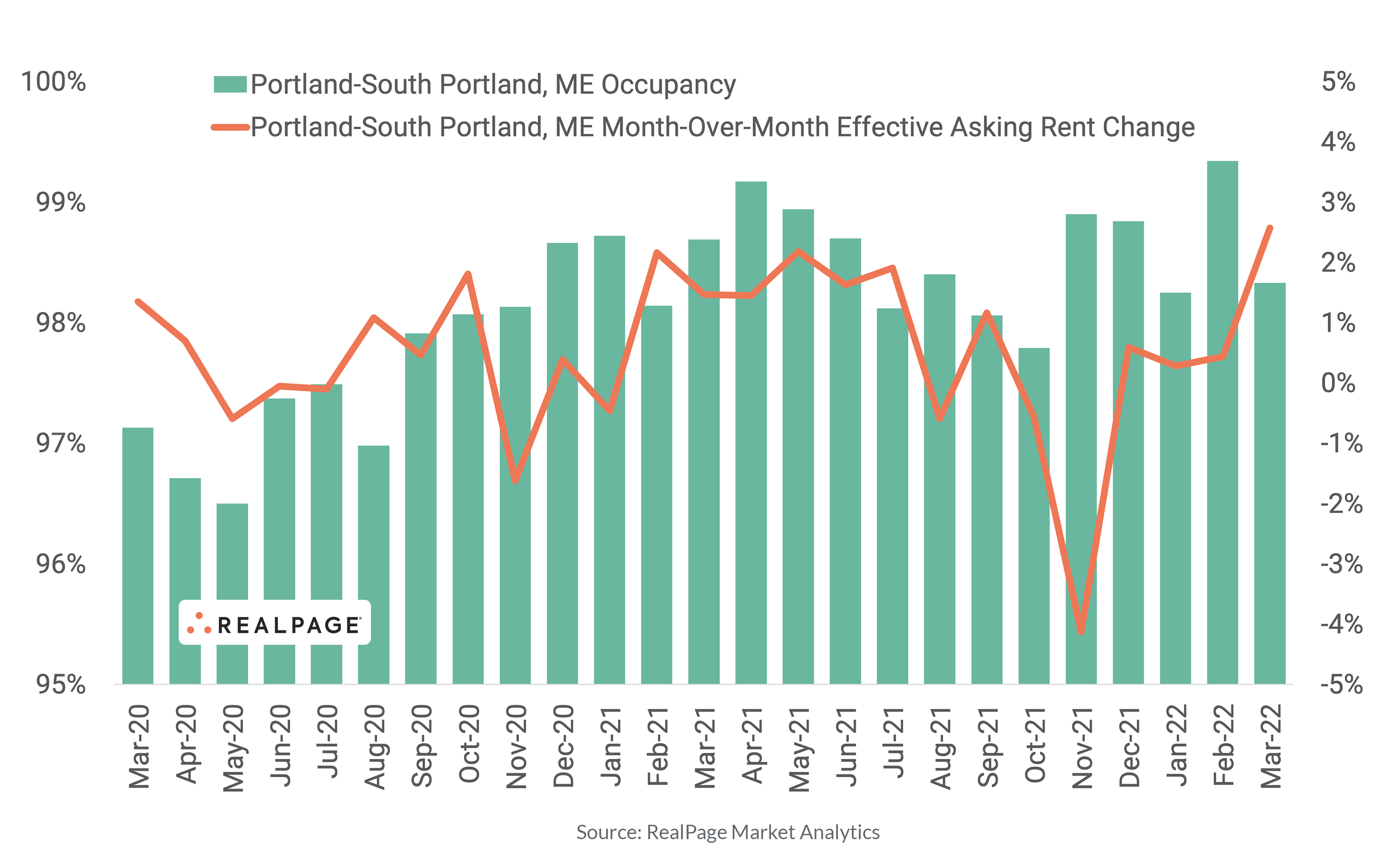 Portland-South Portland, Maine logged the nation’s biggest rent increase in the month of March. Located adjacent to the Boston-Cambridge-Newton market, Portland is the smallest market in the Northeast region, with less than 28,000 existing units. Effective asking rents in this small market increased 2.6% in March. Not only was that the biggest hike among the nation’s core 150 apartment markets, but it was also Portland’s largest monthly rent increase in nearly three years, according to RealPage Market Analytics data. Despite Portland’s nation-leading rent increase March, annual rent growth clocked in at 7.6%, one of the nation’s weakest performances. Portland also remains a much more affordable alternative compared to Boston, with monthly rents that are nearly $900 less than Boston prices. Given that Portland is typically a tight market, it’s a bit surprising that this area hasn’t witnessed more rent growth. Portland managed to side-step the steep dip in occupancy seen in most of the major apartment markets nationwide in 2020 amid the downturn of the coronavirus pandemic. Portland’s occupancy trough of 96.5% in May 2020 was stronger than the national norm (95.2%) and the market began rebounding the very next month. As of March 2022, occupancy in Portland registered at 98.3%. It should be noted that small markets tend to see a lot of volatility in their data, with big swings in rents and occupancy from month-to-month.