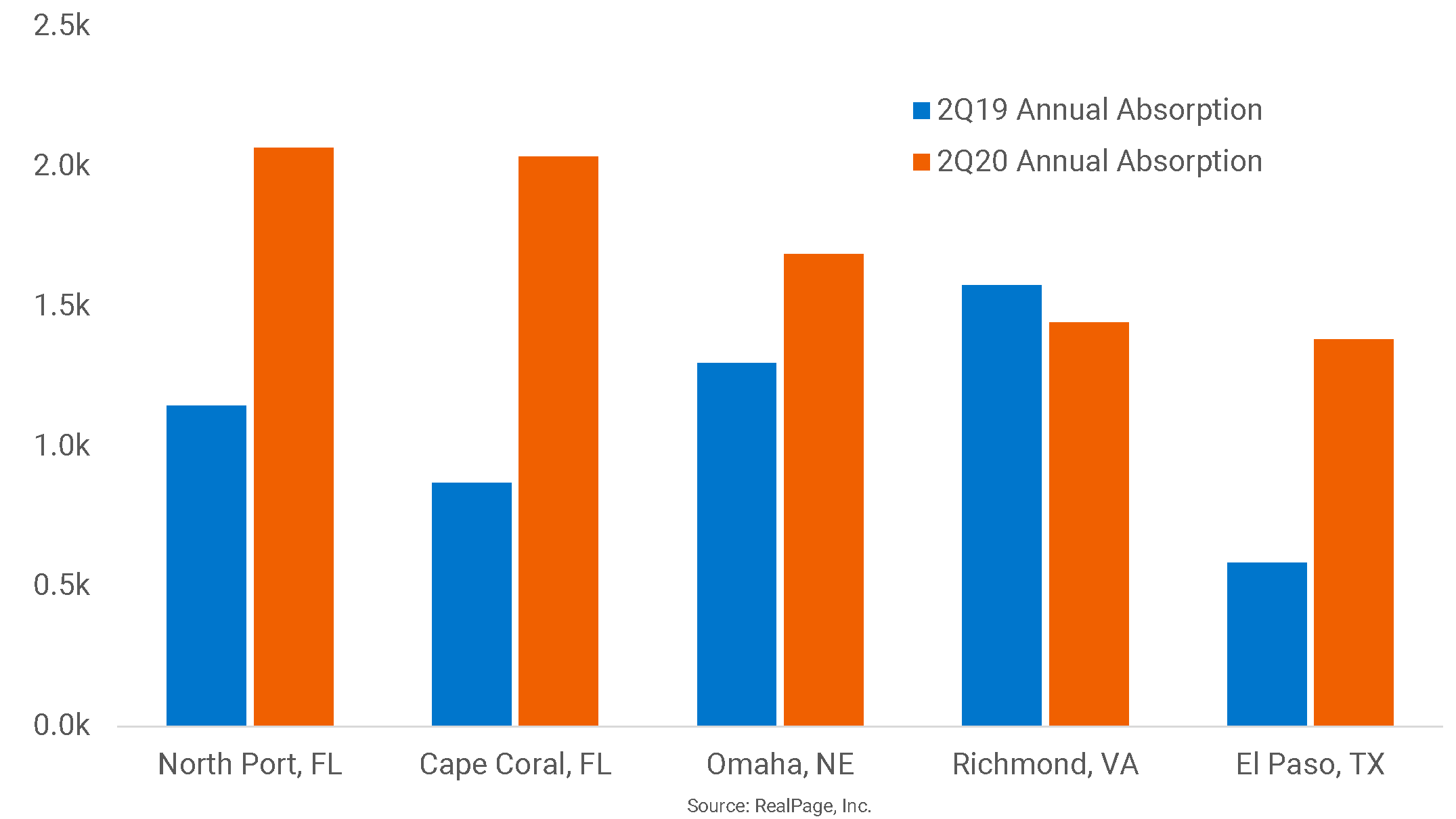 Despite the recent downturn, a handful of smaller apartment markets have managed to hold onto strong absorption in the past year. Among the nation’s largest 150 apartment markets, only 31 absorbed more than 2,000 units in the year-ending 2nd quarter. Most of those were large metros, except for two small Florida markets: North Port and Cape Coral. Demand in these areas was comparable to the much larger Miami and Jacksonville markets and dwarfed the previous year’s absorption pace by several hundred units. Other small markets with notable demand include Omaha, where just under 1,700 units were absorbed in the year-ending 2nd quarter, exceeding the prior year’s rate by about 400 units. Richmond’s demand pace was also solid at 1,440 units (though that was still about 100 units below the previous year’s level), and was largely driven by very strong demand in 2nd quarter, specifically. El Paso more than doubled its previous year’s demand pace, absorbing 1,380 units in the year-ending 2nd quarter.