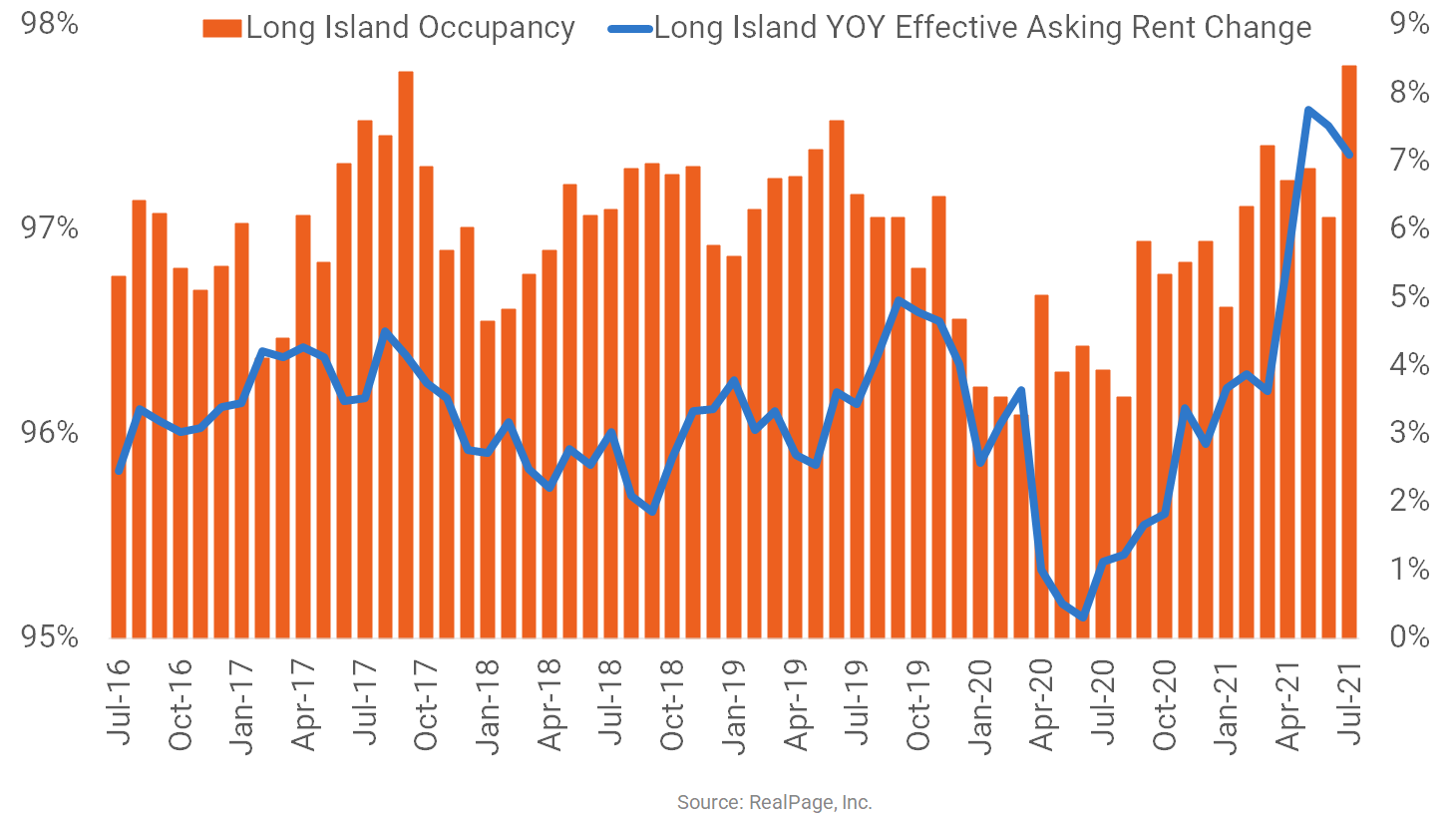 The struggles the Manhattan apartment market saw in 2020 benefited less pricey New York submarkets like Brooklyn, Queens, Westchester County, and the Northern Suburbs, but the gains also spilled over into small neighboring markets like Long Island. The Nassau County/Suffolk County apartment market is 97.8% occupied. This was the market’s strongest occupancy showing since 2017 and was ahead of the market’s already tight five-year average of 97%. As a result, operators in Long Island pushed effective asking rental rates up 7.1% year-over-year as of July. The annual rent change performance here never did dip into cuts, but growth faded to just 0.3% in June 2020 before making a notable recovery in the latter half of 2020 and into 2021. Average rents in Long Island are substantial at more than $2,500 but come in about $1,000 below New York norms. Other small markets that benefited from New York’s decline in the past year include the Southwest Connecticut markets of New Haven and Bridgeport/Stamford/Norwalk.