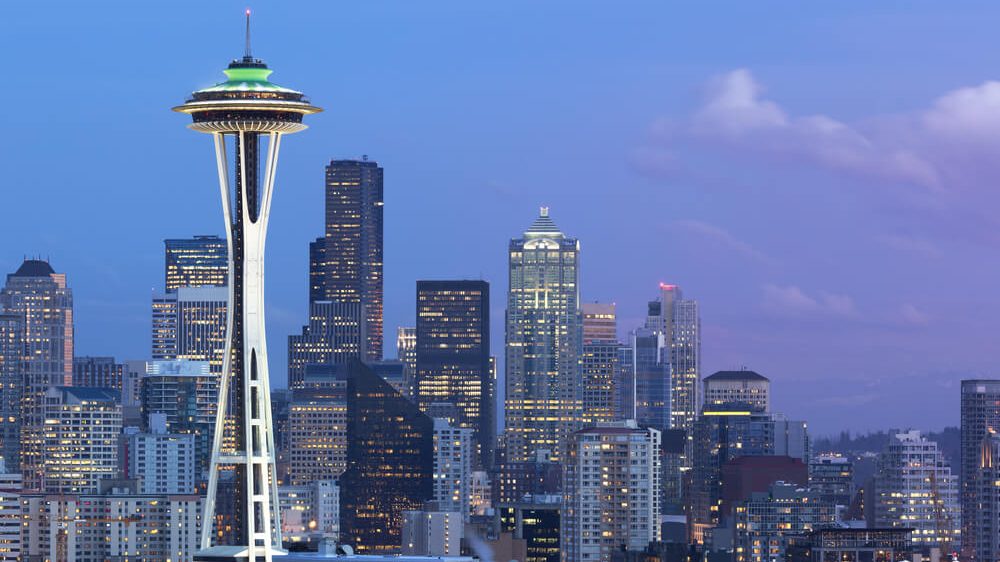 by   Julia Bunch
in   Seattle

Seattle absorbed more new apartments than almost every other market in the nation in 1st quarter 2019.

About 3,400 more Seattle apartment units gained new renters in the first three months of 2019, a fruitful period that marked an end to the slowdown of winter and helped to make up for the minimal progress logged in 4th quarter 2018. Only 286 units were absorbed in the final three months of 2018.

Only one other market in the nation, New York-White Plains, outpaced Seattle’s robust 1st quarter absorption with demand for 3,976 units. However, with nearly 1.9 million conventional apartments, the New York market is five times larger than Seattle’s. Rounding out the top five national spots for quarterly demand were Atlanta (2,090 units), Phoenix (2,041 units) and Fort Lauderdale (1,757 units). Overall, the U.S. absorbed about 21,500 units in 1st quarter.

After two quarters of absorption falling short of new supply volumes, Seattle saw a reversal of this pattern, as demand in 1st quarter surpassed completions. Supply remains elevated, with roughly 3,000 units added every quarter for the past year, well ahead of the 10-year average for this market. 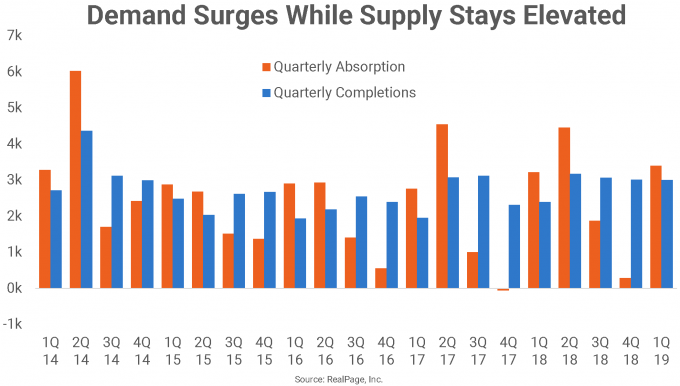 On an annual basis, Seattle demand is stronger than it has been in a while, but remains below elevated supply volumes, a pattern that has lasted for the last four years. In the year-ending 1st quarter 2019, Seattle absorbed just over 10,000 units, while 12,250 new apartments were completed. This annual demand showing is strong for the market compared to pre-cycle norms, and new supply is approaching record high volumes.

With deliveries outpacing demand, occupancy in Seattle has come down slightly from recent highs above 96%. In 1st quarter 2019, sizable absorption helped occupancy tick up 20 bps from the previous quarter to stand at 95.4%. This overall rate is a few ticks ahead of both Seattle’s year-ago figure of 95.1% and the current national average of 95.2%. 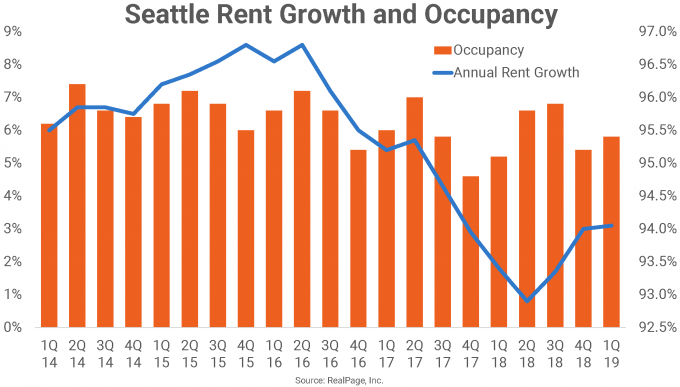 Rent growth in Seattle has taken a hit over the last several quarters as the market worked to absorb new supply. Since 2015 when both new supply and rent growth peaked, price increases have tumbled, bottoming out at 0.8% in 2nd quarter 2018. Since then, rent growth has picked back up. Seattle rents grew 3.1% in the year-ending 1st quarter 2019, hovering near the national norm of 3.3%.

Looking at the coming year, Seattle’s existing base is set to grow by another 12,375 units, increasing the market’s inventory by 3.5%. With this competitive environment, rent growth is likely to soften slightly over the next few quarters as developers continue to bring new units to market faster than renters can fill them.