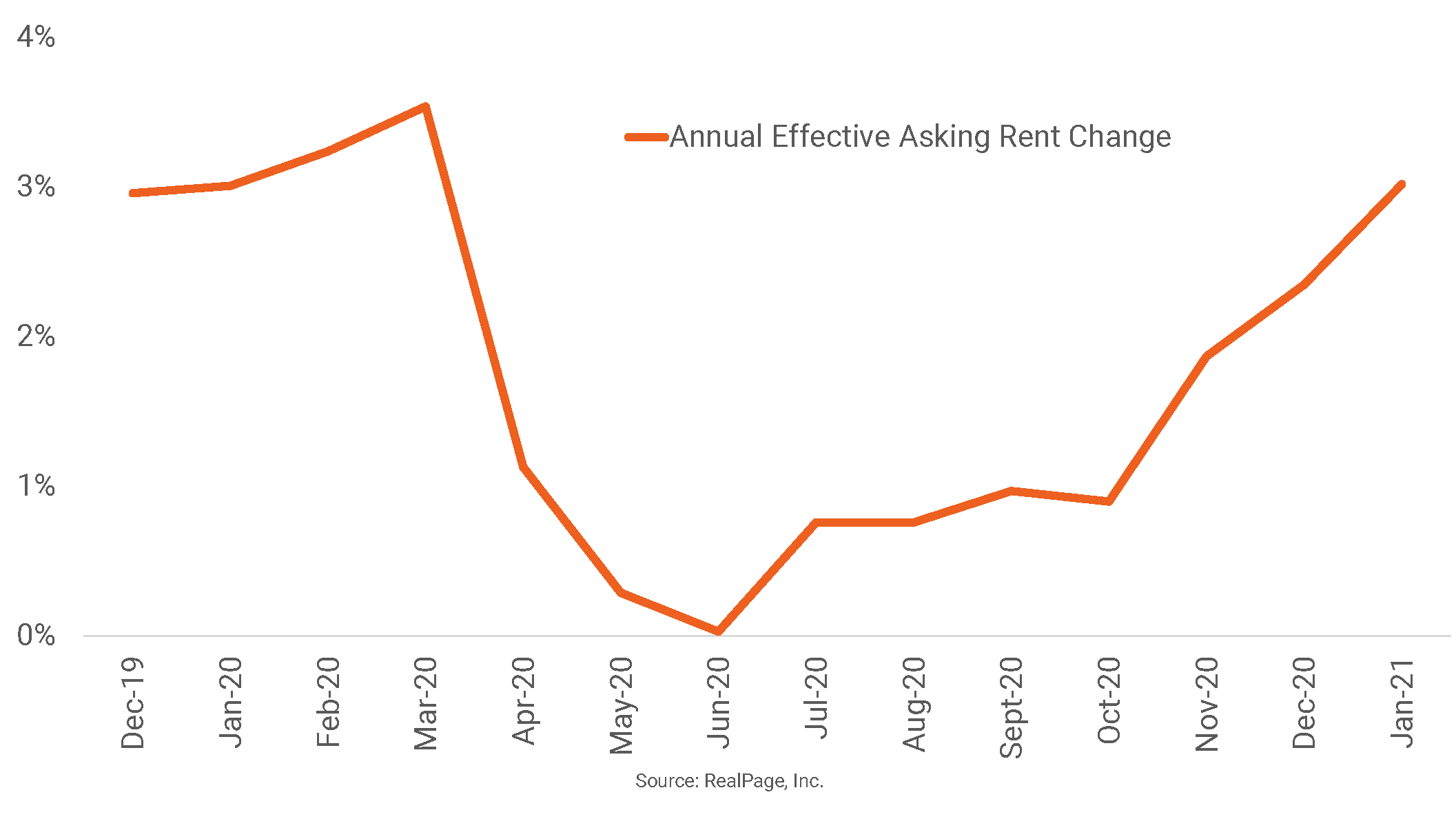 Rent change in Salt Lake City has nearly recovered to its pre-pandemic rate. In the year-ending January, Salt Lake City rents climbed 3%, the market’s strongest showing since the 3.5% growth from March 2020. Salt Lake City held out longer than most markets in the early months of the COVID-19 pandemic downturn, not showing a reaction in pricing until April. Then the market managed to avoid rent cuts altogether when that became the norm across much of the nation in May. After bottoming out at a breakeven point in June, Salt Lake City has seen rents regain momentum nearly every month since. In comparison, after turning to price cuts in May, the U.S. overall has seen cuts deepen nearly every month since.