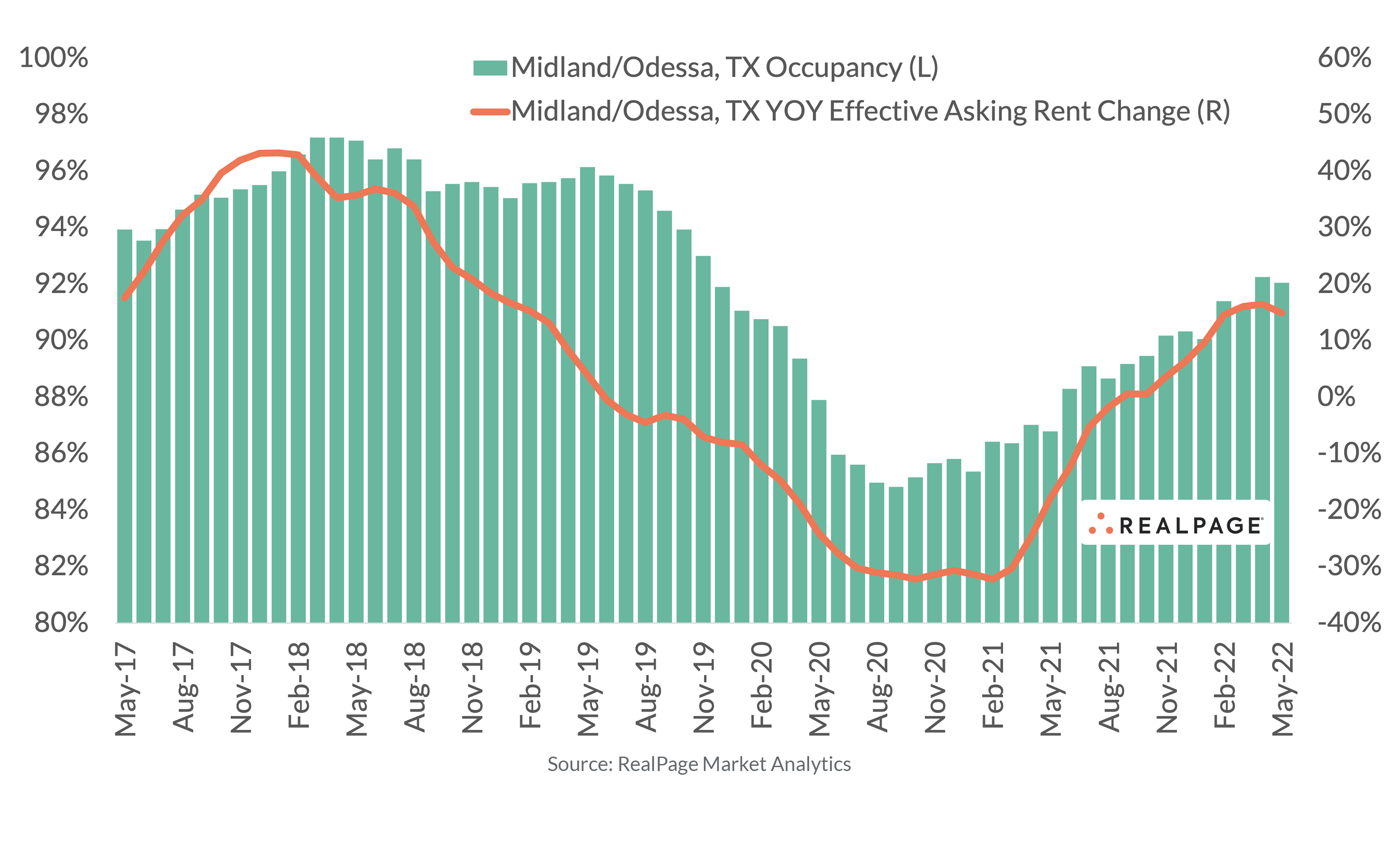 While apartment occupancy in Midland/Odessa is low compared to some other markets, today’s rate is improving and inspiring rent growth. Among the nation’s largest 150 apartment markets, Midland/Odessa continues to post the weakest occupancy, according to data from RealPage Market Analytics. However, occupancy here has been improving since bottoming out at 84.8% in September 2020. As of May, occupancy in the Permian Basin clocked in at just 92%. That recent reading was up 530 basis points year-over-year, the most improved occupancy nationwide. The occupancy upturn is encouraging considering the flood of new units that hit the market in the past year. Midland/Odessa’s existing unit count grew 4% in the year-ending May, the nation’s 11th fastest growth pace. Construction levels remain high, and the market is expected to expand another 3.6% in the coming year. With apartment stock in high demand and occupancy improving, rents are climbing. Effective asking rents increased 14.9% in the year-ending May, which is slightly above the national average of 14.7%. Even though this West Texas market relies heavily on the oil and gas industry, which operates in a boom/bust cycle, the current rise in crude oil prices is having little impact since drilling activity there has not ramped up significantly.