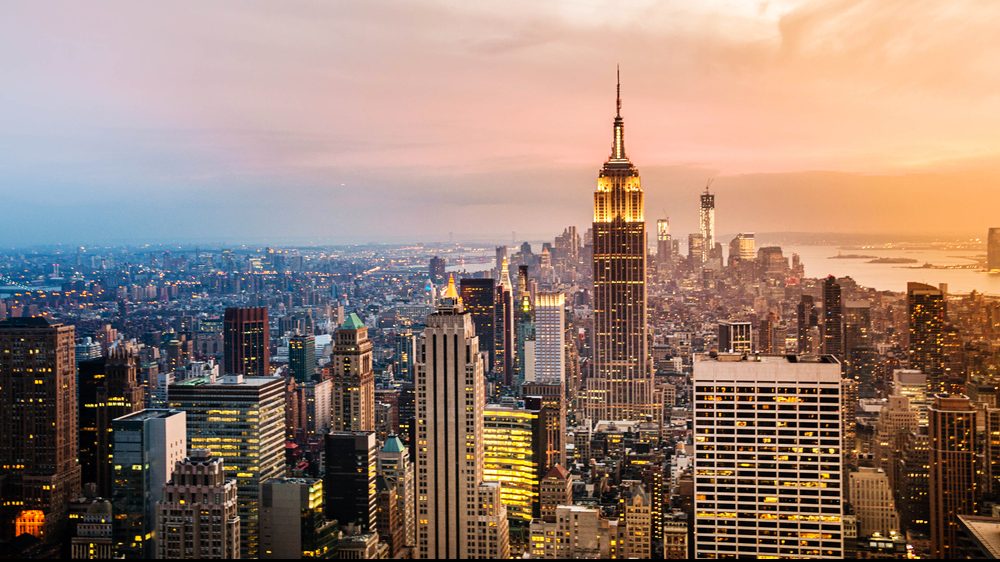 Apartment operators inside America’s big gateway cities are noticing an unprecedented and painful anomaly in the data tracking their properties. A surprisingly huge number of renters are signing new apartment leases … and yet, occupancy rates are plummeting.

Typically, a surge in new leases would indicate strong net new demand, thereby boosting occupancy. But amid COVID-19, net demand has been consistently weak in gateway cities. Instead, apartment operators are reporting big spikes in “transfers” – the industry’s term for renters who move from one unit to another in the same building. They are also seeing large numbers of “concession shoppers” – renters lured by deep rent discounts to a nearby competing apartment property.

It’s essentially a messy game of musical chairs – except in this environment, chairs (vacant units) outnumber the players (prospective renters). 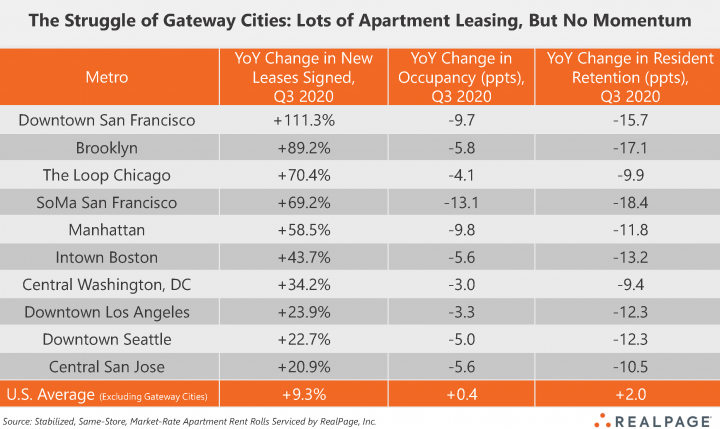 Any recession brings occupancy and retention challenges, but what makes this cycle different is the huge spike in overall leasing activity observed in these gateway cities. Transfers and concession hoppers certainly impacted the 2008-2009 recessionary market, but not nearly to the same degree seen in 2020. The numbers were so unusual that we checked and re-checked the underlying math, and confirmed the trends with several property managers operating in those markets.

Previous reports have suggested a widespread urban exodus since COVID-19 hit in March, severely dampening the appeal of urban neighborhoods as offices, retailers, restaurants and bars closed their doors or operated with limitations. While true, that story is usually overstated, particularly outside of New York and San Francisco.

Urban renters who want to stay in the city are incentivized to shop around. In Brooklyn, renters who renewed their lease in these seven cities typically received a discount of only 0.8% compared to their previous rent for the same unit. But renters moving into a vacant Brooklyn unit paid 18.5% less than the previous tenant in the same unit.

Trends were similar in the urban submarkets of other gateway cities. In Central Boston, renters renewing their leases received a 0.7% discount compared to a 16.7% cut on new lease rents. In Downtown Seattle, renewal rents inched down 0.9% while new lease rents plummeted 16.5%. In Downtown Los Angeles, renewals fell 1.3% compared to 13.4% for new leases. 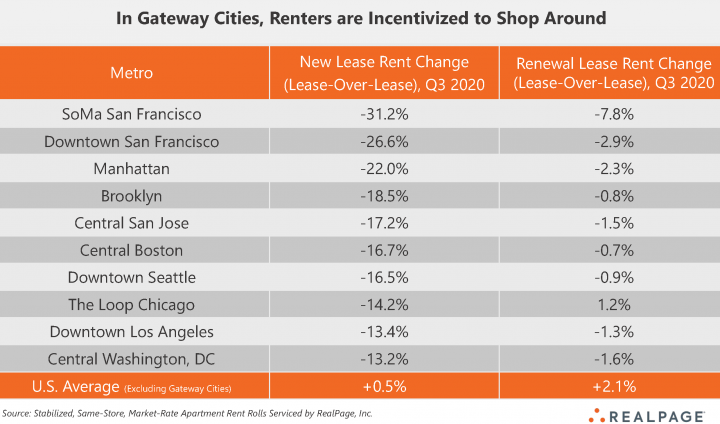 Those trends are drawing attention from asset managers, who have been reluctant to offer deep rent cuts or concessions on renewals. The challenge, though, is that deal-savvy renters are finding highly discounted rents for units within their same building – or across the street – and are taking advantage. Apartment operators tell us that many renters sheltering in place are looking to upgrade to larger units, and often do so at cheaper rents than they paid previously for a smaller unit.

Asset managers and property managers in these markets would be best served to take a more holistic approach to pricing new and renewal leases. Demand is demand – whether for a new lease or a renewal lease. If there is healthy demand and more limited availability for, say, two-bedroom units, it makes sense to hold the line on rents. But for smaller units like studios experiencing little demand and high exposure right now, more generous rent cuts might be warranted to encourage renters to stay in place. It’s still unclear when demand will bounce back in gateway cities, and turn costs on a newly vacated unit should incentivize owners to play ball. Alternatively, some owners may prefer to live with lower occupancy rates and avoid deep rent cuts altogether.

New apartment construction is a compounding factor for urban apartment operators. Inside the combined urban submarkets of large gateway cities, ongoing construction will grow the existing apartment stock another 6.3% – double the national suburban growth rate. That means newly built apartments are plentiful in many cities, and most will offer generous lease-up concessions often amounting to two or three months free rent spread out over the term of the lease.

It’s a very different leasing environment in the suburbs, home to more than 90% of America’s apartment stock. Suburbs have outperformed urban areas for most of the last decade, but COVID-19 accelerated the gap to unprecedented levels. Rents are growing again in most suburbs nationally outside the coasts, and vacancies remain very limited. Suburban renters are renewing their leases at record high levels, with retention rates jumping 2 percentage points year-over-year. Operating in the suburbs right now likely warrants a starkly different pricing strategy.