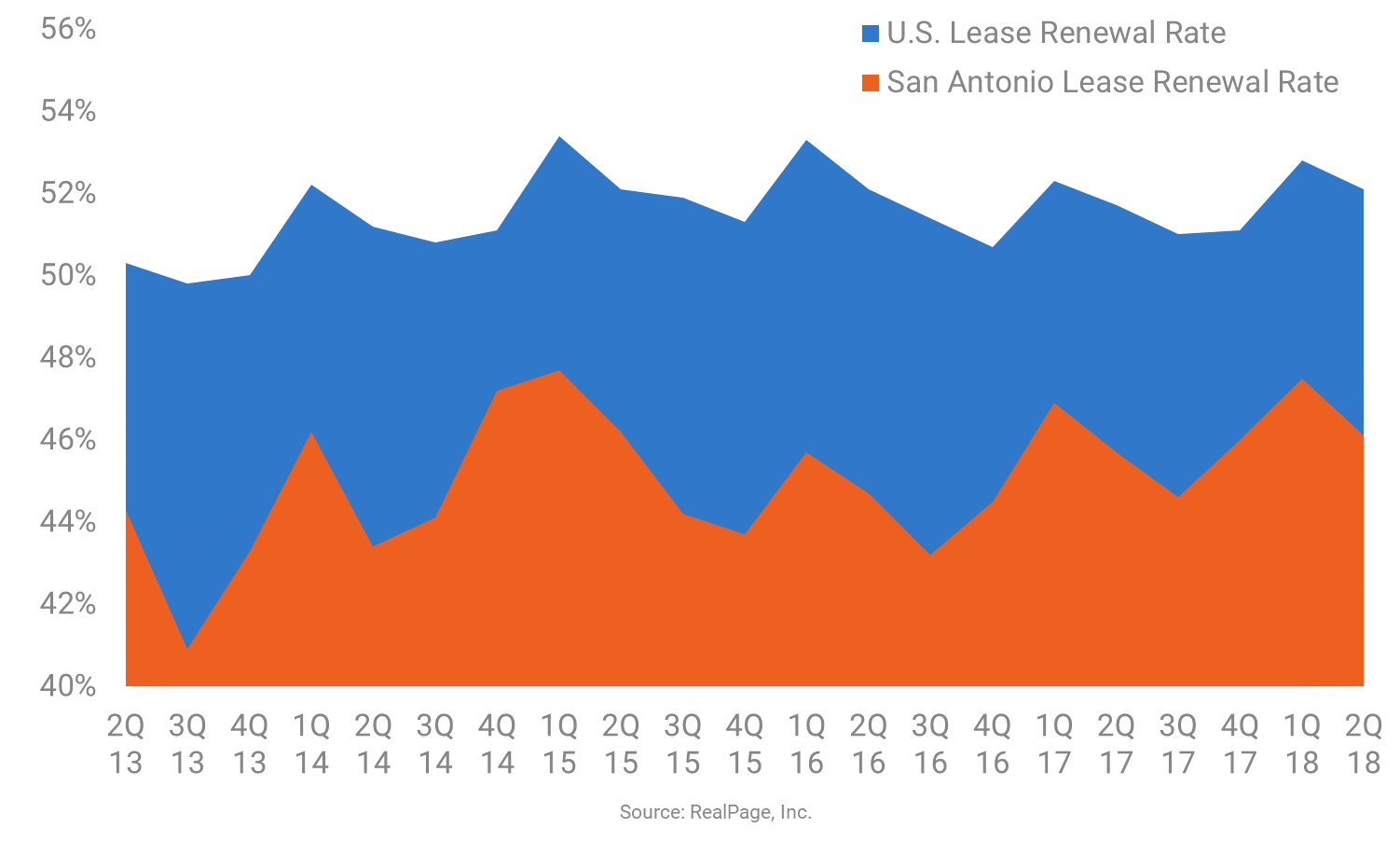 Renters are hard to hold onto in San Antonio. The south-central Texas market consistently sees the highest renter turnover among major apartment markets in the U.S. In fact, only 46.1% of renters with expiring leases in 2nd quarter 2018 chose to renew. That’s well below the national average of 52.1%. What’s driving the higher turnover in San Antonio? Three factors, primarily. The market has added loads of new supply in the current cycle, with inventory there growing 25.3% since 2010 – the fifth fastest rate nationally. Likewise, the local economy has added lots of jobs since the recession, with the employment base nearly 24% above the level heading into the recession – the seventh largest expansion nationally. Finally, San Antonio is a young market with a median age of 34.3, about three-and-a-half years younger than the national median.