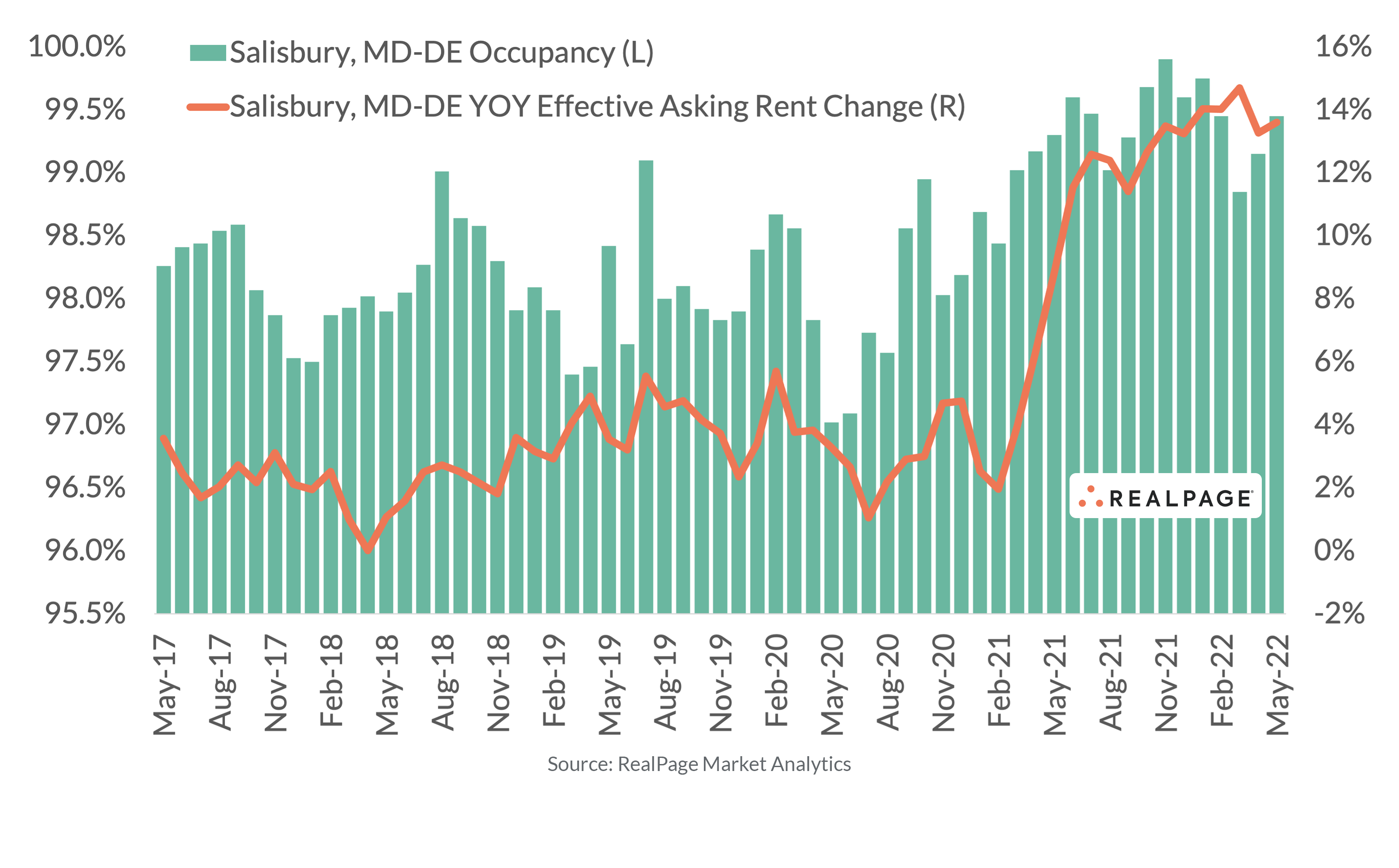 Salisbury is a small market in Maryland’s Eastern Shore cluster of fishing, farming and tourism-focused towns. Among the 150 U.S. apartment markets that are featured in RealPage’s core coverage, Salisbury comes in at #144 for existing unit count ranking with a stock of just under 24,400 units. With the occupancy rate registering at a whopping 99.5% as of May, there were fewer than 150 vacant units, according to data from RealPage Market Analytics. This small market has historically been very tight, with occupancy registering at or above 97% for more than five years. However, developers are finally starting to take notice of this market. There were 884 units under construction at the end of 1st quarter, with 628 units scheduled for completion in the coming year which would grow existing stock 2.6%. That is the most development the market has seen in more than 10 years. Even though the market has been historically tight, rent growth has been limited for much of the past five years, with most annual increases around 2% to 4%. But over the past 12 months, annual rent growth has been in double digits. As of May, effective asking rents here were up 13.6% year-over-year, though that was still below the national average of 14.7%. Despite the recent climb in rents, Salisbury offers monthly rents at less than $1,500, a discount from rates of roughly $1,600 to nearly $2,000 in Philadelphia, Baltimore and Washington, DC which are just a few hours away.