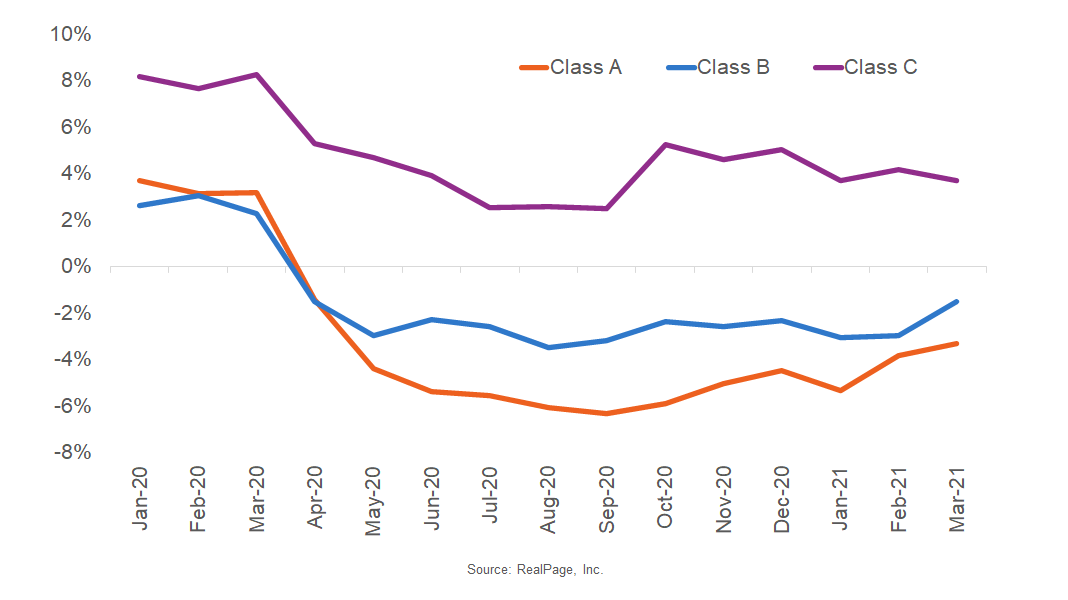 The extremes in rent positing across the product spectrum in Orlando have moderated, after seeing notably wide gaps earlier in the pandemic. While Class C product is still the top performer in terms of rent change – growing average effective asking rents at 3.7% annually in March – the performance has come down from the 5.2% growth seen in October. Operators in Class B and Class A units, meanwhile, continue to cut rents, though not quite at the extremes seen in the fall of 2020. Class B units, which bottomed out at cuts of 3.5% in August, are now logging milder cuts of 1.5% as of March. Class A rent cuts – at 3.3% in March – are at roughly half of the 6.3% decline seen in this product’s worst moment in September 2020. Overall, rents were cut by 1.3% in Orlando in the year-ending March 2021, a performance that is much better than the cuts that got deeper than 3% in this market throughout much of 2020.