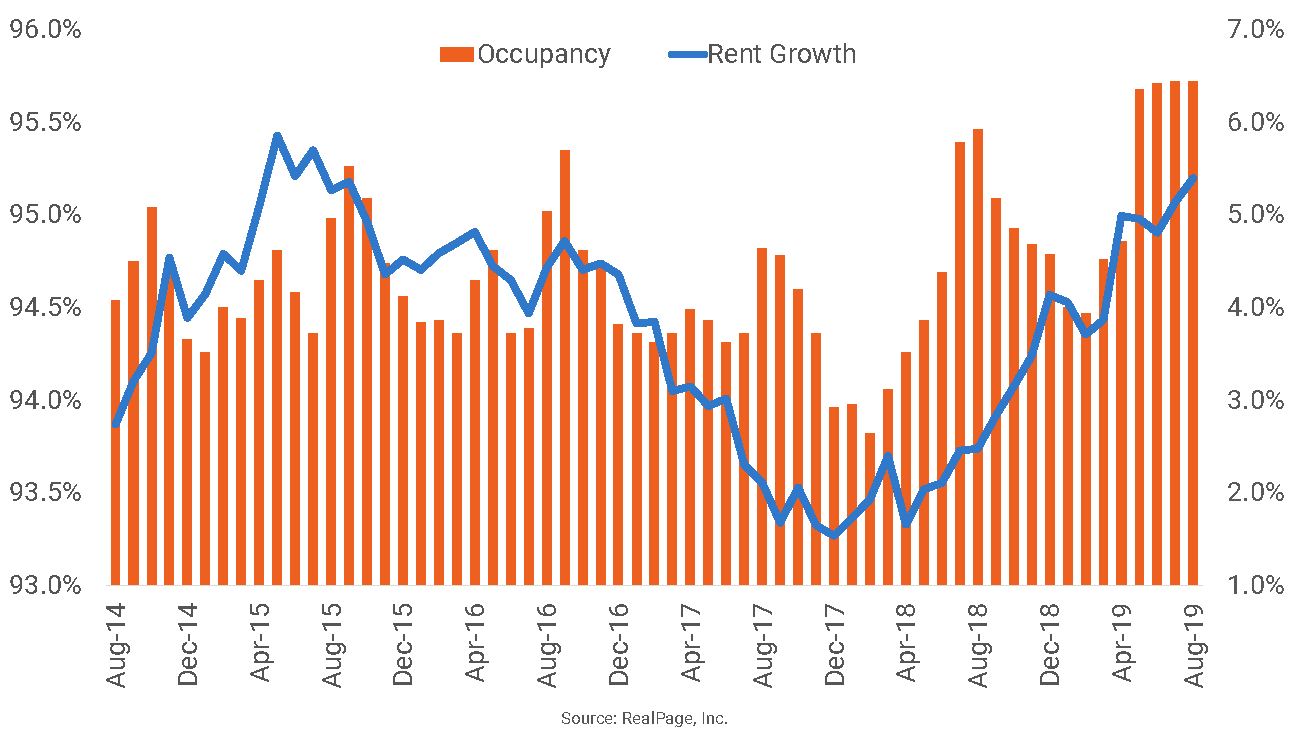 While rent growth in Raleigh/Durham has earned the metro a spot in the top 10 for that measure among the nation’s largest markets, occupancy has been quietly climbing for several months. As a result, the North Carolina market posted occupancy of 95.7% in August, a rate it hasn’t seen since 2000. Recent occupancy momentum has come at a time when Raleigh/Durham has seen consistently elevated supply, averaging over 5,000 new units annually since mid-2016. Rent growth stood at 5.4% in August, the third-highest in the nation after only Phoenix (8.2%) and Las Vegas (7.5%).