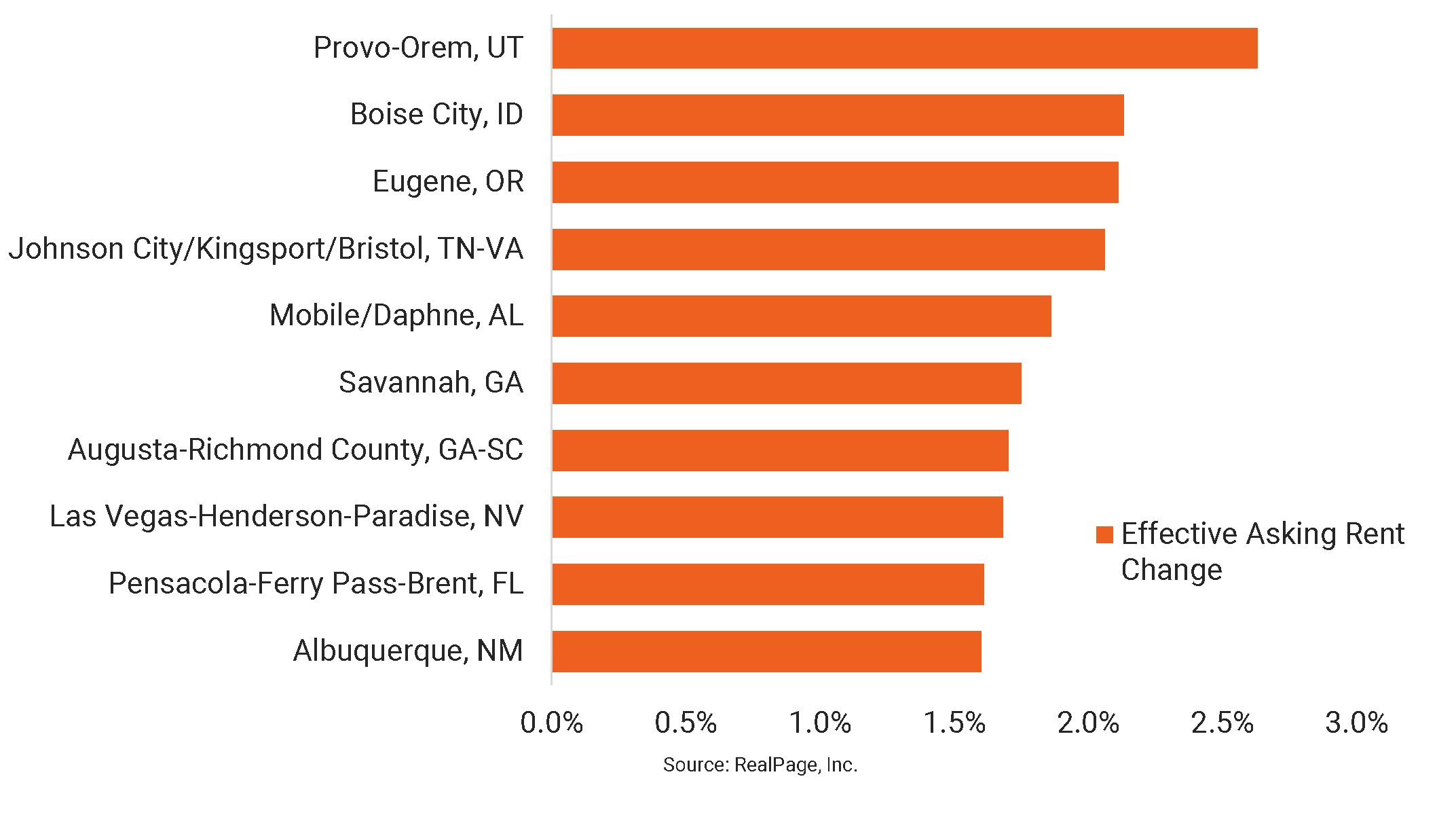 Among the nation’s 150 largest apartment markets, Provo-Orem, UT recorded the nation’s biggest rent hike in August. Same-store effective asking rents climbed 2.6% in the month, which was a much better performance than what was seen in the nation overall, where rents were unchanged month-over-month. Annually, Provo also performed well ahead of the national average, with asking prices climbing 1.3% ahead of year-ago figures. Helping Provo operators feel more confident about pushing rents in recent months, the market has been one of the few across the U.S. to avoid deep economic declines. In June, Provo was the only market among the key 150 to add jobs, though the increase was modest at roughly 400 positions. While Provo lost 700 jobs or 0.3% of its existing job base in July, that was still the third-best result nationally on both an absolute and proportionate basis.