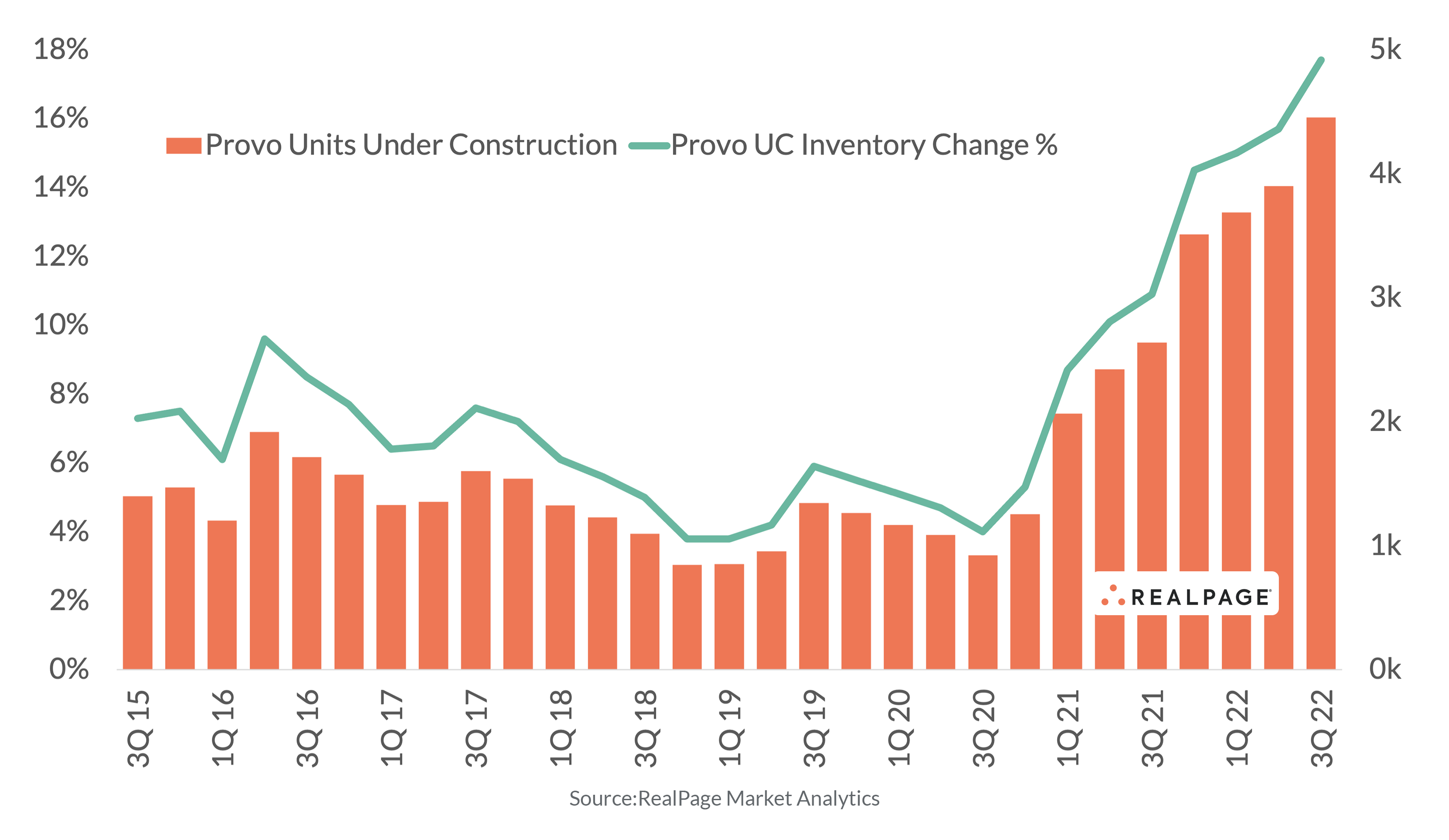 Apartment inventory in Provo is growing at a faster pace than in any other market nationwide. As of 3rd quarter 2022, 4,454 new units were under way in Provo. While that volume was modest compared to some other markets across the nation, it’s a record construction pace for Provo, and will increase the relatively small existing apartment base here by an incredible 17.7%. That’s the most intense growth rate expected out of the nation’s largest 150 apartment markets tracked by RealPage Market Analytics. While this is more development than Provo has ever seen, this market is positioned to absorb this new stock relatively well, given the solid performance metrics seen here over the past few years. Other small apartment markets with scheduled construction increases between 13% and 16% are Colorado Springs and Huntsville. Bigger markets also outpacing the nation with construction growth of 13% to 15% include Nashville, Charlotte, Austin, Raleigh/Durham and Salt Lake City. Notably, Salt Lake City is located only about 45 miles north of Provo.