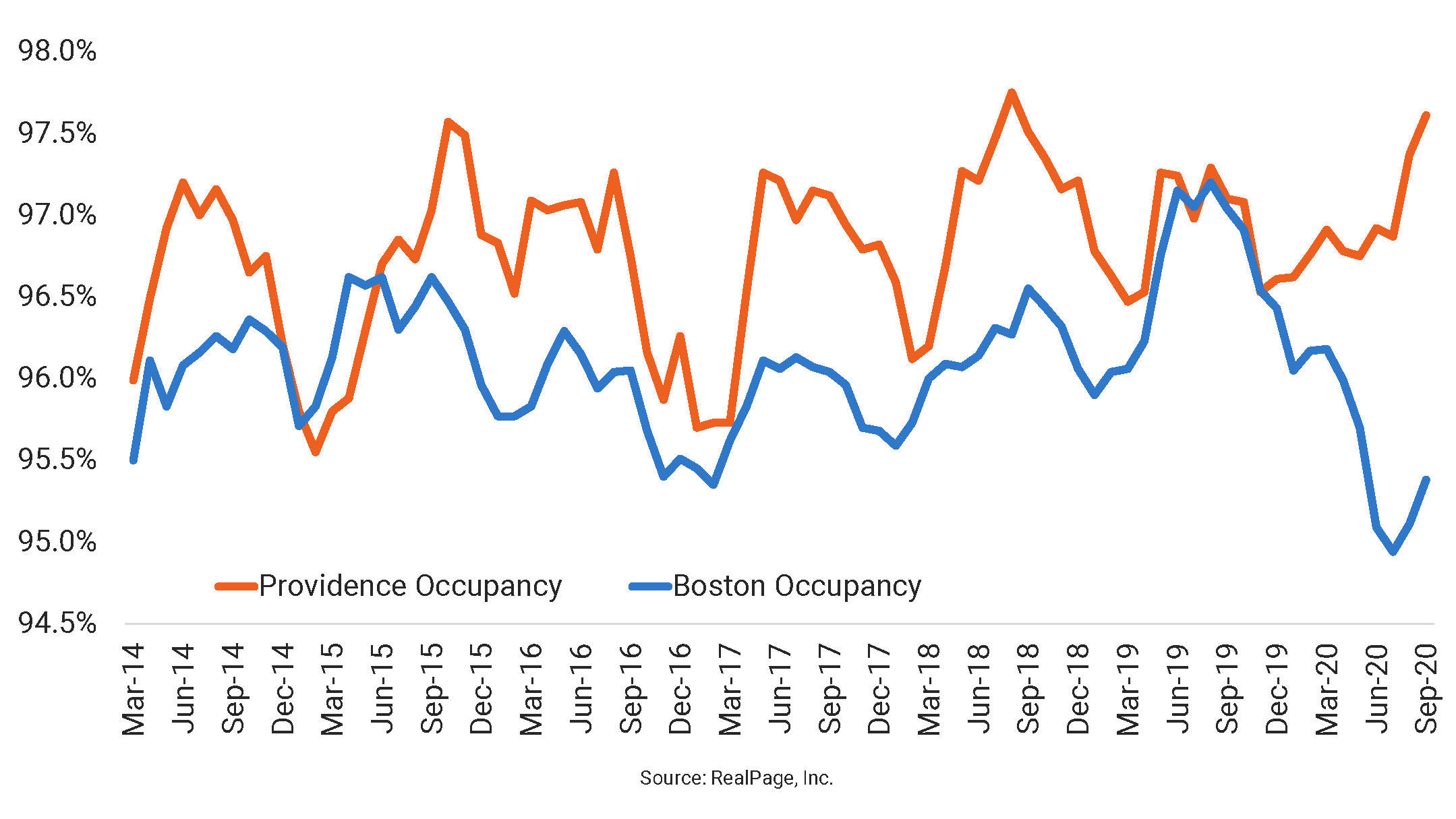 The neighboring Boston and Providence apartment markets have turned in very different occupancy performances during the COVID-19 pandemic. Monthly average rents in Providence run about $700 below the rates in Boston, and apartments here generally tend to see tighter occupancy rates than their pricier Boston counterparts, but the performance gap has become much wider recently. Back in March, occupancy was at 96.9% in Providence and 96.2% in Boston. Between March and September, Providence occupancy climbed 70 basis points (bps) and now registers at 97.6%. Among the nation’s largest 50 apartment markets, the only one with a better occupancy showing was Riverside, which is also benefiting from a pricing advantage over its neighbors during the recent recession. Meanwhile, Boston has seen occupancy fall by 80 bps since March, leaving the September reading at 95.4%, a recent low for the market.