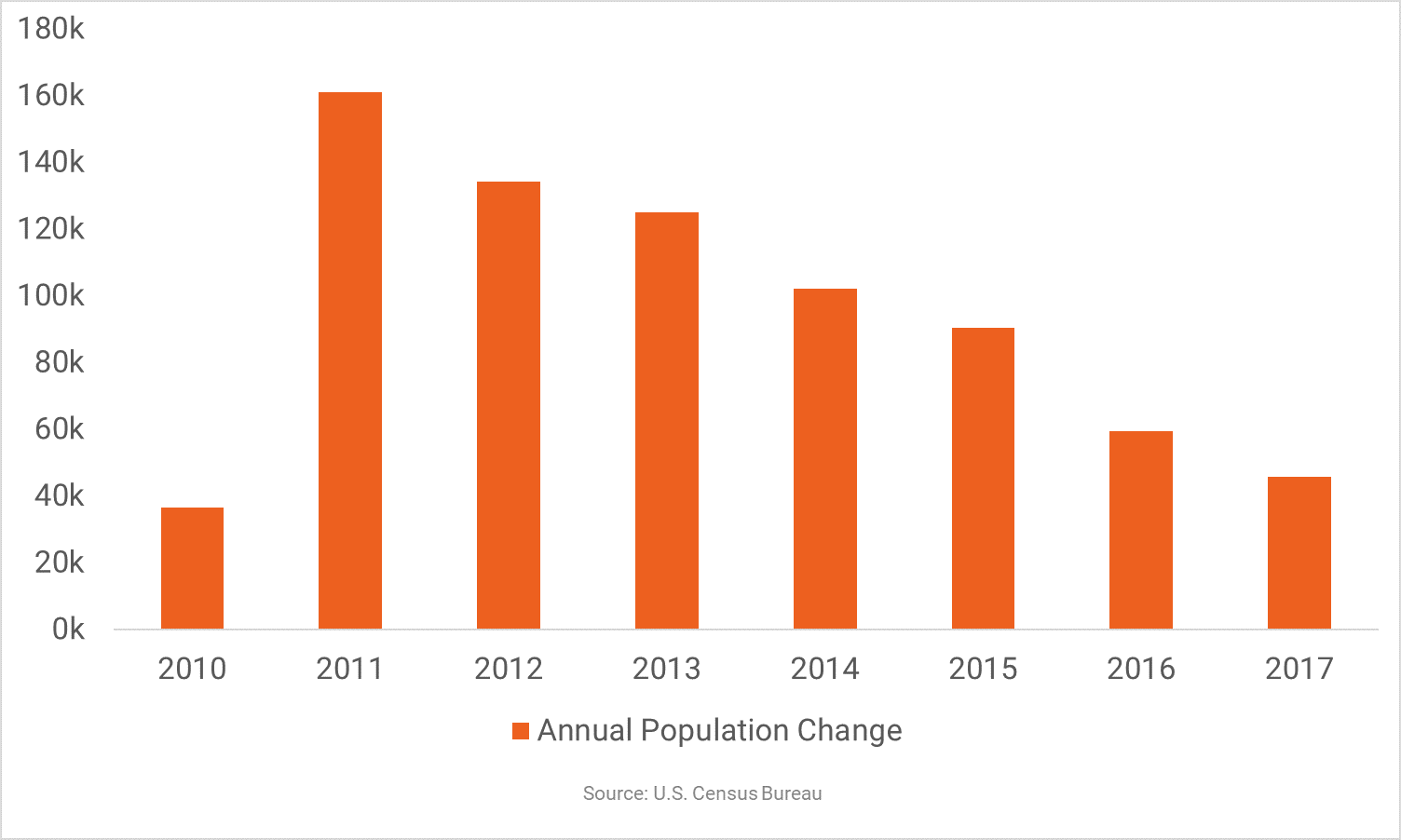 While New York City remains the nation’s largest metro with 20.3 million people, annual population growth in the Big Apple has softened for six consecutive years now. According to data from the U.S. Census Bureau, New York’s population grew by 45,697 people in 2017, the metro’s smallest expansion since 2010.