Orange County Is Only Major U.S. Metro to Lose Jobs in 2018 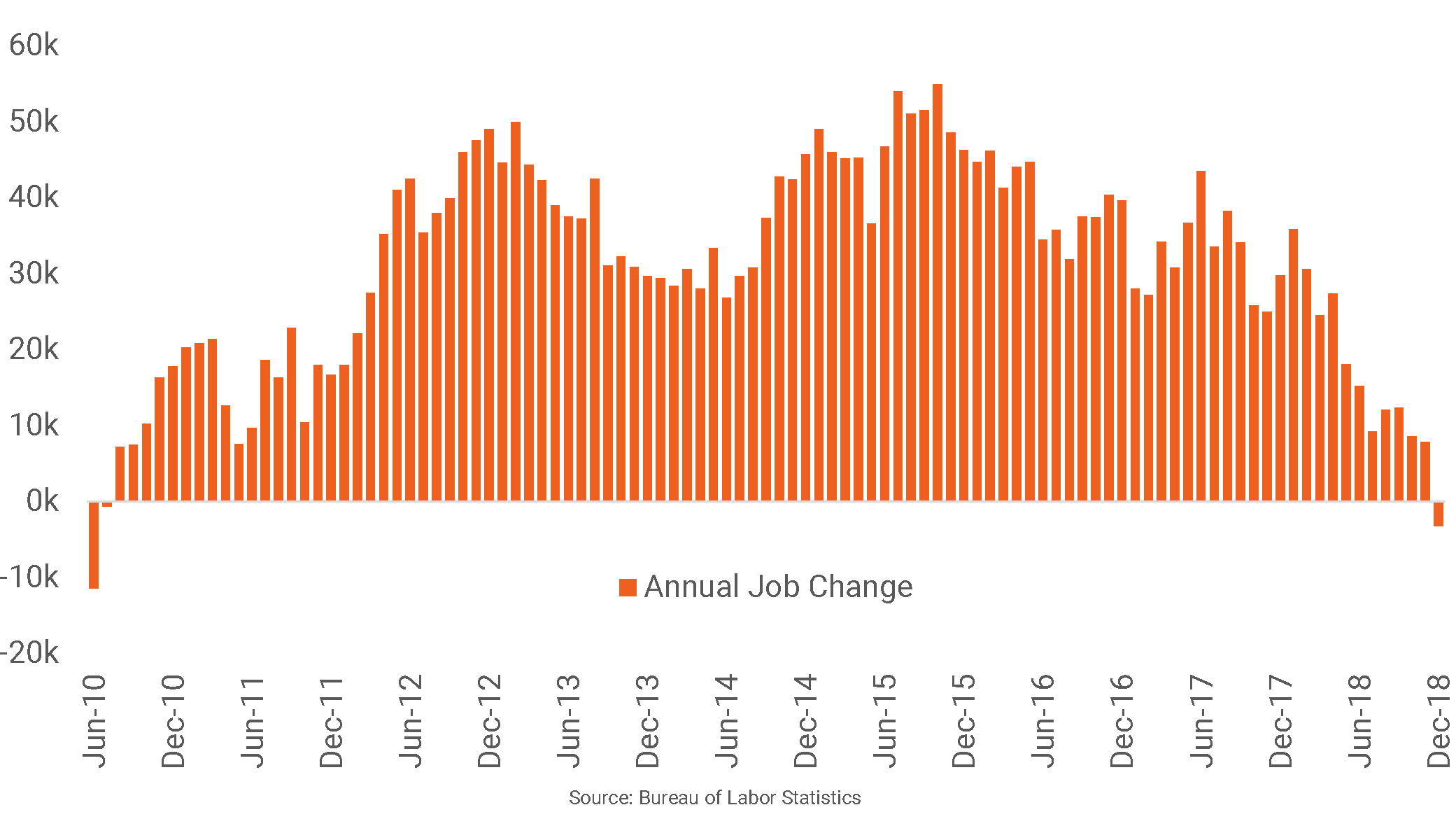 For the first time since 2010, the Anaheim-Santa Ana-Irvine metro’s employment base contracted in the past year, making it the nation’s only major market to lose jobs in 2018. Orange County’s job losses totaled 3,200, or 0.2% of the employment base. Losses were concentrated in a handful of sectors, with the largest recorded in state government (-5,000 jobs), followed by manufacturing (-4,600 jobs), other services (-3,300 jobs) and construction (-2,800 jobs). While local economists agree that hiring in Orange County is likely slowing, they believe that the data will reflect more favorable job numbers after the BLS revises its hiring tally in mid-March.