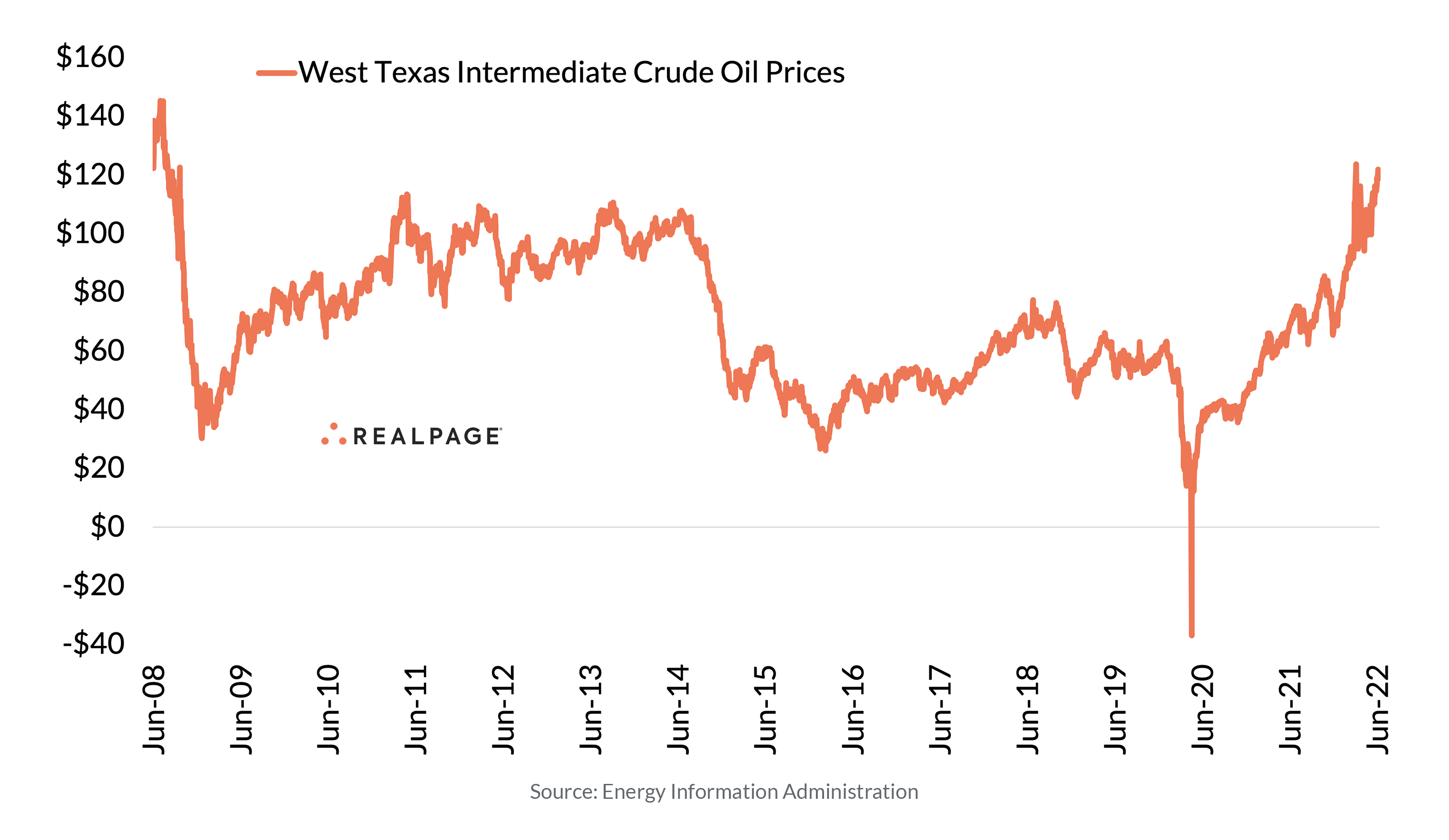 The cost of a barrel of oil, which now makes up nearly two-thirds of the cost of a gallon of gasoline, has increased. That’s usually good news for apartment markets relying on energy-dependent economies. After hitting a low point during the early days of the COVID-19 pandemic, crude oil prices have gained steam to maintain 14-year highs. West Texas Intermediate crude oil prices were above $121 per barrel from June 8 to June 13, according to the U.S. Energy Information Administration. Crude oil hadn’t breached the $120 a barrel threshold since mid-2008 during a recession. Recent performances are quite a turnaround from the decline seen just over two years ago, when crude oil prices fell below zero for the first time in history, as storage tanks were full due to a lack of demand caused by the global pandemic. Fluctuations in oil prices tend to affect apartment performances most in oil-dependent markets like Houston, Midland/Odessa, Oklahoma City and Tulsa. But this cycle is different. Oil companies have been slow to respond to increased demand. With crude oil prices having little impact so far on oil production in the U.S., the nation’s energy-dependent markets have inconsistently reaped the benefit as job recovery lags the national norm in some, such as in Midland/Odessa and Tulsa.