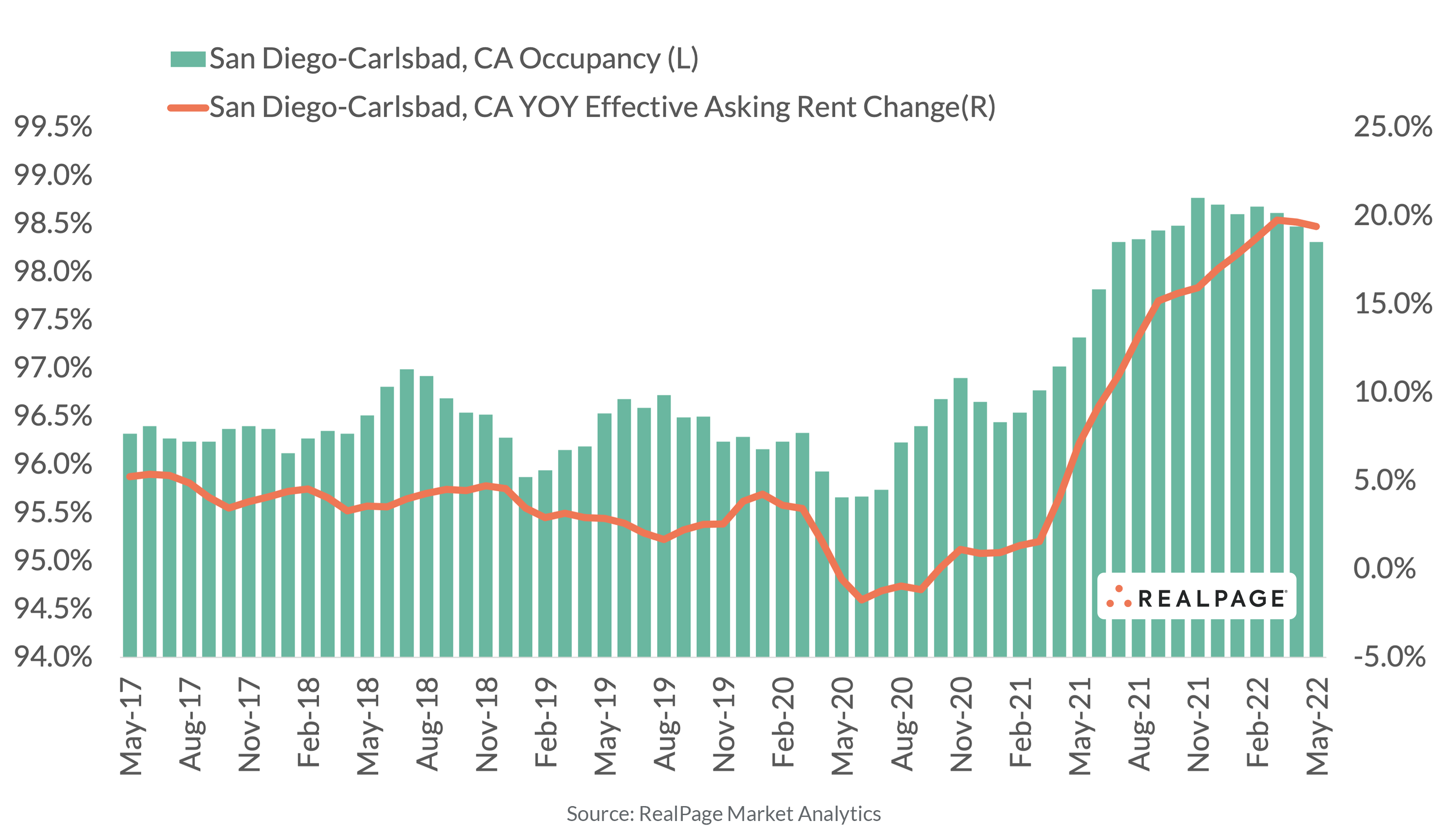 Occupancy and rent growth in San Diego’s apartment market rebounded significantly over the past 12 months. In the year-ending May, occupancy landed at 98.3%, according to RealPage Market Analytics. That rate ranked San Diego second behind only New York for occupancy across RealPage’s largest 50 apartment markets. May’s occupancy rate in San Diego was about 150 basis points above both the national norm and the market’s five-year average. With solid demand, operators pushed effective asking rents up 19.4% year-over-year. That was a significant improvement over the same period just two years ago when operators resorted to rent cuts in worst of the downturn of the COVID-19 pandemic. At the same time, rent growth improvement indicates the strength of performance in San Diego as demand continues to outpace supply. Still, for perspective, although San Diego achieved exceptional rent growth over the last year, that increase ranked only #12 in relation to top 50 markets across the U.S. As of May, effective asking rent in San Diego climbed to $2,636 per month, or $2.980 per square foot. That set a record for the metro, but still comes in just below asking rents in neighboring Los Angeles ($2,698) and Anaheim ($2,669).