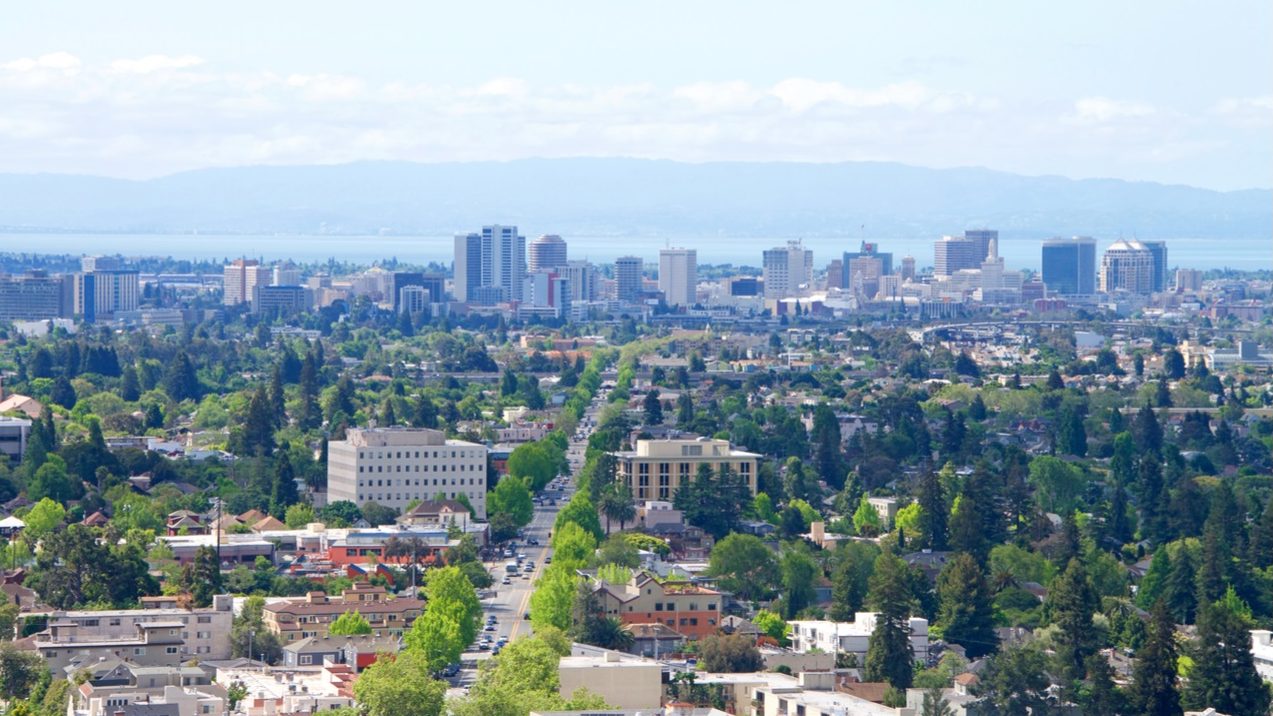 The Oakland/Berkeley submarket has seen apartment development soar to levels that have made the area a key construction center in the Bay Area moving forward – unfamiliar territory for this historically dormant submarket.

In the Bay Area overall, apartment deliveries have been sizable relative to local standards, and the number of units under construction has taken off. That’s a departure from the historical pattern, as this has been a high barrier-to-entry market, with limited site availability and regulations that tend to hinder apartment projects before they get off the ground.

The Oakland/Berkeley submarket, which is a large, diverse area across the San Francisco Bay from the much more expensive Downtown San Francisco and SoMa areas, is just beginning to see a similar pattern, as new apartment additions have recently surged well beyond historical norms. The downtown Oakland area, specifically, has traditionally been overlooked by developers, but is now transforming into trendy shops and restaurants, and high-density projects are on the rise.

Thus far in the current economic cycle, apartment deliveries in Oakland/Berkeley have approached 6,800 units, swelling the existing base by 7.5%. A third of those completions came in the past year alone, when deliveries totaled 2,051 units. This was a record for Oakland/Berkeley, the first time annual completion levels surpassed 2,000 units. Before this past year, annual new supply volumes in this submarket ran closer to the 600-unit mark, on average. 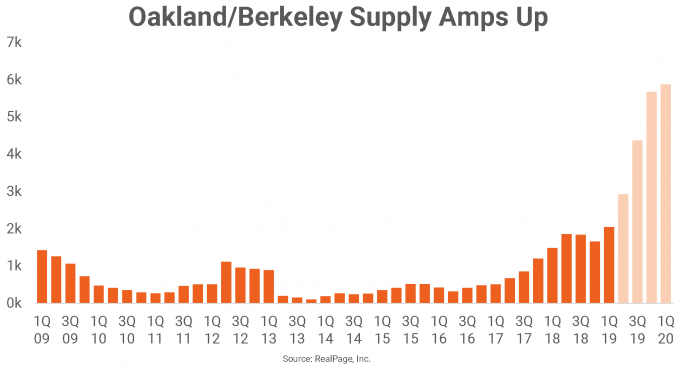 Oakland’s busiest submarket was also the most active in the Bay Area in the year-ending 1st quarter 2019. The only other submarket to see completions come close was San Jose’s North San Jose/Milpitas, which saw 1,103 units delivered in the past year.

Even after its biggest supply year on record, Oakland/Berkeley is expected to see new supply volumes surge even further in the years ahead, as another 6,400 units are currently under construction in the submarket. These apartments under way are set to swell the existing base in Oakland/Berkeley by another 7.4%, well ahead of the 4.1% increase expected in the Oakland market, and notably beyond the 3.4% increase scheduled for the Bay Area overall.

No other Bay Area submarket comes close to having this much construction activity under way. The next biggest volume is in Central San Jose, where roughly 2,000 units are currently in development. 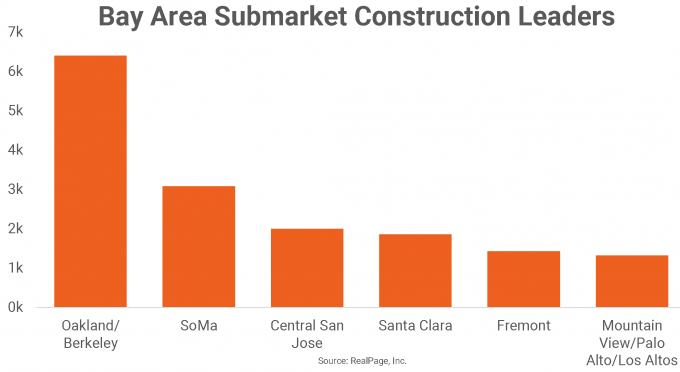 Most of this construction under way in Oakland/Berkeley is rising in a small pocket located in downtown Oakland and the Pill Hill and Northgate-Waverly neighborhoods to the north. Over the short term, then, this area likely faces one of the most competitive leasing environments throughout the Bay Area.

While the location of Oakland/Berkeley is attractive to developers right now, so are the submarket’s rising rental rates and steady occupancy trends. During the current economic cycle, this submarket has registered rent growth of 57%. While this is similar to the sizable increase seen in the Bay Area overall, average prices in Oakland/Berkeley remain about in line with the regional average at $2,853, roughly $700 to $1,000 under the rates in nearby Downtown San Francisco and SoMa.

More recently, under pressure from new supply, the pace of rent growth has faded in Oakland/Berkeley. Annual price increases were at 2.7% in 1st quarter, well below the decade average. Price increases were much more aggressive just a few years ago in 2015, when rent growth peaked at 15.5%. The slowdown in the past three years followed the broader pattern in the Bay Area, as slowing job growth and increasing apartment development spooked operators. 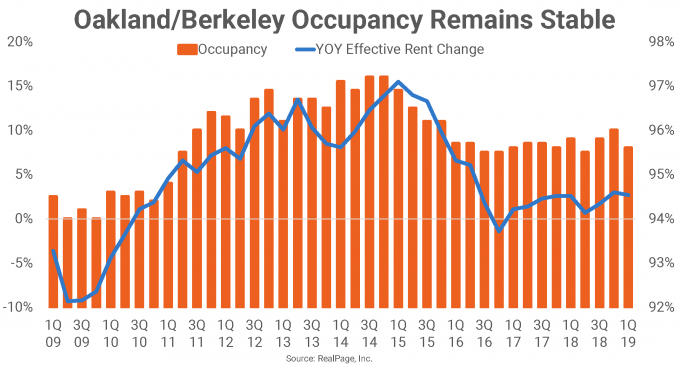 Looking forward, occupancy and rent change are both likely to fade under the weight of heavy construction activity. It wouldn’t be a surprise for occupancy to come down or for rent cuts to emerge as new competition hits the market.