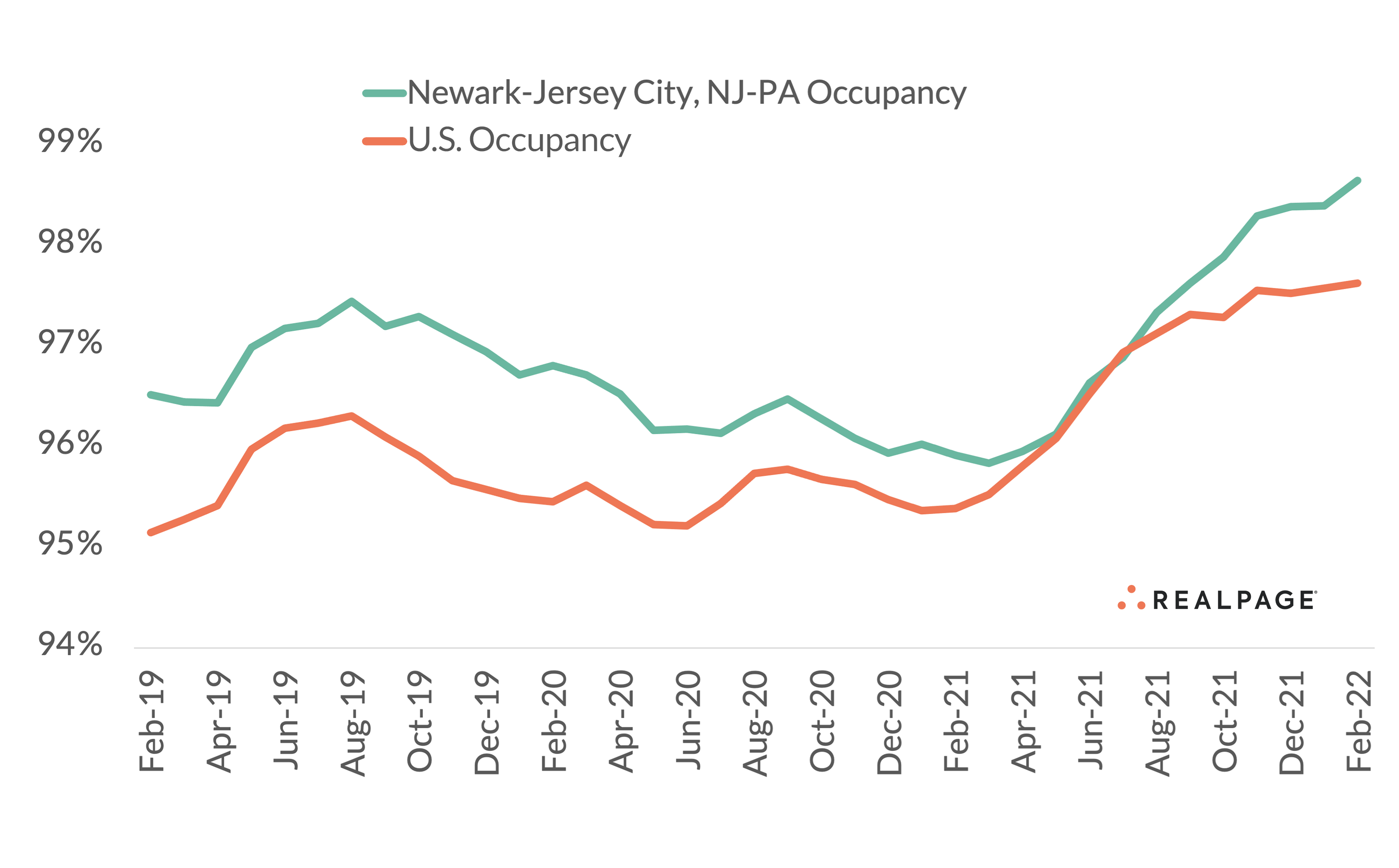 Occupancy in Newark accelerated to a very tight 98.6% in February 2022, pulling notably ahead of the U.S. average. In the decade preceding the COVID-19 outbreak, occupancy in Newark regularly ran around 97%, about 100 to 200 basis points (bps) ahead of the national norm. However, once the pandemic hit, occupancy in the Newark market backtracked to fall in line with the national norm (96% to 96.5%). Near the end of 2021, occupancy began regaining momentum and has climbed 100 bps ahead of the national norm once again. February’s rate also surpassed Newark’s 10-year average for occupancy by about 200 bps. Strong demand reflected in the occupancy rate prompted operators to push annual effective asking rent growth to a record high in February at 12.4%. As of February, effective asking rent in Northern New Jersey was at $1,675.