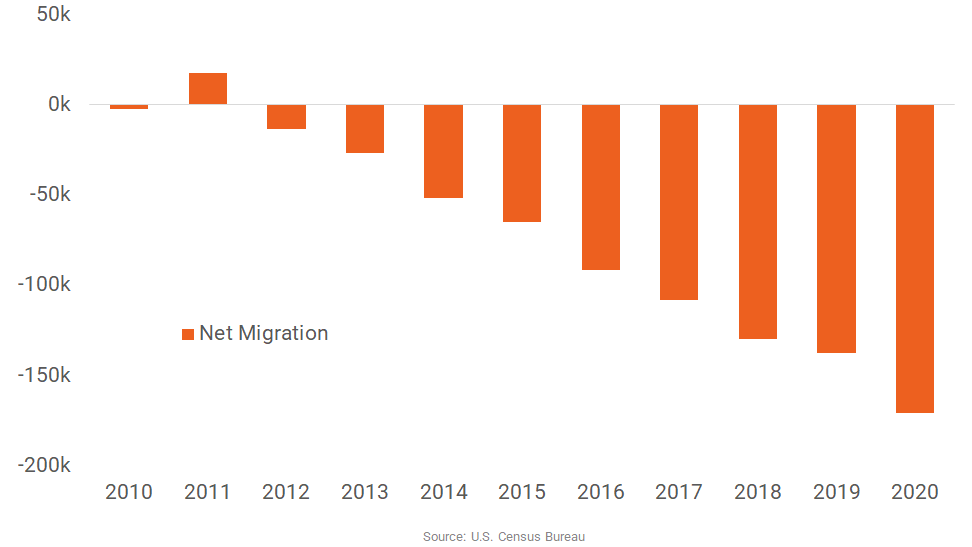 The loss of households to net migration has gotten progressively more severe in New York in the past few years. More than 170,000 people, on net, moved out of New York in 2020, according to recent population trends released by the U.S. Census Bureau. This has been a consistent theme for several years in New York, with 2011 being the last time the market realized positive net migration, but the decline in 2020 was deepened by the effects of COVID-19. New York realized a domestic migration loss of more than 216,000 people in 2020, the deepest loss seen anywhere across the nation. While this is substantial, it’s important to note that New York is a spot where international migration patterns are also a big influence. Similar spots where this is a big factor include markets like Houston, Miami and Los Angeles. However, with travel shutdowns during the pandemic, only 46,000 newcomers from abroad moved to New York in 2020, which ranks as the lowest total since 2010. While New York remains the largest market in the nation with more 19.1 million people, that volume has only increased by about 200,000 people since early 2010.