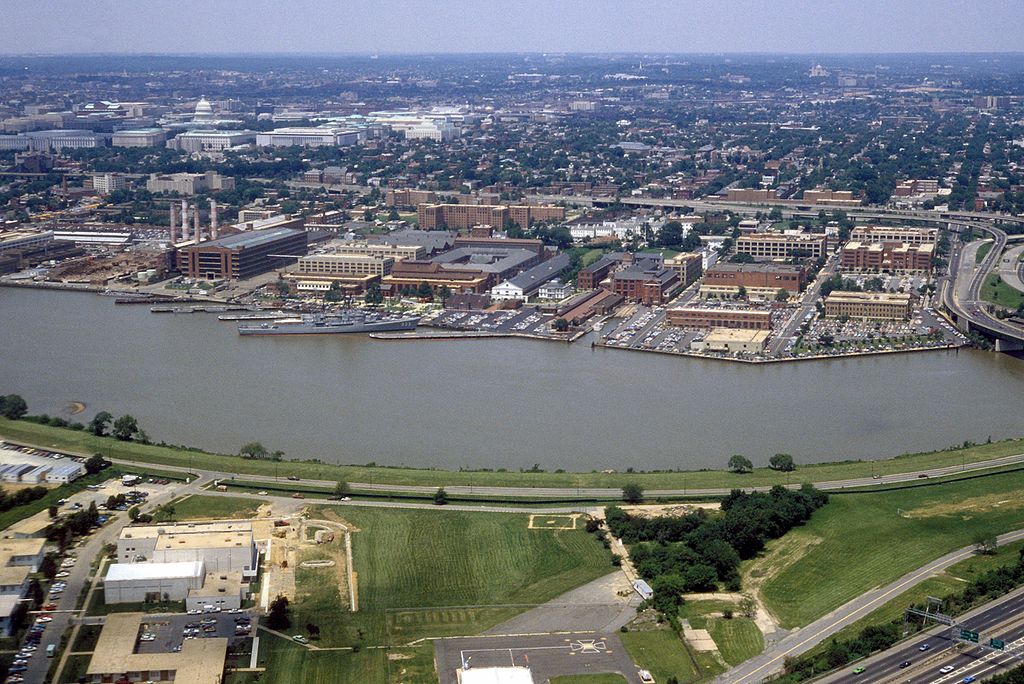 Landing in the #5 spot on our list, The Nation’s 10 Busiest Submarkets for Construction, is Washington D.C.’s Navy Yard/Capitol South submarket. The submarket encompasses several popular DC neighborhoods including Capitol Riverfront (which includes Navy Yard), Southwest Waterfront and the southern portion of Capitol Hill. Navy Yard/Capitol South’s existing apartment base expansion rate since 2012 is 80.7%. Turning that percentage into a unit count, the submarket has received 2,550 new apartments since 2012 and recorded an additional 3,399 units under construction at the end of 1st quarter 2016, all of which should complete by 3rd quarter 2017. Most of the area’s construction activity has occurred in the Capitol Riverfront neighborhood, with a few larger projects concentrated in Southwest Waterfront. Bordered by the Anacostia River and the Washington Channel, the submarket poses a unique opportunity for waterfront development.

Let’s take a look into some of the many aspects of this submarket that attracted so much apartment development.

Directly south of the U.S. Capitol building and the National Mall, this rapidly-developing submarket is relatively new area, only recently seeing major developmental activity. Two major interstates – I-395 and I-695, which connects to I-295 – run through the submarket, connecting the area to the rest of D.C., northern Virginia and Maryland. Navy Yard/Capitol South is highly accessible through the D.C. metro’s popular public transportation system. Metrorail, the light rail system, is particularly popular in the area. Navy Yard/Capitol South has nine stations located throughout the submarket, including Union Station and L’Enfant Plaza, two of the metro’s busiest stations. All but one of the metro’s rail lines serve the submarket. Additionally, Navy Yard/Capitol South is highly walkable and bikable. The city has made a major effort to encourage mobility through the development of bike lanes and trails. The submarket also offers a bike share program, similar to others on our list of high-development submarkets.

The submarket also boasts plentiful park systems and benefits from a recent surge in development of entertainment, retail and dining establishments. Married with the government’s longstanding presence in the area and the many job opportunities that it provides, Navy Yard/Capitol South is developing into a balanced live-work-play environment.

The vast majority of employment opportunity in the submarket is through the government sector or through government contractors. The Washington Navy Yard formerly served as the shipyard for the United States Navy, but is now home to the Chief of Naval Operations, Naval Historical Center, National Museum of the United States Navy and the Navy Art Gallery. Other national and local government employers in the area include the Office of the Chief Technology Officer, National Labor Relations Board, Office of Motion Picture and Television Development and the U.S. Department of Transportation headquarters, which includes entities like the Federal Motor Carrier Safety Administration, Federal Transit Administration, National Highway Traffic Safety Administration, U.S. Federal Railroad Administration and U.S. Maritime Administration.

Alongside residential development, office development in the submarket has skyrocketed. With three of Washington, DC’s business improvement districts located within the submarket, new businesses, small and large, are coming into the area.

The variety of transportation options throughout the Navy Yard/Capitol South submarket make it easy for residents to access a variety of employment opportunities throughout the DC metro. Check out this website to see some of the metro’s largest employers or this list from The Washington Post to look at the area’s highest rated companies.

Just a short drive or metro ride away are a variety of highly regarded universities, including George Washington University, Georgetown University, Howard University and American University, among others. Located in the Southwest Waterfront neighborhood is the National Defense University, a Department of Defense-funded training and education facility specializing in national security strategy.

Sports aren’t in short supply in this submarket! The Washington Nationals have called this submarket home since 2008, when construction completed on Nationals Park. Navy Yard/Capitol South will soon welcome DC United, Washington, DC’s Major League Soccer team, to the submarket. Plans are underway for a new stadium to be constructed in Buzzard’s Point, at the southern tip of the submarket.

Cultural attractions abound in Navy Yard/Capitol South. Residents of the submarket are just a short walk to a metro ride away from National Mall and Memorial Parks and a multitude of well-known museums. Other popular destinations in the submarket include:

The District of Columbia has seen unprecedented growth in the Navy Yard/Capitol South submarket. With a significant amount of funding being directed towards redeveloping the area, new housing, office space, retail, dining, entertainment venues and park projects have sprouted throughout the submarket.

Multifamily construction across the submarket has been concentrated around two of the area’s business improvement districts: Capitol Riverfront and Southwest Waterfront. These two areas are quickly turning into some of the metro’s most popular neighborhoods, offering a variety of retail, dining and entertainment options within walking distance of apartments. Both neighborhoods are also encouraging a sense of community with ample park space and community areas.


Apartment projects in the Navy Yard/Capitol South submarket since 2012 have all the bells and whistles you’d expect. The area is extremely pet-friendly, and that has been carried through in apartment development. While the hip area attracts a good amount of singles, most apartment developments are designed to please both singles and families.

Completions from 2012 through 1st quarter 2016 ranged from 77 units to 530 units. The two largest projects completed during that time:

The two largest projects still under construction as of 1st quarter 2016 are:

Overall, this submarket is in a unique situation for growth. It is in a prime location just south of the Capitol and is equipped with ample public transportation options connecting the submarket to the rest of the metro. The submarket’s population base is small, but growing quickly with a high education levels and a median household income of nearly $97,000.

While all units under construction as of 1st quarter 2016 are set to complete by 4th quarter 2017, development isn’t likely to stop then. The Wharf is only in its first of multiple phases, and the submarket has over a dozen more projects in the pipeline . Apartment market fundamentals appear strong throughout the submarket. Continued economic development, heavily supported through the District of Columbia’s incentives and programs, shows promise as more private-sector companies are bound to discover the promising area.