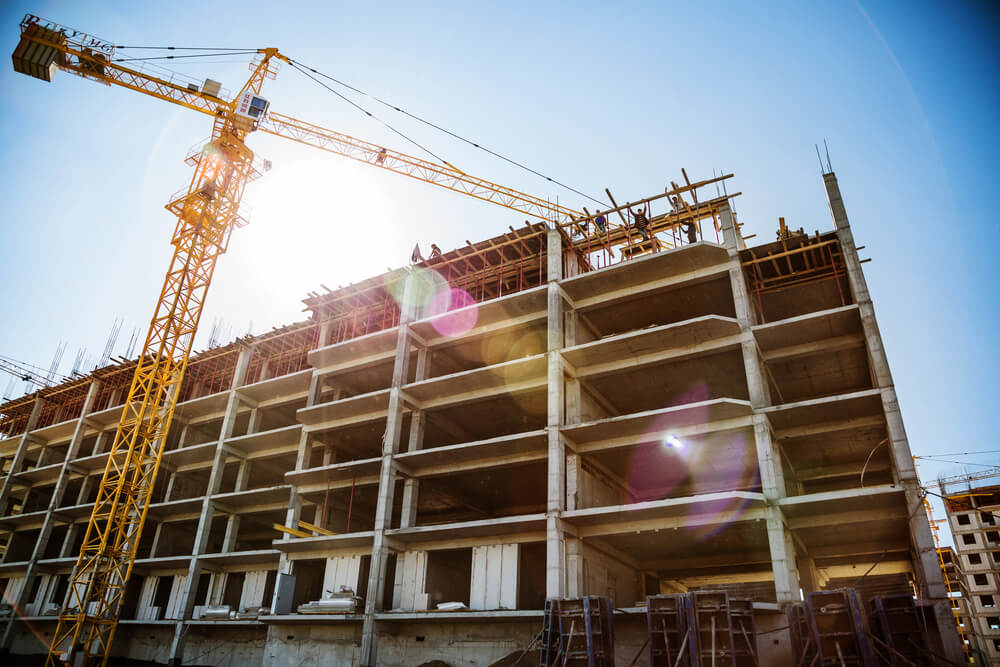 by   Analytics Contributor
in   Multifamily Permits

Local governments across the country approved 401,533 units in the year-ending February 2018, according to Census data. That permitting activity, inclusive of the 26,741 units authorized during the month of February, represents a 0.7% increase from January 2018’s annual volume and a 2.3% increase from February 2017’s annual total.

On the metro-level leaderboard for annual activity in February 2018, nine of the top 10 permitting metros remained the same as they did in the previous month, with the first five remaining in order. Phoenix improved one spot from No. 11 to round out the top 10, switching places with Boston from last month.

Meanwhile, eight of the top 10 markets experienced increases in annual multifamily permitting from the same 12 months one year ago. But perennial top performer Dallas is showing signs of slowing. With a decrease of 5.3% from the 12 months ending February 2017, Dallas was the largest metro on the leaderboard with a significant decline. The metro has dropped almost 20% below the pace of two years ago. However, overall permitting levels remain well above the market’s historical norm. 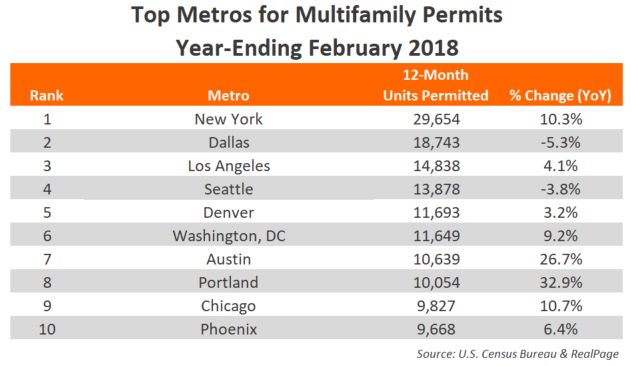 For the month of February, the standings experienced a notable reshuffling, with half of the top contenders replaced from the previous month. New York again retained its leading position, while Washington, DC entered the list at a strong-but-distant #2. Permitting more than 1,500 units, the Washington, DC metro recorded the leaderboard’s greatest year-over-year change. 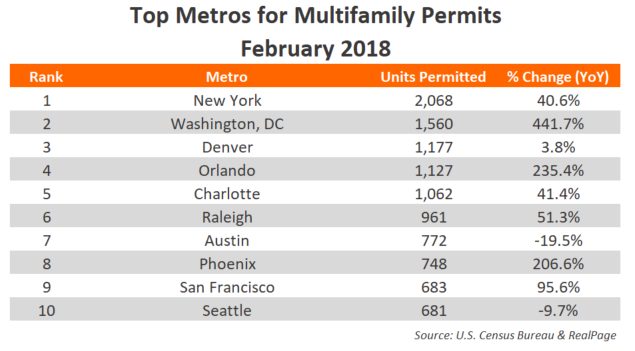 The introduction of Orlando, Raleigh, San Francisco, Seattle and Washington, DC pushed Atlanta, Boston, Fort Worth, Los Angeles and Miami from the standings.