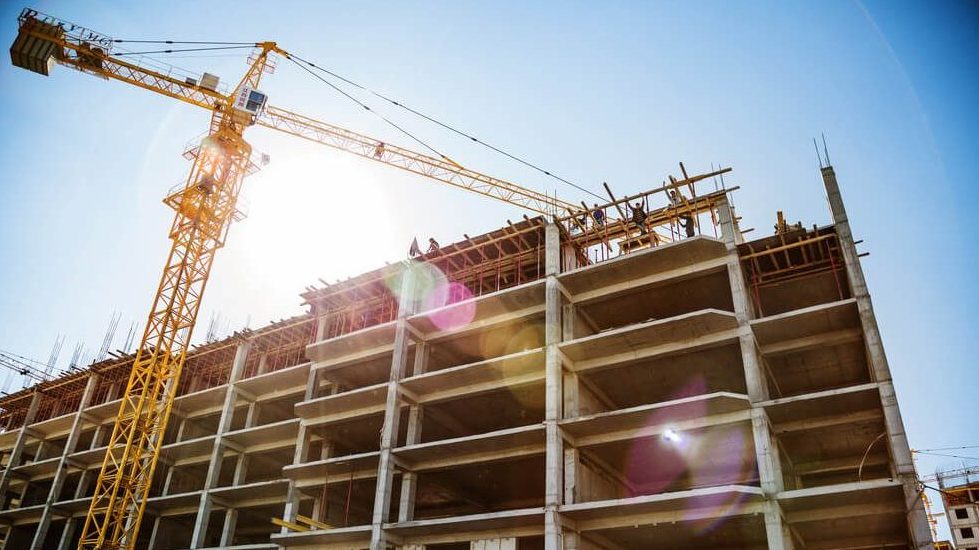 The seasonally adjusted annual rate for multifamily permits totaled 442,000 units in May, up 4.2% from one year ago. Though that permit volume was down April’s 13-month high, it topped 12-month average of 423,000 units and marked the seventh consecutive month of annual permitting levels above 435,000 units.

As permit levels have remained elevated for some time, multifamily starts jumped a whopping 13.8%, as 436,000 units got underway in the past year. That was well above the 12-month average of 351,000 units and the highest annual rate since December 2016.

After slowly climbing up from the recession-induced nadir of less than 100,000 units, multifamily permitting has leveled off at an annual average rate of about 427,000 units, somewhat higher than the long-term average of around 390,000 units annually since 1959. 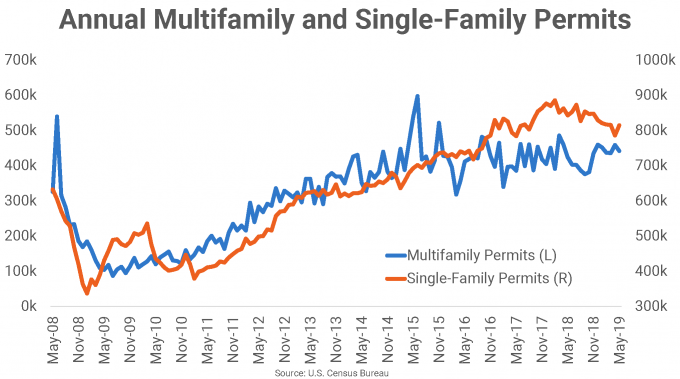 Among local markets, all but one of last month’s top 10 permitting metros remained the same and a few changed places. The top three remained in the same order, with New York, Houston and Dallas leading the way. Seattle and Los Angeles switched positions at #4 and #5 while Washington, DC remained at #6. Austin moved up to #7 and last month’s #7 (Newark) fell out of the top 10, replaced by Minneapolis-St. Paul at #8. Atlanta and Orlando returned in their #9 and #10 positions again this month. 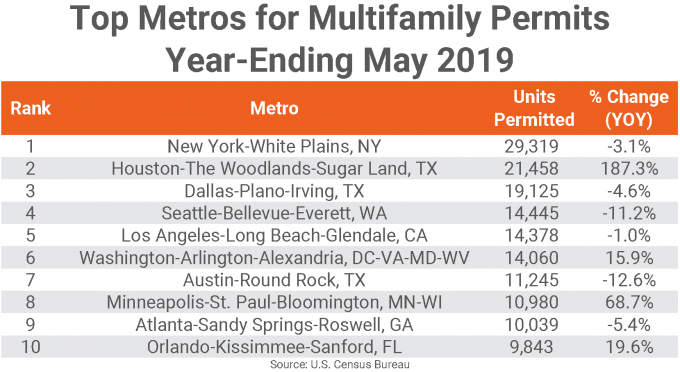 Houston permitted almost 14,000 more multifamily units than the preceding 12 months, and Minneapolis-St. Paul jumped almost 4,500 units. Washington, DC and Orlando increased their permitting totals by from 1,600 units to 1,900 units. The largest declines among the top 10 occurred in Seattle (-1,822 units) and Austin (-1,617 units).

The list of top individual permitting places – cities, towns, boroughs and unincorporated counties – generally include the principal city of some of the most active metro areas. Much like the top 10 market list, the top 10 permitting place list includes the same 10 cities or permit-issuing place as last month. The city of Houston and Unincorporated Harris County led the nation once again for the year-ending May. The city of Austin, Charlotte’s Mecklenburg County and the city of Washington round out the top five.

With their apartment development more concentrated locally, five of the top permit issuing places did not have their metro areas make the top 10 list for metros. Although they placed among the top three for market-level permits, New York and Dallas had no permit issuing places in the top 10 as their apartment development pattern is more spread out geographically.