Multifamily Permitting Down from Peak in Most Metros 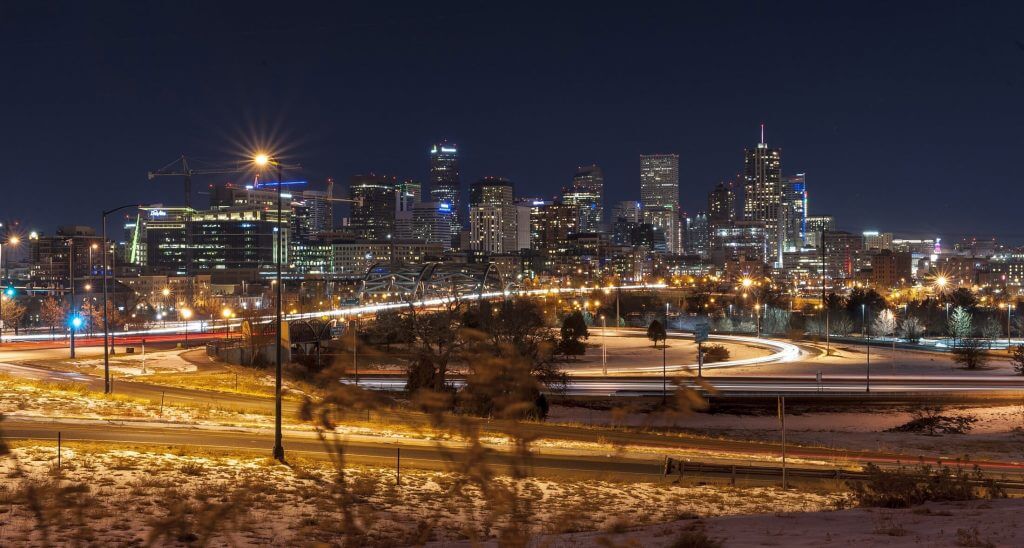 Multifamily permit totals have declined on a year-over-year basis for several months now – which could signal the slowdown in apartment construction completion anticipated in late 2018 and 2019.

So, if national permitting is declining, that means permits authorized in some individual metro areas must also be on the way down. A look at the local numbers confirms that at least 12 major metros have seen multifamily permitting fall well below peaks.

Similar to our previous study on metros whose occupancy is below the peak, most metros’ peak annual multifamily permitting levels came in 2015 and 2016. Two reached their peaks this year, one other in 2013 and yet another in 2014. 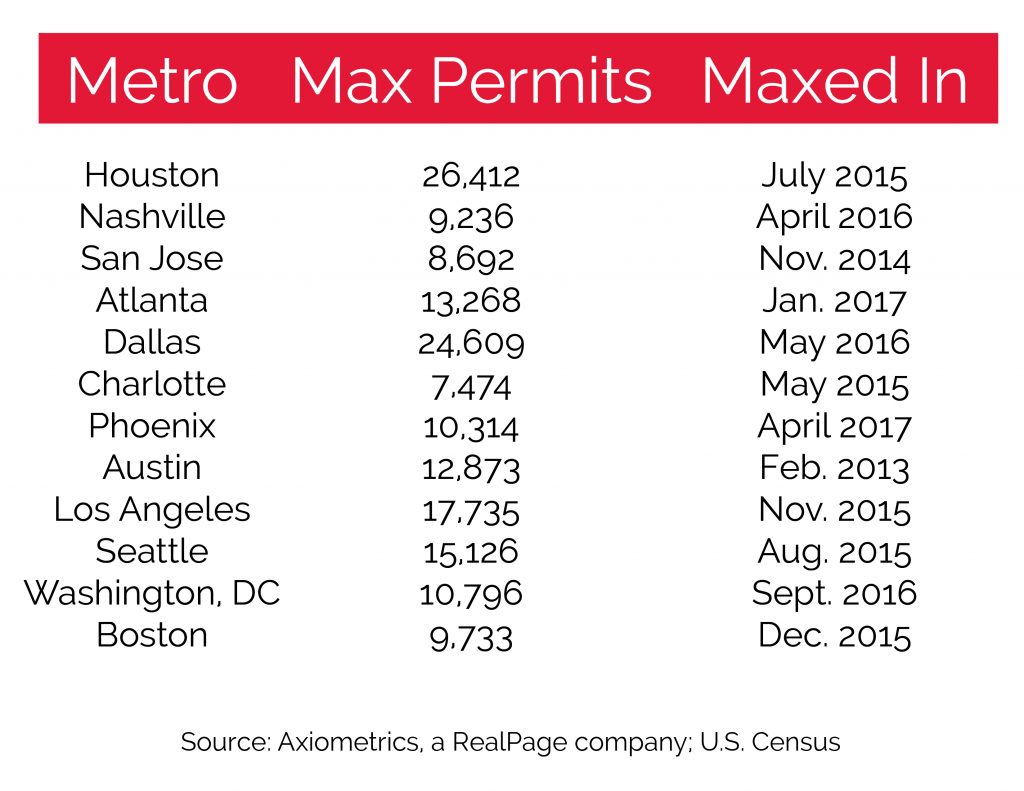 Meanwhile, the range of difference between peak permitting levels and the permits issued in the 12 months ending July 2017 is wide. For example, Houston’s July 2017 rate was 76.7% below the peak level recorded in July 2015, while Boston’s was 10.9% below its December 2015 peak. An 11th metro, Denver, actually reached its peak in July 2017. 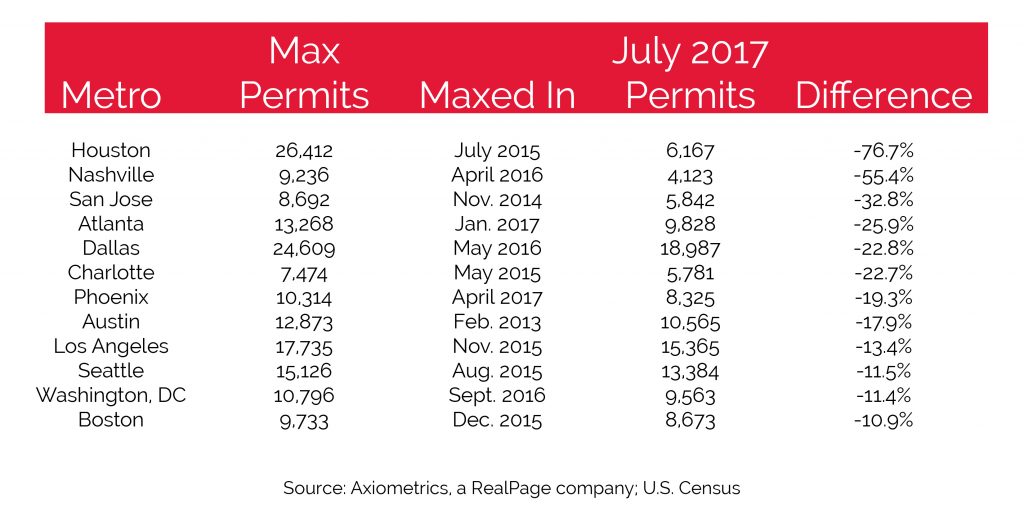 The Houston apartment market, like most metros, started out this decade with low multifamily permitting levels as apartment construction ground to a halt during and immediately after the Great Recession. Permits quickly skyrocketed until reaching its peak in September 2015.

By then, of course, the Houston apartment market reached a two-decade high – especially in the urban core Montrose/River Oaks submarket – as the job market tanked because of the oil industry crisis of the mid-2010s.

The fall in permitting since September 2015 has been fast and steep. The 6,167 multifamily permits issued in the year ending July 2017 was the lowest since the 5,874 of July 2011. That drop shows in the apartment construction forecasts: While 20,239 units were forecast to come to market in 2017 – through the effects of Hurricane Harvey will likely reduce that figure – Axiometrics, a RealPage company, forecasts 14,187 units to be delivered in 2018; 9,594 in 2019. 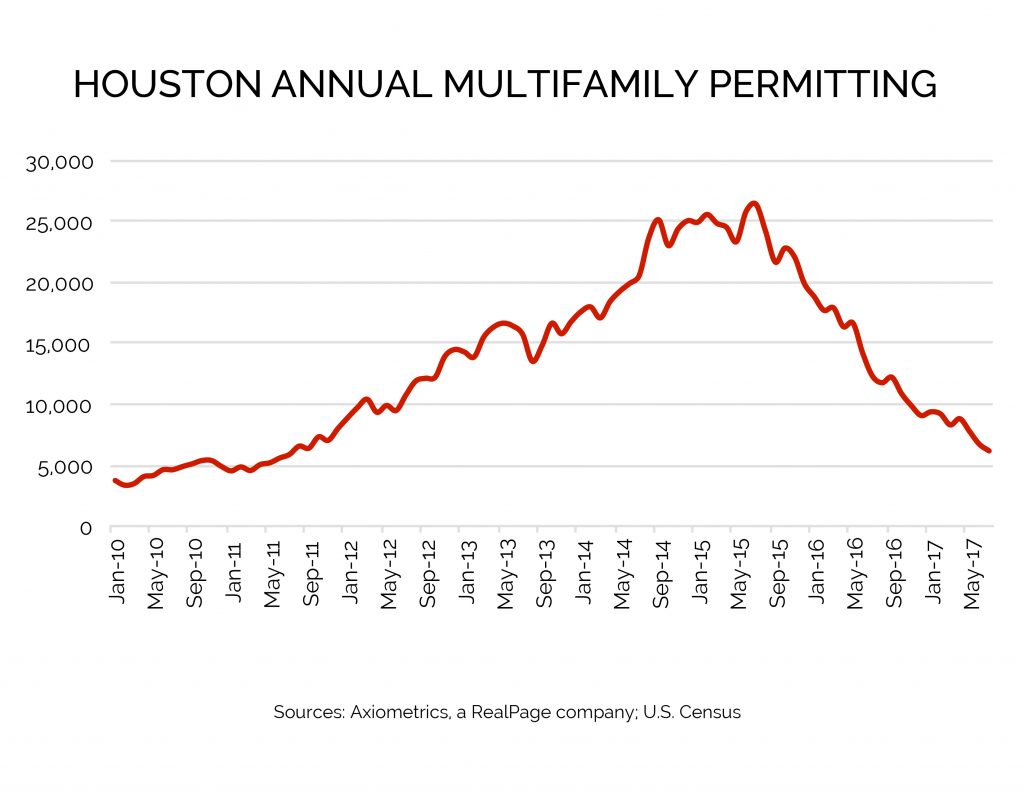 Not all major markets are experiencing declining permitting. The 13,151 multifamily permits issued in the Denver area in the 12 months ending July 2017 was the most since at least 2010 and marked the third straight month in which the metro reached its peak.

Denver apartment market permitting rose steeply until January 2013. It then remained at a relatively stable level through early 2016, when it began rising again. That shows in the apartment construction forecast, which shows little change next year. Some 10,925 units have been identified for 2017 delivery, while the forecast projects 10,107 in 2018. Permitting could drop soon if the forecast of 5,346 units in 2019 holds true. 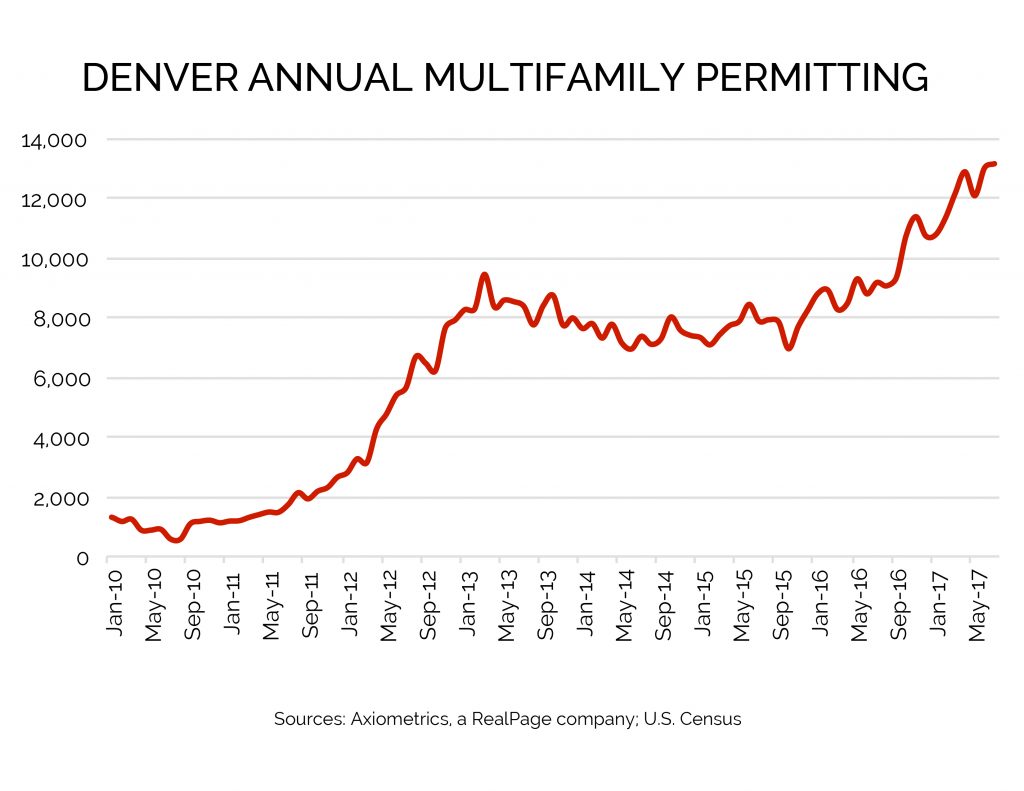 The Denver apartment market is the exception to the rule: Multifamily permitting is declining in most major metros. The continued decline will go a long way toward forecasting apartment construction trends.