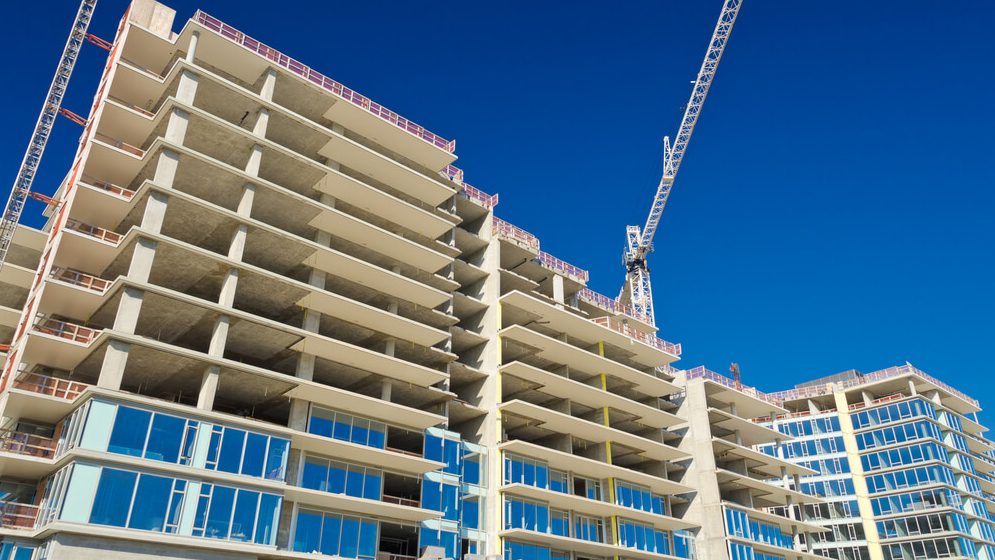 by   Analytics Contributor
in   Multifamily Permits

Local governments across the country approved 398,760 units in the year-ending January 2018. That permitting activity, inclusive of the 31,704 units authorized during the month of January, essentially matches the December 2017 annual volume and represents just a 0.3% increase from January 2017’s annual total.

On the metro-level leaderboard for annual activity, all of the top 10 permitting metros remained the same as they did in the previous month, with the first four returning in order. Denver moved up one spot to #5, while Austin moved up two spots to #6. Chicago remained at #7, with Washington, DC slipping from #5 to #8. Despite the minor stumble, DC remains a development powerhouse. In 2017, metro completions hit a two-decade high. Similar supply volumes are expected in 2018. 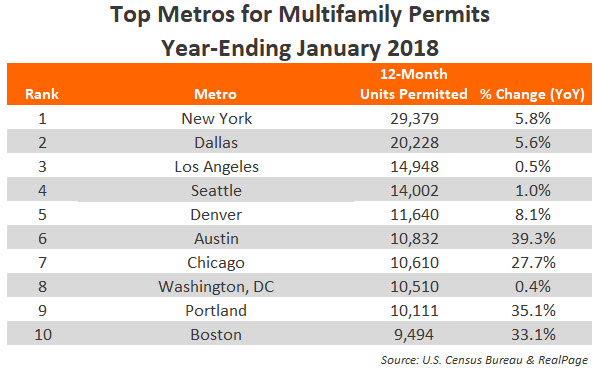 For the month of January, the standings experienced a notable shake-up, with seven of the top contenders replaced from the previous month. New York narrowly retained its leading position, while Charlotte secured both the runner-up spot and the monthly leaderboard’s greatest year-over-year change.

Meanwhile, Atlanta’s #3 position signaled continued growth for the metro. At the end of 2017, nearly 14,000 units were underway in Atlanta – well above the five-year average of 11,797 units. Development continues to be heavy in upscale submarkets, causing pricing power to moderate. In contrast, Atlanta’s workforce housing neighborhoods are experiencing limited supply and robust rent growth. 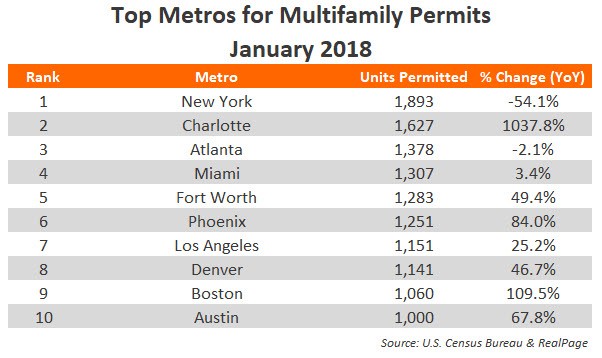