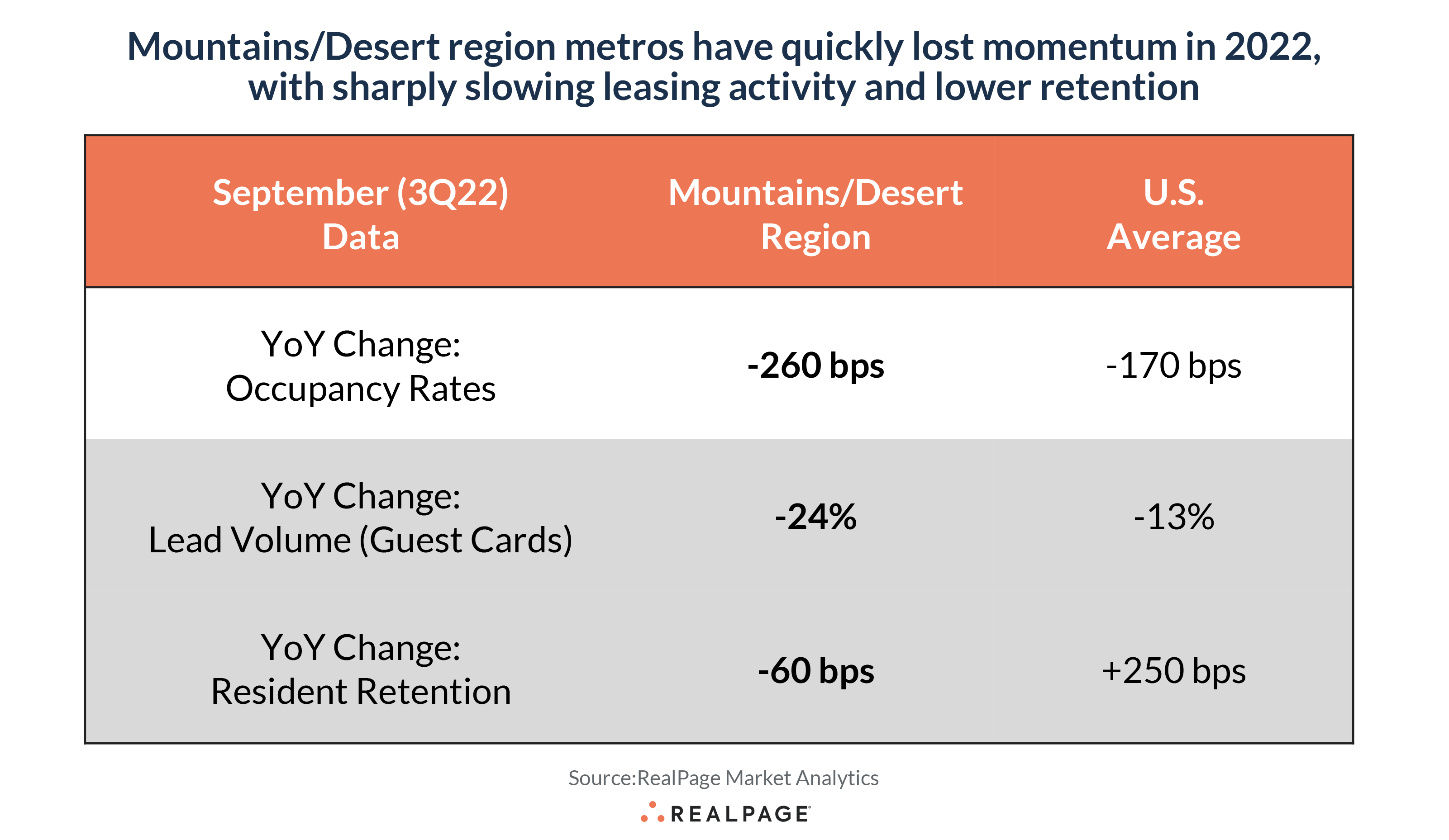 After logging solid performance metrics and significant investment attention over the past few years, the apartment markets in the Mountains/Desert region of the U.S. suffered some deceleration recently. In the past year, average occupancy in these markets declined 260 basis points (bps), quite a bit deeper than the 170-bps decrease in the U.S. overall. Peak leasing season never materialized this year in these apartment markets, which followed a stellar season for that metric in 3rd quarter 2021. One factor affecting occupancy is the faded attention for these markets. Lead volumes in the Mountains/Desert region markets have fallen 24% in the past year, nearly twice the decline seen in the nation as a whole. This is a notable decline after these markets were all the rage in recent years. This will be a trend to watch moving forward, as resident retention in the Mountains/Desert region has also come down, decreasing 60 bps year-over year. This was in direct contrast to the U.S. average, which saw resident retention increase 250 bps.

For more information on the state of the apartment market in this part of the country, including forecasts, watch the webcast Market Intelligence: Q4 Mountains/Desert Region Update.