Most Apartment Markets Are Essentially Full 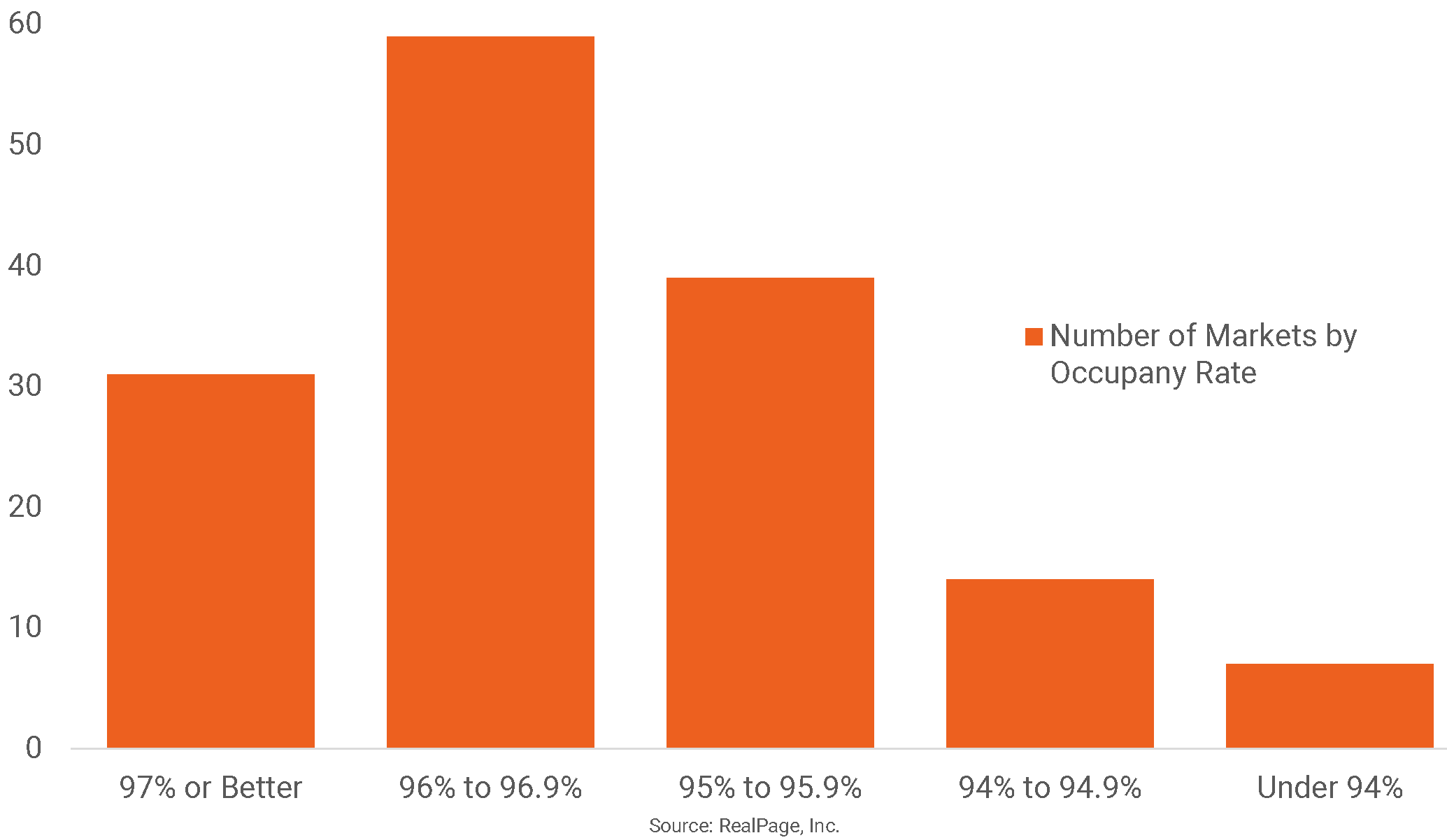 The story of 2nd quarter 2019 has been one of demand. Leasing activity in the U.S. apartment market picked up to a multi-year high, sending occupancy to up to the highest rate in nearly two decades. With a nationwide occupancy of 95.9%, tight occupancy is seen across the vast majority of local markets. In fact, 129 of the nation’s largest 150 markets are seeing occupancy at or above 95%, the threshold for a market to be considered essentially full. Several markets, including Phoenix, Cincinnati and Greensboro/Winston-Salem, have hit all-time highs. Further, 31 markets had occupancy rates above 97% as of 2nd quarter 2019 and 59 had rates between 96% and 96.9%. Only seven markets were less than 94% occupied. Markets in that bottom echelon are mostly select Texas markets – Houston, El Paso, Lubbock, Corpus Christi and College Station. Champaign, IL and Baton Rouge, LA make up the remainder.