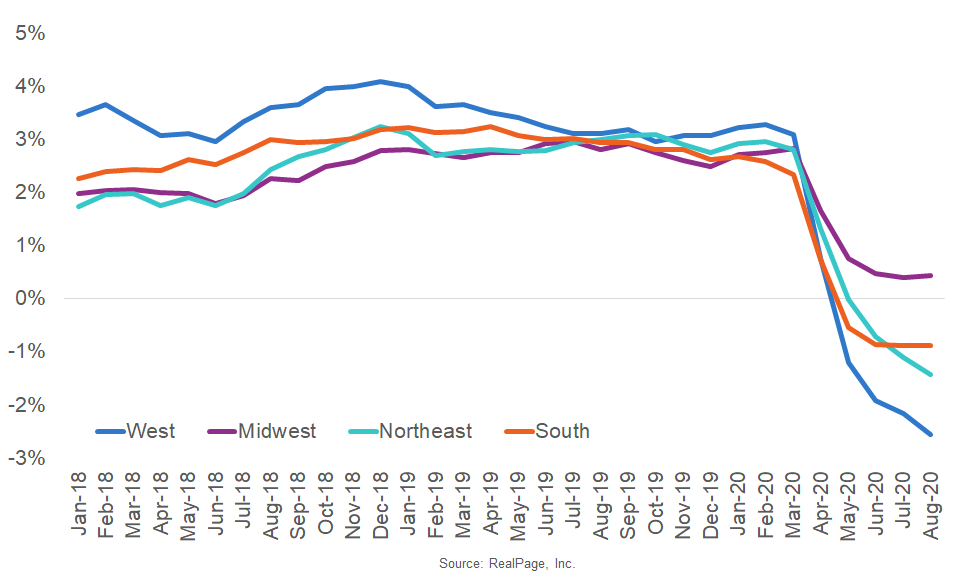 While much of the nation implemented effective asking rent cuts during the COVID-19 pandemic, the Midwest region has thus far held onto mild price increases. After over a decade in the black, the U.S. apartment market turned to rent cuts in May 2020. Driving the decline, the South, Northeast and West regions dipped into the red. As of August, only the Midwest has avoided rent cuts thus far, with prices still growing a modest 0.5% annually. Midwest rent growth was driven primarily by decent gains in Cincinnati, Detroit, Columbus and Indianapolis. Rent cuts in the South have been hovering around 0.9% annually since June, while declines in the Northeast got as deep as 1.4% in August. Cuts are steepest in the West, unsurprisingly, as the region is home to the top two markets for rent cuts in August – San Francisco and San Jose. Nationwide, price declines averaged 1.4% in August.