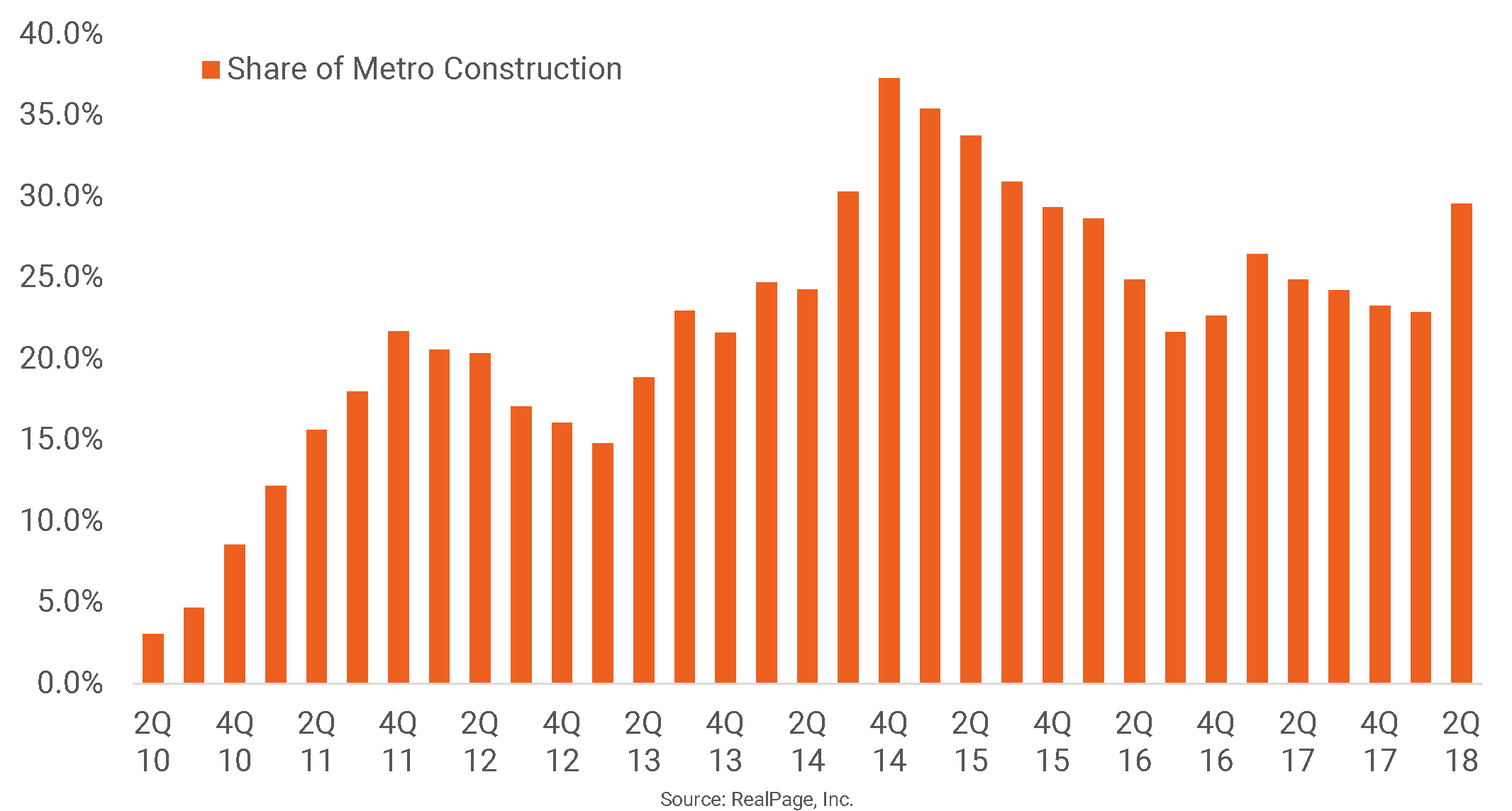 The 15,000 or so apartments built during the current economic cycle in the highly-urbanized Midtown and Buckhead neighborhoods account for 25% of metro Atlanta’s recent new supply. That’s a stunning share of additions, given the two submarkets contain just 9% of Atlanta’s total existing apartment stock. All that new supply is making it tough to push rents in Atlanta’s urban core. Annual rent change in Midtown has been hovering around zero since the middle of 2017. Buckhead apartment rents actually have been cut at a pace near 2% annually for four consecutive quarters. We’re not done with the wave of new supply in Midtown and Buckhead, as another 4,700 units are under construction now.