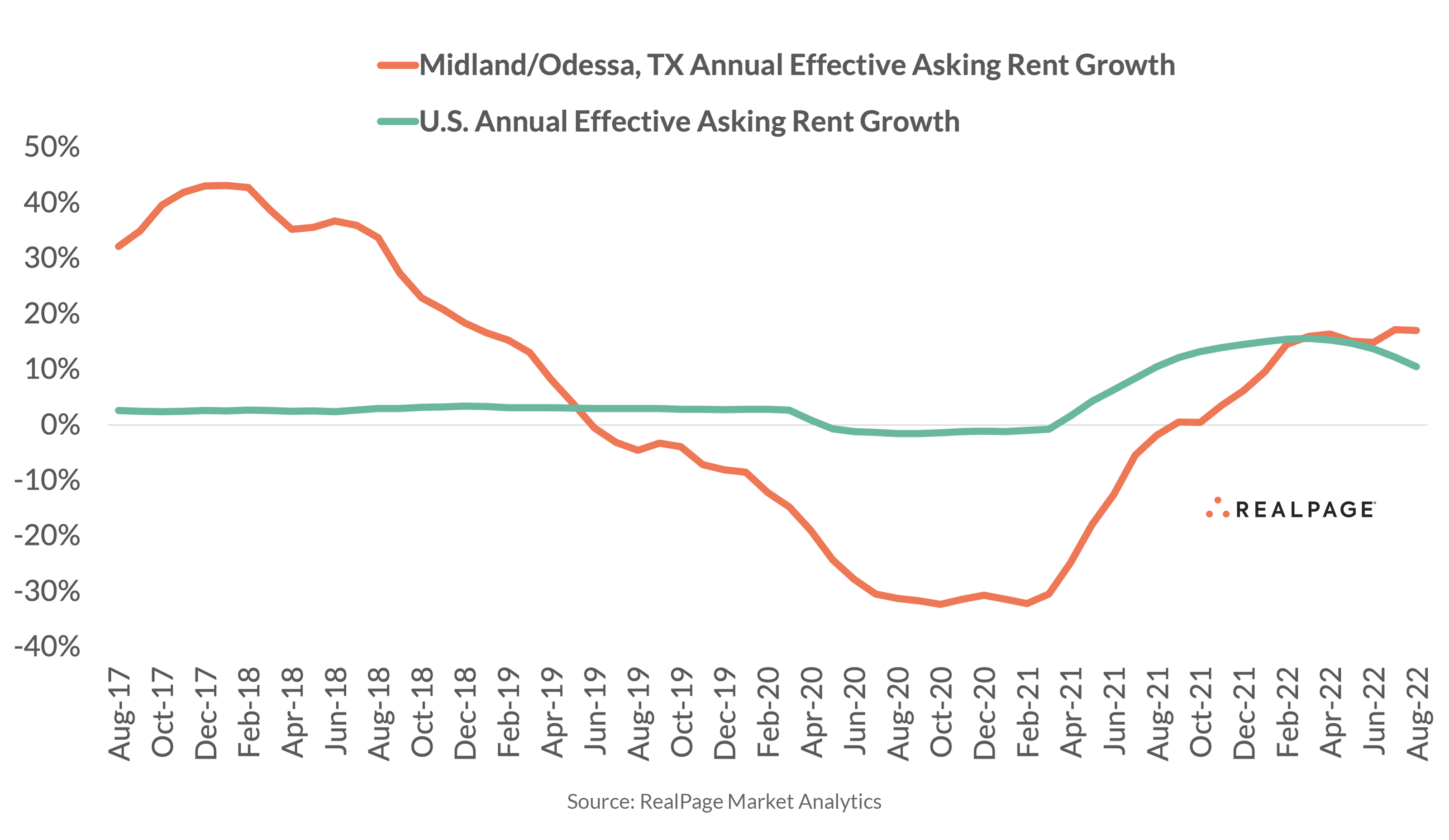 Rent growth in Midland/Odessa is once again running ahead of the U.S. norm. Annual price increases for effective asking rents hit 17.1% in August 2022, according to data from RealPage Market Analytics. That rate was more than 650 basis points (bps) above the national average and nearly 1,300 bps above the market’s five-year norm. As an oil-dependent market, Midland/Odessa is known for wide swings in performance tied to oil and gas prices. The most recent reading indicates operators in this small market are enjoying the benefits of an upswing in oil and gas prices as inflation remains elevated in the U.S. Riding the rising tide of energy prices, annual effective asking rent growth initially climbed above the U.S. norm in March 2022, the first time since May 2019. Under those tailwinds, rent growth in Midland/Odessa has remained in double-digit territory over the last seven months. As of August, effective asking rent in Midland/Odessa ascended to $1,201 per month, or $1.372 per square foot.