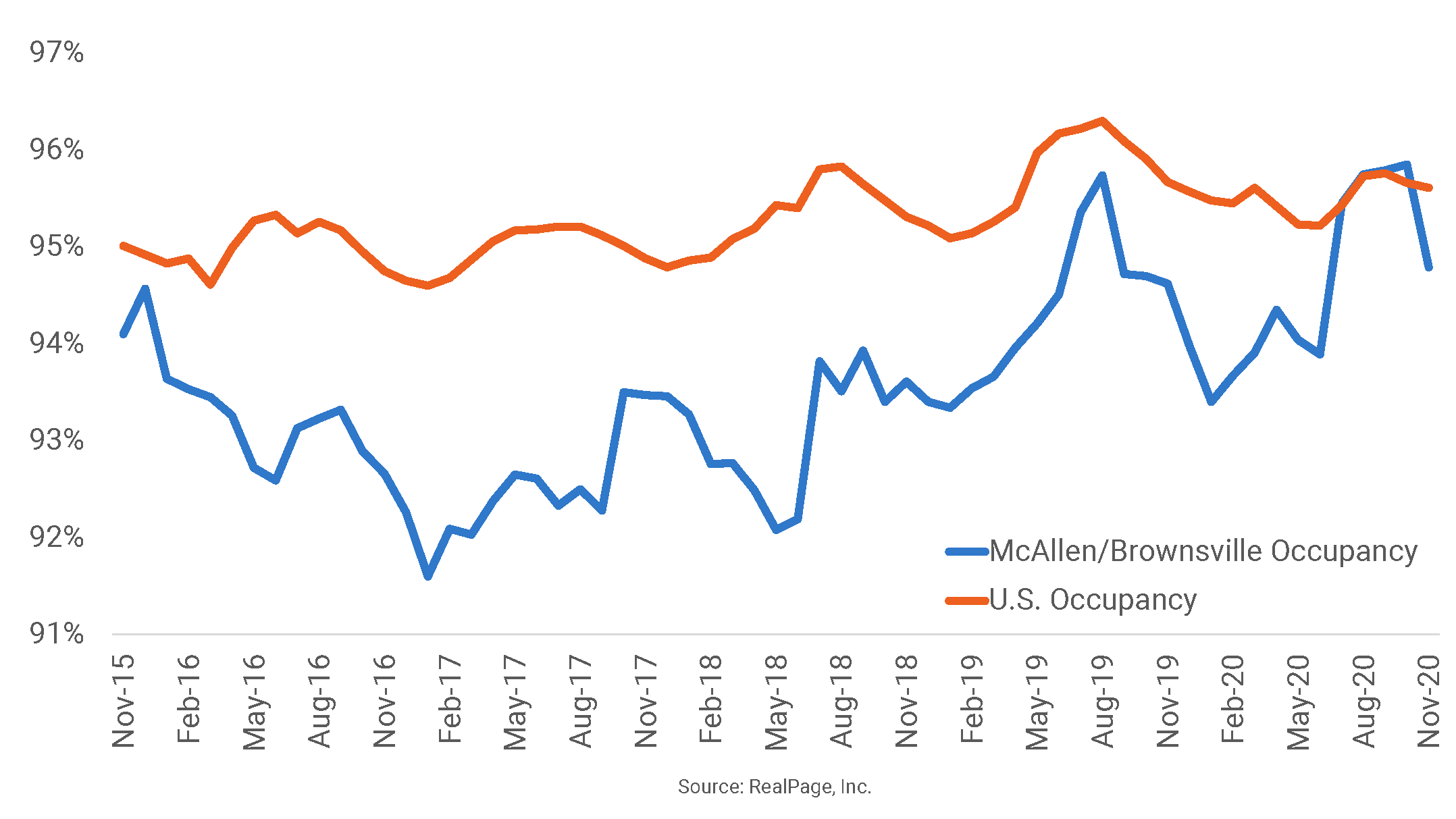 Apartment occupancy in McAllen/Brownsville took a dive in November, with a month-over-month loss of 110 basis points (bps). That was the worst occupancy decline among the nation’s largest 150 markets. The McAllen/Brownsville apartment market has historically recorded fairly large fluctuations in occupancy. Over the past five years, occupancy has ranged from a low of 91.6% in January 2017 to a high of 95.9% as recently as October 2020. November’s loss, however, was the deepest dive the market has seen since September 2019. Even with the steep recent loss, November occupancy of 94.8% in the southern-most market in Texas was above the market’s five-year average of 93.5%. Still, the November rate registered below the U.S. norm (95.6%), where occupancy in McAllen/Brownsville has come in nearly every month for more than five years.