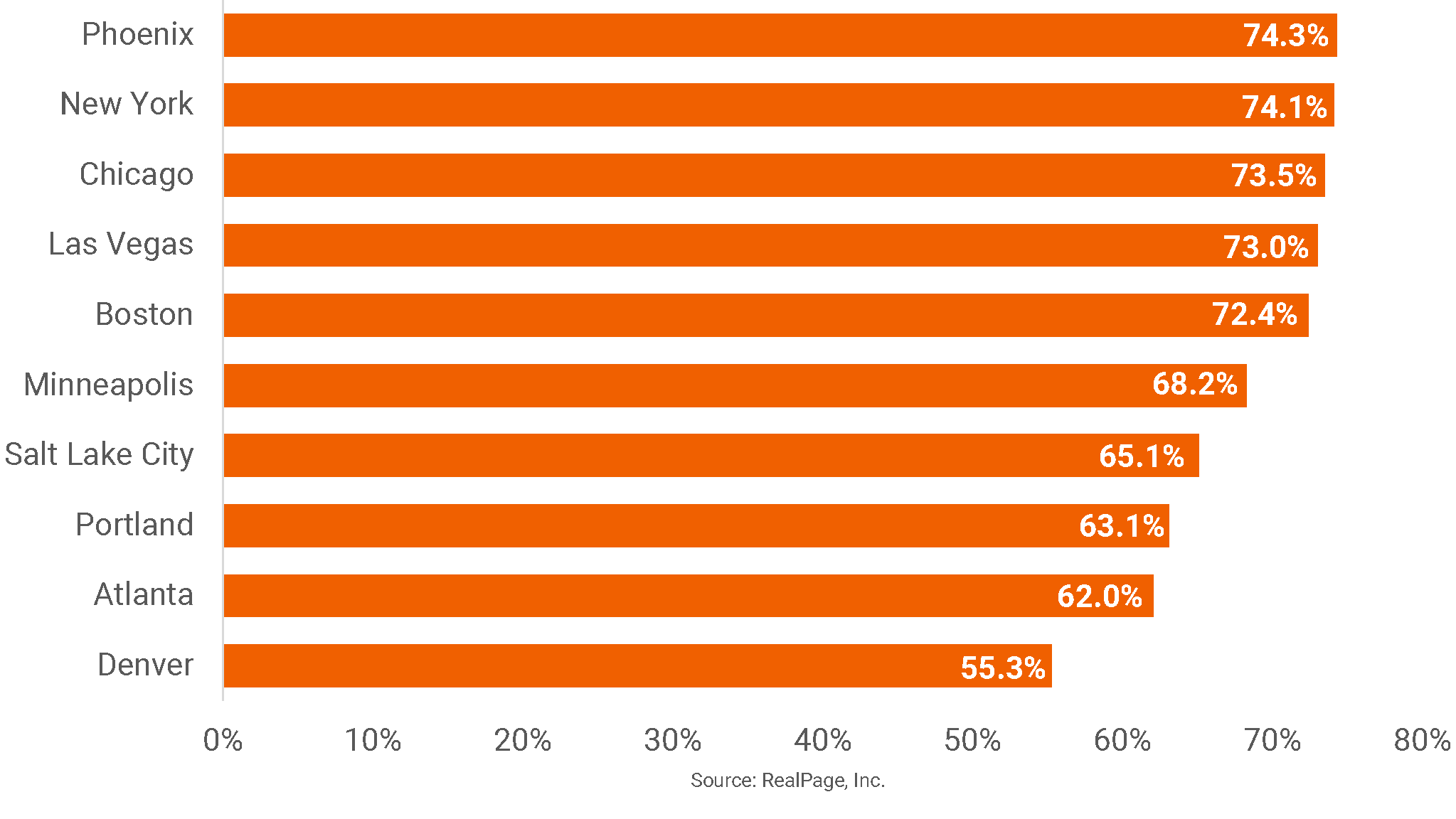 A handful of key markets account for a significant share of the larger statewide workforce. As of March, the Bureau of Labor Statistics shows that Phoenix accounts for a whopping 74.3% of all Arizona workers. More than 2.2 million workers are employed in the market, a hefty share of the roughly 3 million jobs throughout the entire state. Other markets with more than 70% share of their state’s employment base include New York, Chicago, Las Vegas, and Boston. On the opposite side of the spectrum, four of the five markets with the smallest share of statewide workforce are located in California – the state that accounts for the nation’s biggest volume of employed workers. Sacramento, San Jose, Oakland, and San Francisco each account for about 1.2 million of the sizable 17.5 million jobs throughout state. Combing the three Bay Area markets, however, brings the total to 3.6 million jobs, or roughly 21% of employment throughout the Golden state.