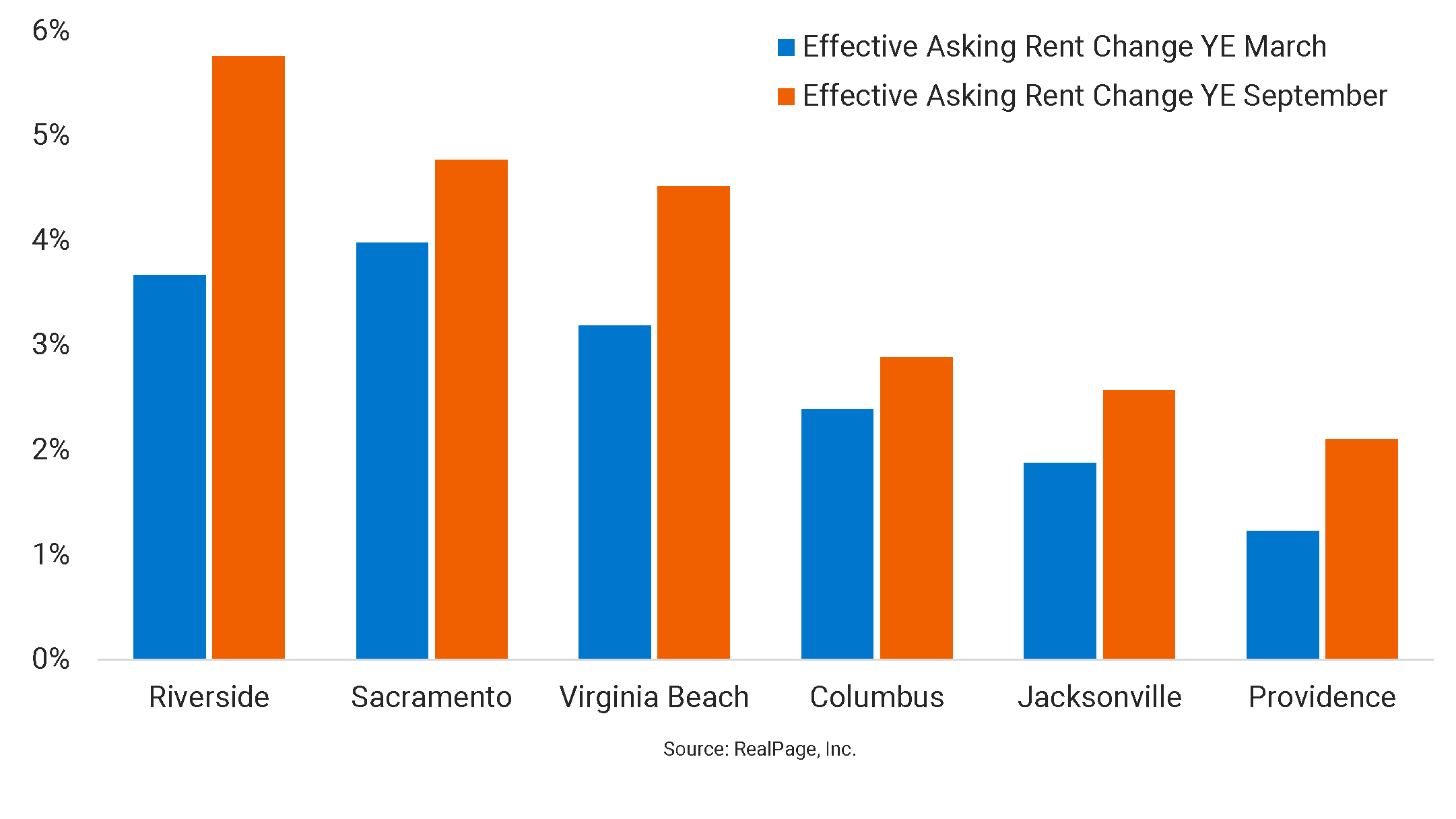 While most apartment markets across the U.S. are suffering signs of damage from the COVID-19 pandemic, a handful are logging rent growth beyond March levels. Among the nation’s largest 50 apartment markets, the three best effective asking rent growth performers in September were Riverside, Sacramento and Virginia Beach. In the two California markets, this performance is a benefit of comparative affordability. Effective asking rent growth in Riverside is now at 5.8%, well beyond the 3.7% increase the market was churning out in March. Similarly, Sacramento’s 4.8% increase is notably ahead of the 4% growth rate from March. In contrast, the more expensive Bay Area and Los Angeles markets were posting rent growth of roughly 1% to 3% in March, but these areas are now seeing steep price cuts of roughly 7% to 17%. Rent growth in Virginia Beach hit a decade high at 4.5% in September, well beyond the growth performance of 3.2% from March. Year-over-year rent change is a bit lower at roughly 2% to 3% in Columbus, Jacksonville and Providence, but all three of these markets are performing ahead of their March increases of 1% to 2%. On the other hand, in the U.S. overall, rents were cut by 1.5% in the year-ending September, a big change from the increase of 3.4% the nation was logging back in March.