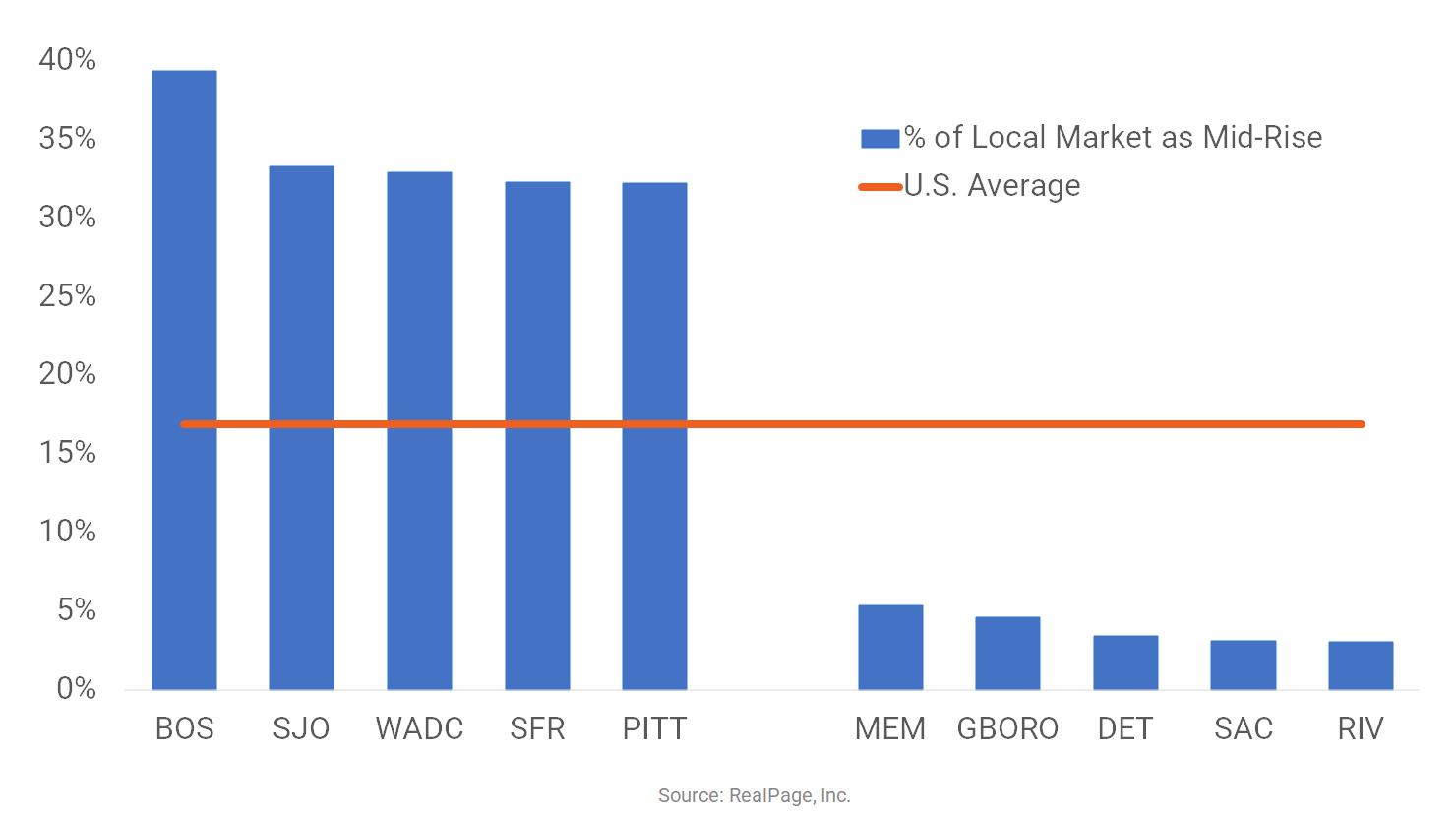 Mid-rise projects are the nation’s middle ground performer in recent months. Mid-rise properties are defined as having four to six stories. Across the nation, mid-rise assets make up about 16% of the survey sample set, but a number of influences such as local geography, population density, and even local building code result in variations from metro-to-metro. Expensive gateway markets are generally a hotspot for mid-rise assets. Boston houses the biggest share, while San Jose, Washington, DC, San Francisco and Pittsburgh also have quite a few mid-level properties. Oftentimes, these mid-rise assets provide household density in markets where developable land tends to be sparse. Further, mid-rise assets help address a key issue among urban cores: parking. By making parking either subterranean or in the center of a property in a “wrap” style development, builders can provide density as well as parking options for their renter base. Not every market calls for such construction styles, however. Affordable, less dense markets such as Memphis, Greensboro, Sacramento, and Riverside see mid-rise construction styles as an exception more than the norm. In fact, in these metros, less than 5% of the local inventory qualifies as mid-rise. In these metros, it’s often economically feasible to provide ground-level parking in a garden-style development.