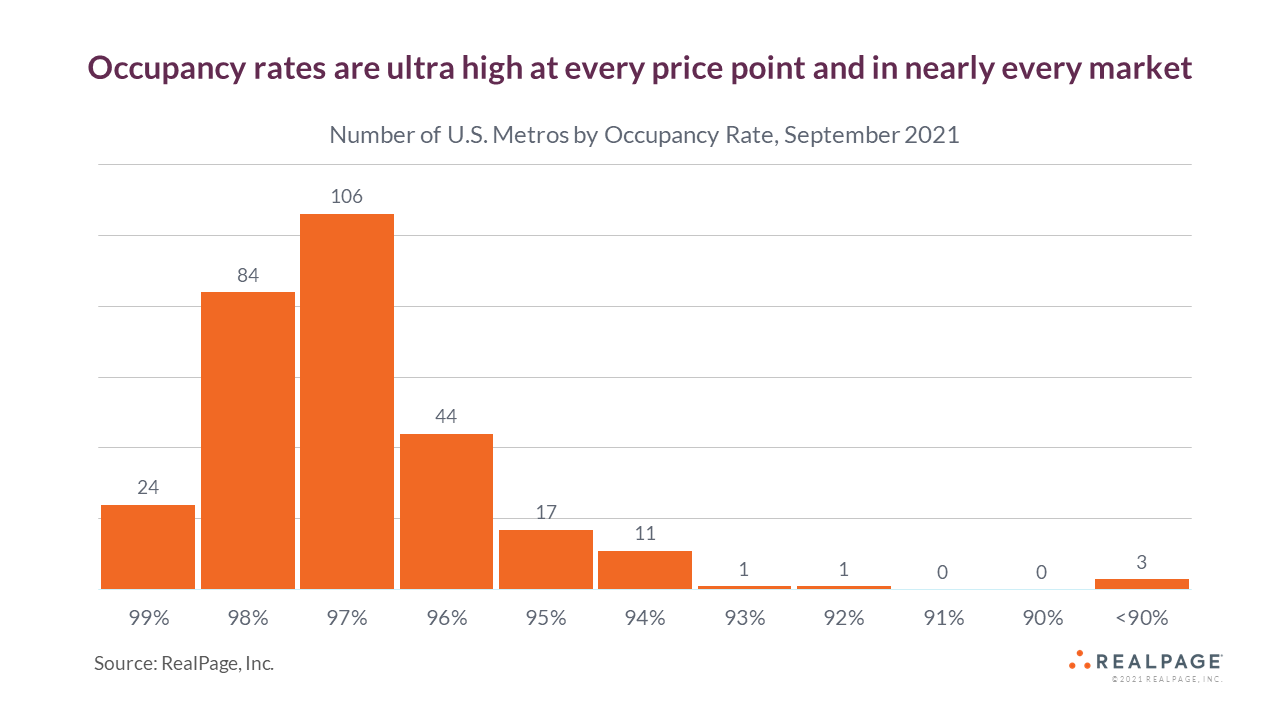 With occupancy hitting historic records across much of the nation in September, rates for conventional apartment product are clustered tightly together in most areas. As of September, most markets across the U.S. fall into the 97% to 98% range for apartment occupancy. Major markets – defined as those with the 50 largest apartment stocks in the nation – that have seen occupancy climb into this category in the past year include West Palm Beach, Cincinnati, Orlando, Salt Lake City and Milwaukee. At the next tier of performance, a large portion of markets registered September occupancy between 98% and 99%. Some of the major markets in this range are less expensive neighbors of larger employment hubs that benefited from the trend toward an at-home workforce during the COVID-19 pandemic. Some of these beneficiaries include Anaheim, Providence, Riverside, Virginia Beach and Sacramento. In the 99% and above category, this pattern was also apparent, though smaller markets were the only contenders here. Some of the nation’s strongest secondary apartment markets are Salisbury, MD-DE, Allentown-Bethlehem-Easton, PA-NJ, Santa Maria-Santa Barbara, CA, Manchester/Nashua/Concord, NH and Naples-Immokalee-Marco Island, FL.