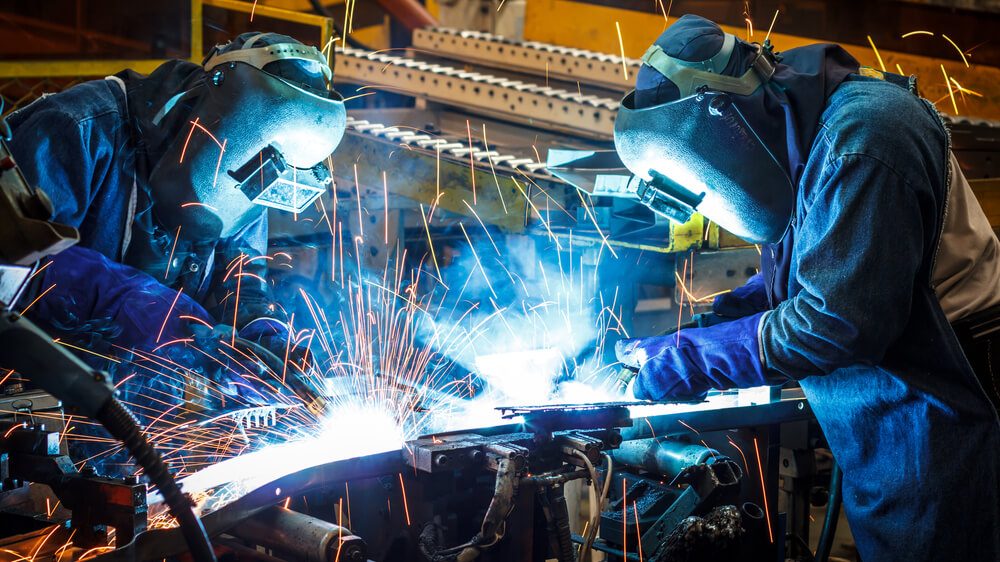 The U.S. manufacturing industry has always been one of the strongest contributors to the national economy, both in terms of employment and goods. This closely watched industry garners a great deal of interest from economists and politicians alike. That’s why the industry’s recent momentum is a noteworthy development. Recent gains in manufacturing employment have been surprisingly strong and are spread throughout the country, not just in the Rust Belt. 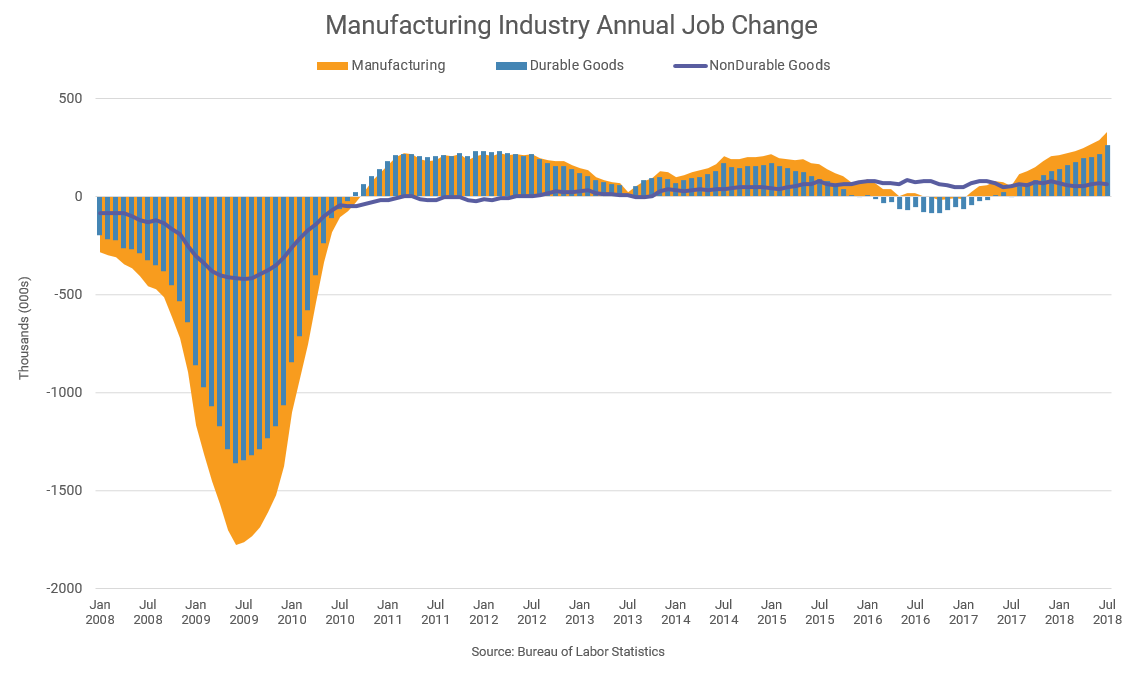 It is important to distinguish between the two main sectors of manufacturing goods that are being created – durable and nondurable. Nondurable goods are consumed rather quickly and include food products, fuel, paper products and other personal products. Employment in firms creating durable goods encompass jobs producing things like cars, refrigerators, computers and other machinery.

Employment and job gains in nondurable goods manufacturing has been pretty steady over the years, with about 64,000 jobs added annually since 2015. The real action has been in the durable goods sector, which has seen employment gains go from slightly negative in 2016 to more than 260,000 in July.

Several of the durable goods subsectors are contributing to these strong gains in the 12 months ending July 2018. They include:

The next big question is, where are these manufacturing jobs going?

The following table shows the top 25 metropolitan statistical areas ranked by annual percent growth in manufacturing employment with annual gains of at least 1,000 jobs and annual growth of at least 4.8% through July 2018. The list includes metros both big and small, with a preponderance of smaller metros (under 300,000 total employment) as their smaller employment base provides larger percent increases.

Generally, the top 25 manufacturing jobs gainers are metros that already devote a large share of their local economy to manufacturing. Manufacturing employment in the U.S. comprises 8.6% of total non-agricultural employment. The average for these top 25 is 7.7%. But if excluding the large, non-industrial metros like Miami, Orlando, Phoenix and Las Vegas, the average rises to 12.1% (including Cleveland). 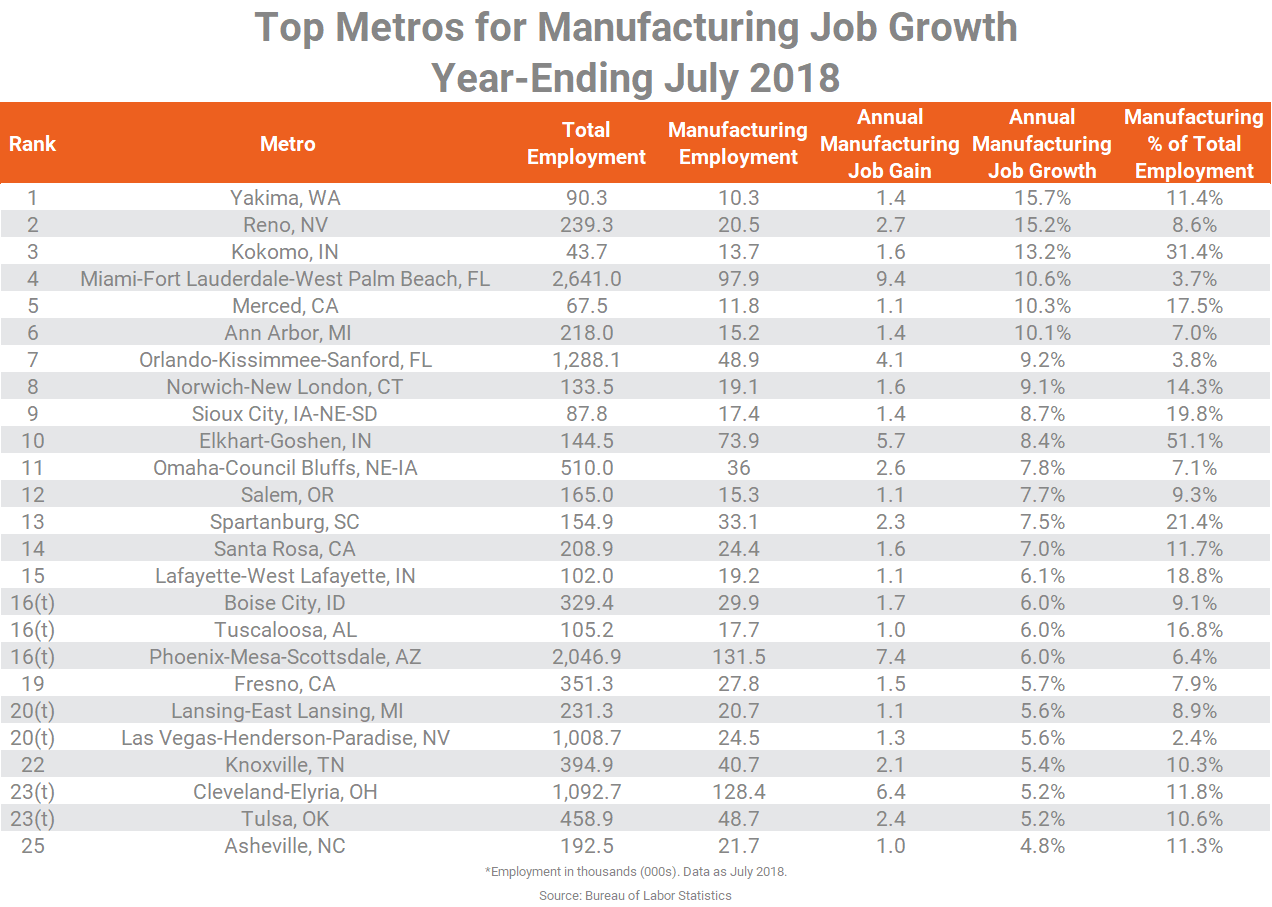 A few large metros with 1 million-plus total employment made the top 25 manufacturing job gain list, with Miami-Fort Lauderdale-West Palm Beach and Orlando falling in the top 10. Phoenix, Las Vegas and Cleveland also landed in the top 25.