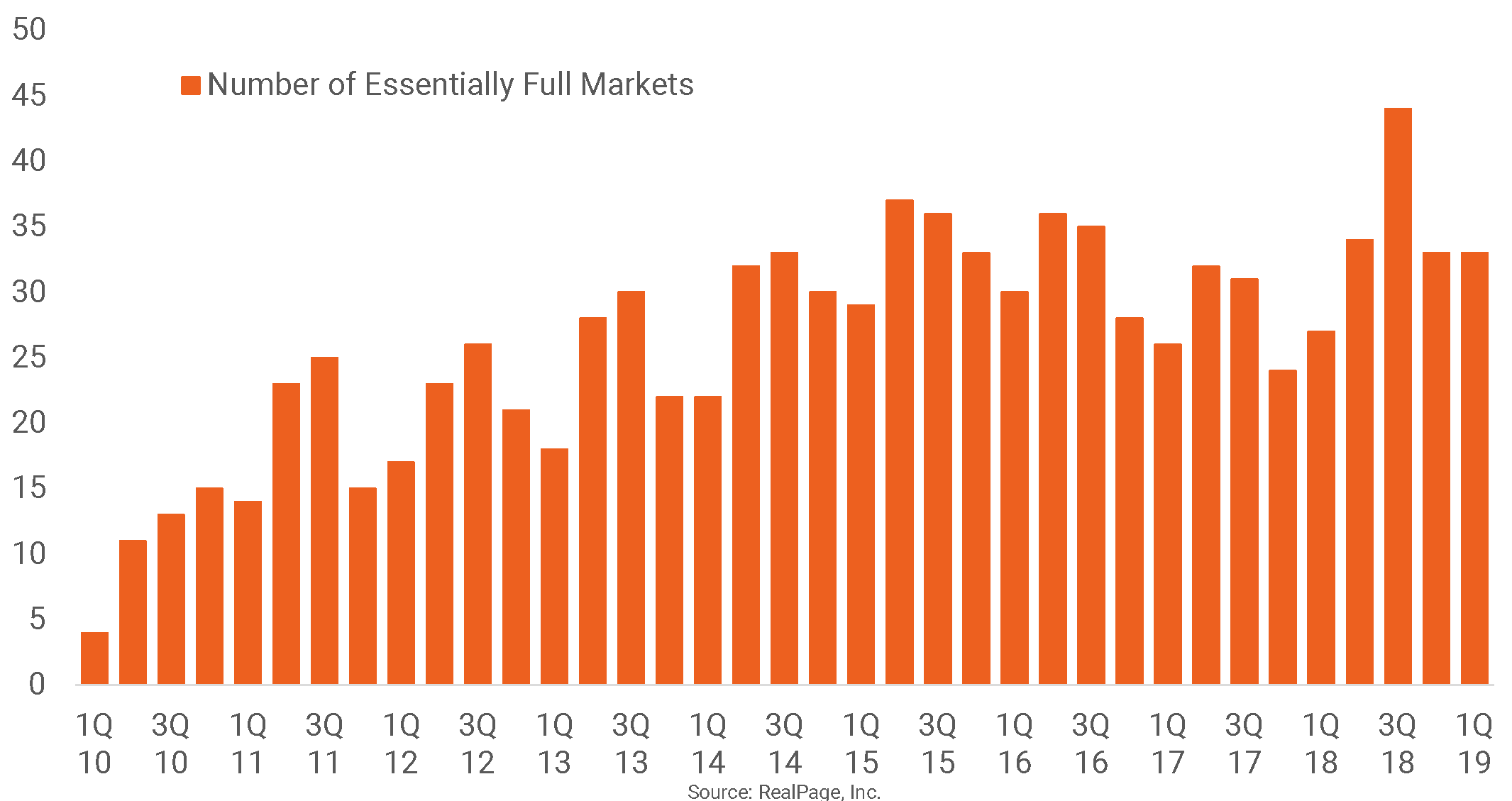 It’s gotten harder to find vacant apartments in major metropolitan areas in recent years. Since 2014, the majority of the nation’s 50 largest apartment markets have seen occupancy of 95% or higher, threshold at which a market is considered essentially full. In 1st quarter 2019, 33 markets recorded occupancy at or above 95%. That number was down from the cycle high of 44 just two quarters earlier, a decline driven by large supply volumes in nine of the 11 markets that dropped below the 95% threshold following 3rd quarter 2018. For comparison, only four of the top 50 markets nationally recorded occupancy rates at or above 95.0% at the beginning of the cycle in 1st quarter 2010. During the cycle, only four markets have consistently maintained occupancy of 95% or greater: Miami, New York, Oakland and San Francisco.