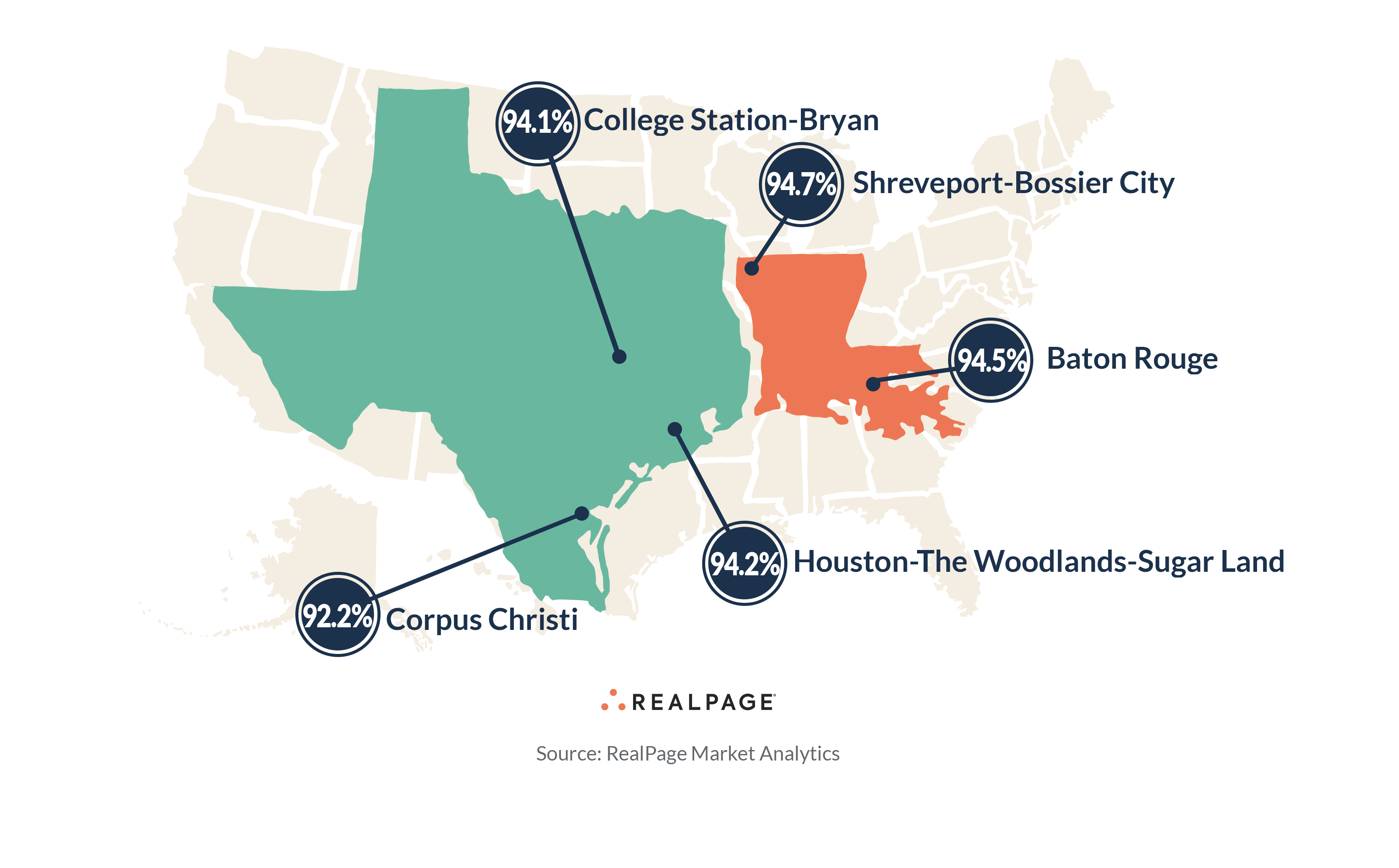 Some of the lowest apartment occupancy rates in the U.S. can be found along the Gulf Coast. In today’s market, even the worst occupancy rates aren’t that bad, but the nation’s worst performers in June were Texas and Louisiana markets, and mostly along the Gulf Coast line. Coastal markets can be more prone to occupancy swings caused by hurricanes and other natural disasters. The lowest showings nationwide are in the small Texas markets of Corpus Christi and Midland/Odessa (decidedly not along the coast), which both had June rates of 92.2%. Two more Texas markets – College Station and Houston – logged rates around the 94% mark. Two Louisiana markets – Baton Rouge and Shreveport – had June occupancy showings at 94.5% and 94.7%, respectively. Two markets that are just a few hours from the Gulf Coast – San Antonio, TX and Jackson, MS – had occupancy of 94.9%, tying with the rate in West Palm Beach on the Atlantic coast.