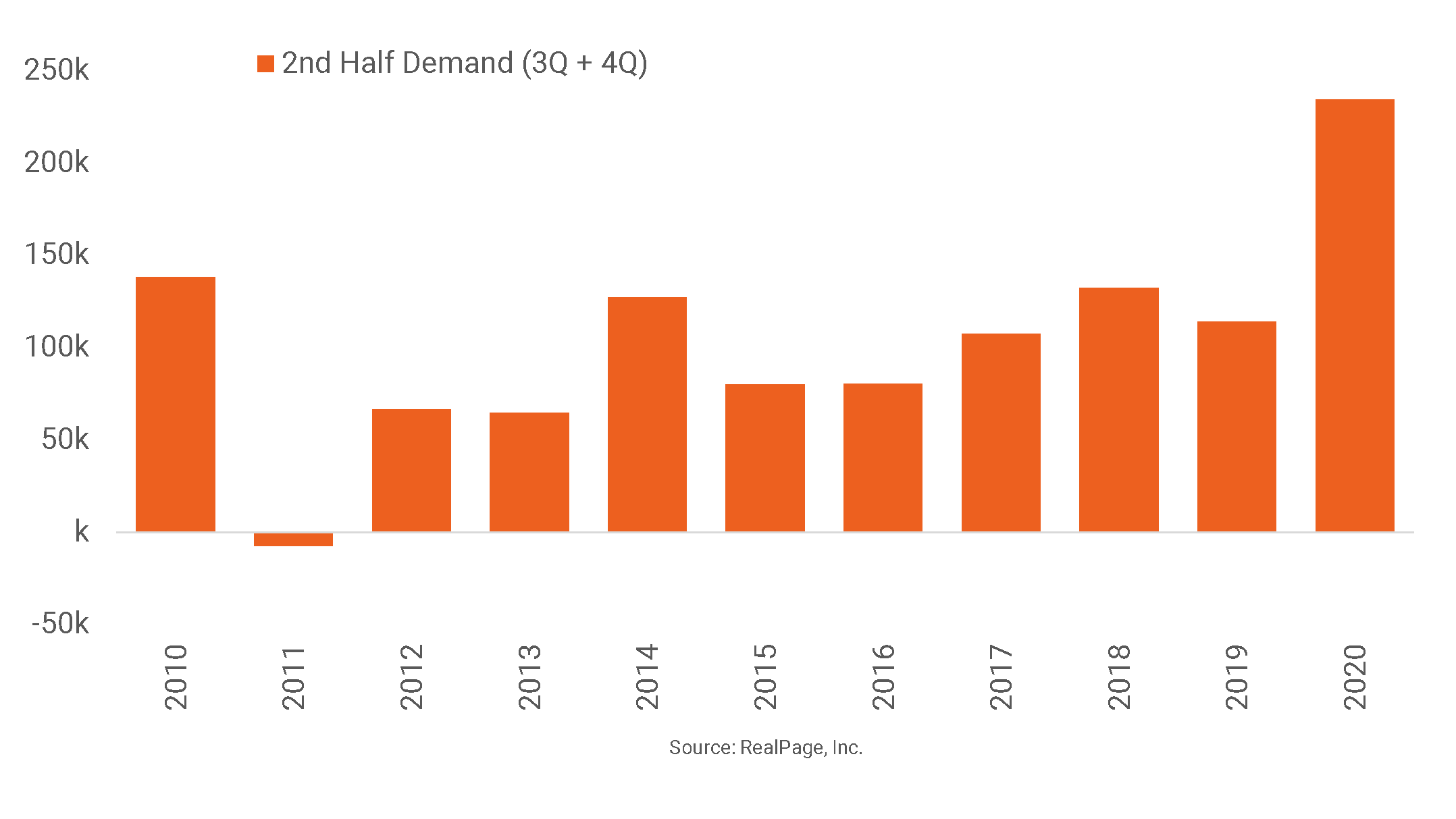 A resurgence in absorption was one of the key themes in the last half of 2020, a trend that was perhaps surprising to some considering underlying economic weakness. After apartment leasing slowed drastically in the spring and early summer of 2020, demand shot up to decade peaks in both 3rd and 4th quarters, showing just how much new shopping occurred during the back half of the year. In 3rd quarter, some 156,000 units were absorbed while nearly 79,000 units of apartment demand registered in 4th quarter. Together, that resulted in about 234,000 new leases during the second half of 2020. That was 70% greater than the previous second half of the year peak, which was a comparatively meager 138,000 units absorbed in 2010.